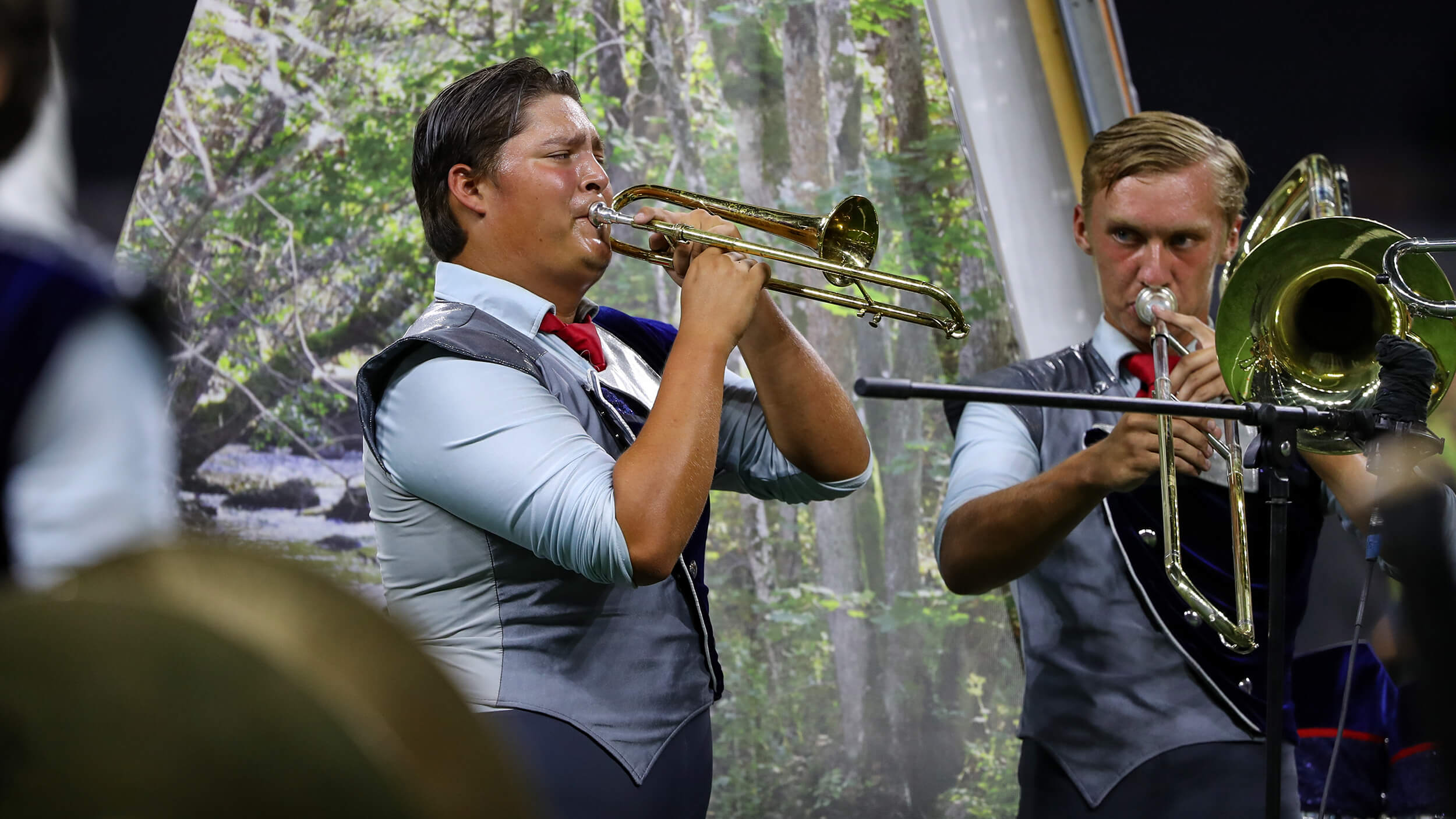 A Genesis performer plays on a soprano trombone during the corps' 2019 "From the Ground Up" production.Photo by: Drum Corps International 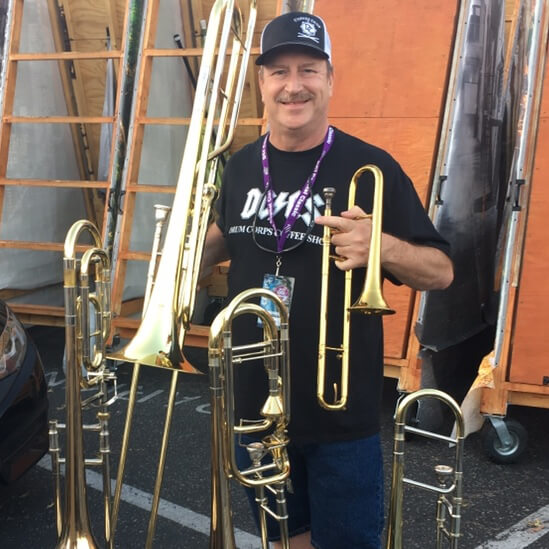 In his first season as music supervisor and brass arranger for Genesis, Key Poulan knew he wanted to pull something unique out of his repertoire.

In an effort to create something special for the 10th-anniversary edition of the Austin, Texas corps, Poulan decided to arrange Susanne Sundfør’s haunting “The Sound of War” for a specialized quintet featuring soprano, alto, tenor, bass, and contrabass trombones.

Poulan’s quintet follows up what he did with the Mandarins as brass arranger in 2018. When the California corps made the DCI World Championship Finals for the first time last year, they marched with an ensemble of 12 tenor trombones (the most common variety of trombone) for the entire show. Prior to that, other corps had utilized trombones, but never used the instruments for an entire production.

The 2014 summer season marked the first in which all forms of brass instruments were allowed by a new DCI rule. Tenor trombones found a home that season with the Madison Scouts and Santa Clara Vanguard. The Scouts featured a small amplified ensemble in a jazz piece during the corps’ Stan Kenton and Don Ellis show and Vanguard featured 24 trombones in the very opening moments of the corps’ “Scheherazade” production.

Poulan did not write either of those arrangements, but was influenced by what trombones could do in a corps’ production, which is providing a tonal color that can pierce and lead, yet also be mellow and soothing.

During the Vanguard Cadets’ 2015 production, his arrangement of “Girl with the Plums” from the motion picture, “Perfume,” showcased what Poulan says is the first bass trombone used in DCI competition. Director Steve Barnhill, an accomplished trombonist, thought the bass trombone would add an extra dimension to the corps’ trombone quintet feature.

With a well-established affinity for the instrument, Poulan’s inspiration for Genesis’ feature came after being introduced to the Orion Brass Company’s contrabass trombone at the 2019 Texas Music Educators Association convention. He has a personal collection of 25 trombones and says he was intrigued by the idea of tackling something near to his heart as a trombonist, composer/arranger, and especially as a collector. In fact, the soprano trombone used by Genesis is a vintage 1920s Conn from his personal collection.

Does the future hold anything for Poulan and his scoring for unique brass instruments? Never say never. He mentioned that he owns four classic double-bell euphoniums, instruments that were popular in the early 20th Century, the two bells producing different tone qualities.

Poulan added that he would particularly love to bring a cimbasso to the field, an over-the-shoulder contrabass trombone with valves arranged vertically while the bell points forward. The instrument has enjoyed increased popularity in more recent scores for films such as “King Kong,” and is prominent in the theme to “Game of Thrones.”

As for wondering if some might see the use of the unique trombones as a gimmick, he had no concerns the ensemble would be considered just a novelty, stating, “The trombone is an instrument way beyond a bugle that can gliss.”