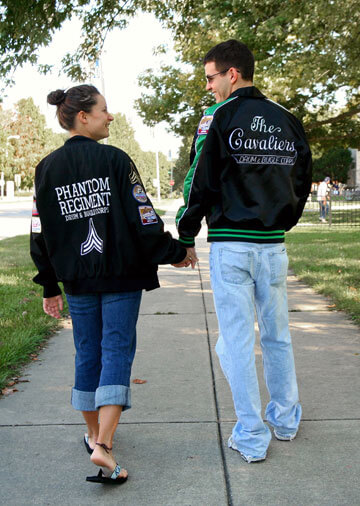 This picture is of Emily Fetcho, a mellophone player with Phantom Regiment, and Sam Bivens, a tuba player with the Cavaliers. This girlfriend/boyfriend met in a music class last year at Butler University in Indianapolis where they are music majors. The rivalry throughout the summer was somewhat intense, and they both intend to compete again in 2007. Obviously they have a way of occupying their time during the off season.