From a Jersey Surf press release: Jersey Surf Executive Director Bob Jacobs is pleased to announce the first of several key additions to the corps' instructional and administrative teams. 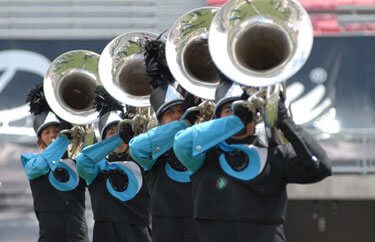 Jersey Surf has named several key additions to its operational and instructional staff for the 2007 season.
Long-time instructional staff member Brian Prato will be taking on the new responsibilities of director of operations/corps manager on the administrative side of the organization. In his new position, Prato will be responsible for most of the day-to-day operations of the Jersey Surf, including scheduling and staffing, tour planning and many of the often invisible logistical operations which enable the corps operation to move, eat, sleep, rehearse and perform with optimal efficiency. Other team members named are Fred Ford as program coordinator, Ed Devlin as visual designer and Chad Wyman as percussion caption head. Read more on www.jerseysurf.org.