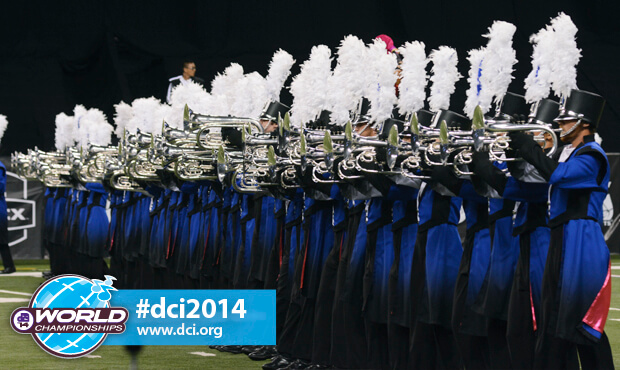 Blue Devils
Blue Devils came within two tenths of setting a record on Thursday when the Concord corps conquered all at the 2014 DCI World Championship Prelims. Their score of 98.550 just barely misses the previous Prelims high score of 98.700 held by the 2002 Cavaliers. Snare drummer Brandon Olander is new to the Blue Devils, and at 16 years old he is the youngest member of the corps. Coming that close to setting a new record was a really exciting moment in his young drum corps career. "It feels great. We've just been working really hard all season, not just for the scores, but also for ourselves. It looks like that work has really paid off," said Olander. Blue Devils took home first in all captions except percussion, which was reclaimed by Santa Clara Vanguard (4th, 95.450) with less than one tenth to spare. 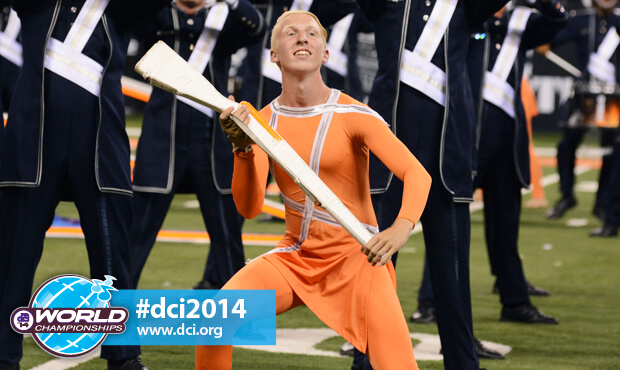 Bluecoats
Bluecoats (3rd, 95.800) finished a mere four-tenths ahead of Vanguard and the two tied for third place in the overall visual caption. The Cadets, who received second place with a score of 96.925, also took second in the overall general effect and overall visual captions. The corps finished in third behind the Bluecoats in overall music. Last year's World Class Champion, Carolina Crown's award-winning horn line finished second by a tenth under the Blue Devils, taking home fifth place (94.750) overall. The Cavaliers finished sixth with a score of 93.600, while the Blue Knights (7th, 91.650) were more than a point behind the Green Machine. Blue Knights front ensemble member Heather Rau has enjoyed her time with the corps and is experiencing mixed feelings about the Prelims performance. "It feels great, but it's also heart wrenching because you know there are only two more [performances] and then you're done," said Rau. 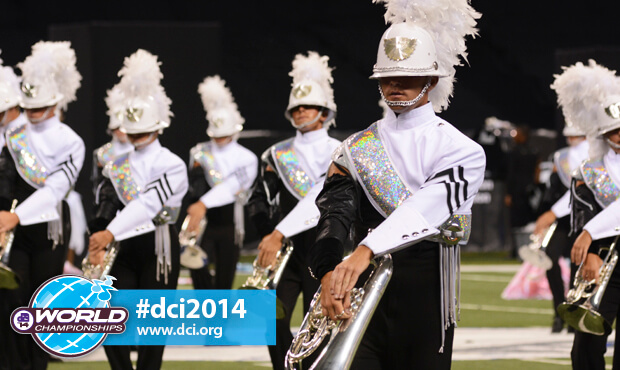 Phantom Regiment
Phantom Regiment's performance of "Swan Lake" earned them a score of 91.025, good enough for eighth place. Meanwhile, Blue Stars (9th, 89.375) crept ahead of Boston Crusaders (10th, 89.125) for the first time since the 2010 DCI World Championship Finals. After the first night of competition in Indianapolis, Madison Scouts (11th, 88.425) Crossmen (12th, 86.250), and Colts (13th, 84.725) find themselves on and around the cutoff of the 12 corps who will advance to the Finals competition on Saturday. Though a little more than one and a half points behind the Crossmen, Colts director Vicki MacFarlane says that her corps members still have plenty of performance left in them. "Everything we've got. Every moment. There's no letting down," MacFarlane said. "We shouldn't depend on numbers to find motivation. Whether we're 14th, 12th, or anywhere in between or around that, the Colts have the inner drive it takes to be great no matter what anybody says about them." 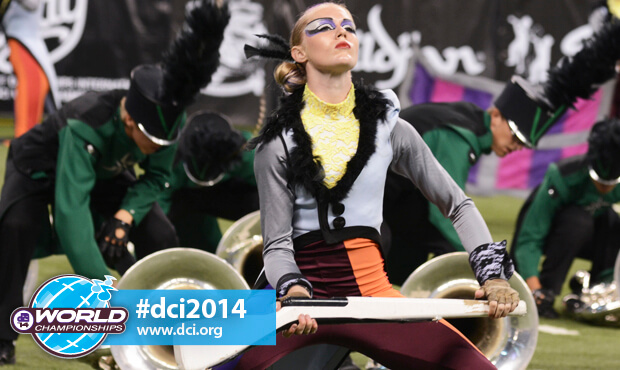 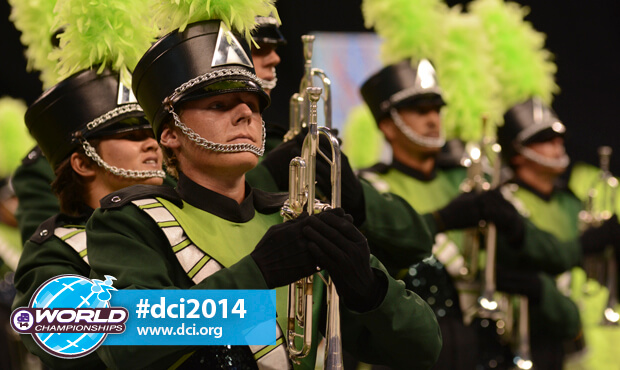 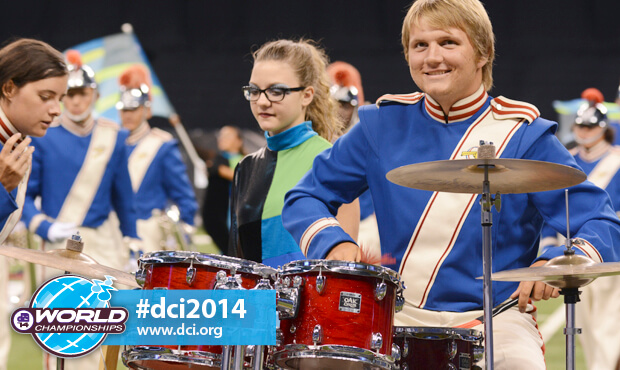 Racine Scouts
"It's a testament to our hard work, and given the history of the corps, it's really exciting to receive this recognition. We put in a lot of effort every day, and we love what we do," said drum major Aeris Kania. Two international corps, the Blue Saints from Canada (36th, 51.250) and Patria (37th, 46.375) from Guatemala, round out the bottom of the rank, but take home wonderful memories of their competitive tours. "Being in this stadium with DCI has fulfilled a dream of mine," said Patria director Gabriel Estrada. "We've seen almost every group perform, and we've learned a lot form this experience. It's not very easy for us to travel all this way, but we would love to come back in the future." The top 25 corps from tonight's competition will return to Lucas Oil Stadium to perform in the Semifinals Friday, Aug. 8. The top 12 from that event qualify for the Finals competition on Saturday.