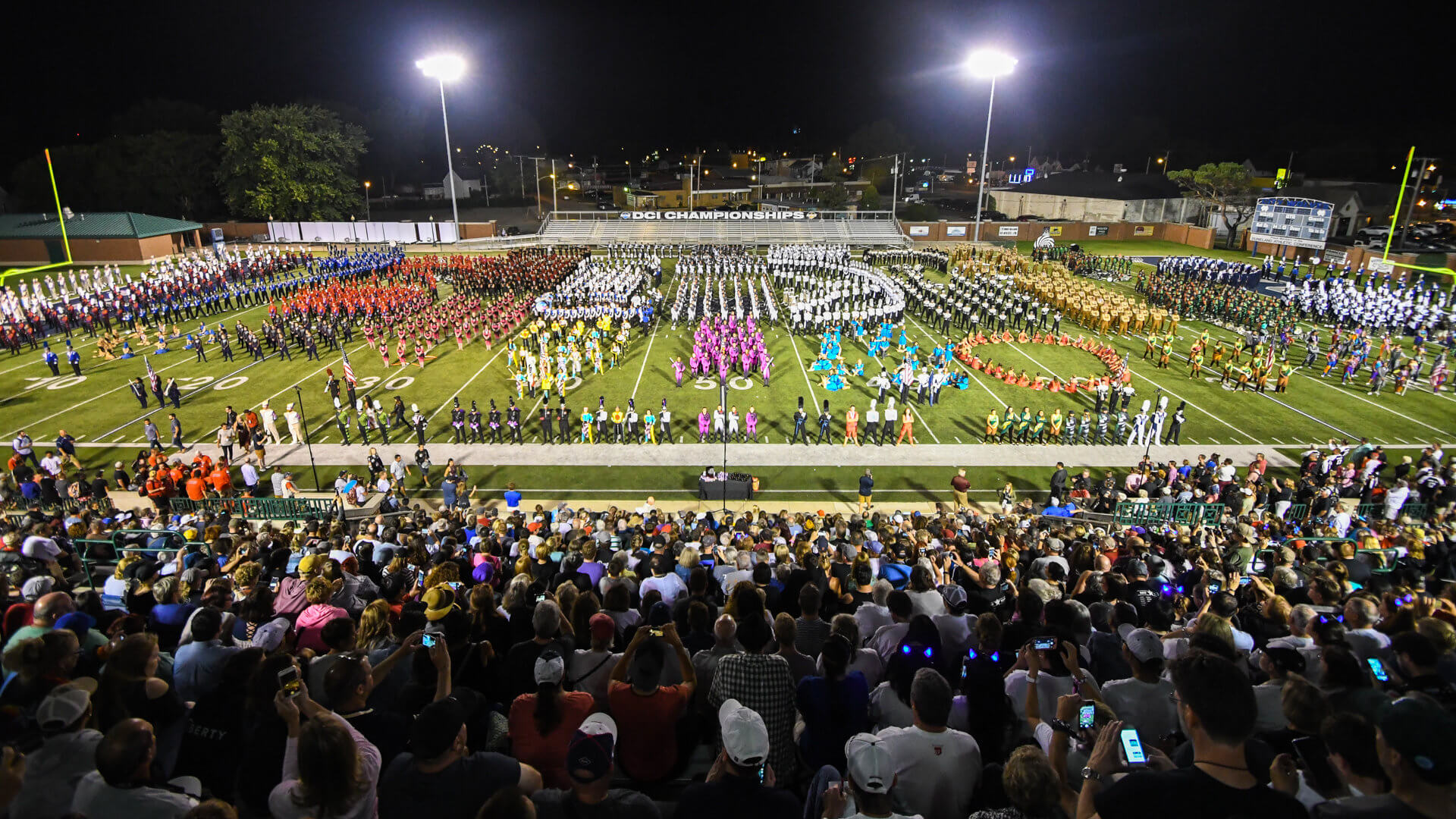 Corps take the field for during the finale of the Open Class Finals in Michigan City, Indiana.Photo by: T. McCourt, DCI.org

Louisiana Stars (6th-73.213) received the award for “Most Improved Open Class Corps” for the 2nd year in a row. Percussion placed 5th, and all other captions were 5th or 6th, except for 9th place in GE 1.

In International Class competition, THE COMPANY (1st-72.325) scored higher than five of the Open Class finalists.

All Open Class corps will head to Indianapolis to compete in the DCI World Championship Prelims at Lucas Oil Stadium on Thursday, August 10. They will be seeded into the lineup based on reverse order of finish in Michigan City.