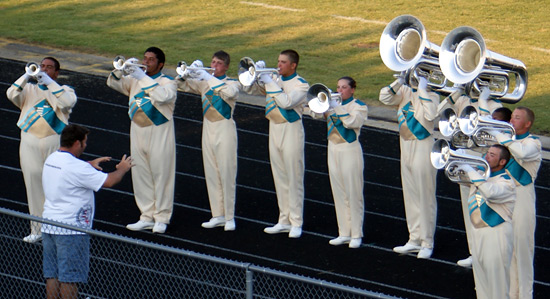 This photo was taken at the Tidewater Summer Music Games held July 7, 2009 at Kings Fork HS in Suffolk, Va., and is of a Teal Sound ensemble performing the National Anthem prior to the competition. As a trombone player since I was eight, over the years I've added euphonium and tuba to my arsenal. I marched for six years in junior and senior high school and for four years with the Marching Virginians at Virginia Tech. While I've never participated in a drum corps, I certainly love to experience their performances.