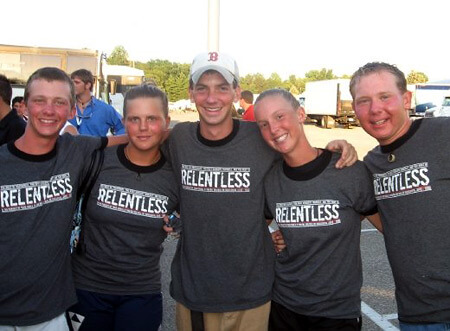 This photo of members of the Glassmen soprano (trumpet) section was taken in the lot after the Glassmen's World Championship Finals performance in 2008. We're all wearing a shirt with the 2008 tour motto "Relentless," which the sopranos certainly were!

From the left: Tyler, Kristen, Billy, Heather and Clayton.