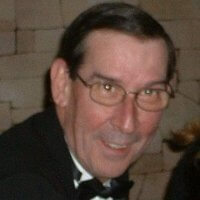 Bill Duquette
Former Spirit of Atlanta Executive Director William "Bill" Duquette, known to some as "Duke," passed away in April after a long illness. He was 66. Former Spirit of Atlanta Tour Director and Magic of Orlando Corps Director James Newman described Duquette as, "One of many individuals over the years, I'm sure, that never received the credit they deserved. Having worked under Bill for five years with the corps, I can tell you that he was instrumental in saving what we have today with the Spirit of Atlanta." Duquette was a member of the National Guard for 20 years, and began his drum corps involvement with a 1957-1968 stint playing baritone and contra bass with the PAL Cadets of Bridgeport, Conn. He later marched as a member of the all-age Connecticut Hurricanes for three years, beginning in 1970. From 1980-1984, he returned to the Hurricanes and served as director and assistant drum major, and in later years served as an administrative head and staff coordinator. He was named "Hurricane of the Year" for his outstanding work with the corps in 1992, and also holds a place in the Hurricanes' Hall of Fame. After moving to Atlanta, Duquette served as a board member for the Spirit of Atlanta in 1993, and became its executive director later that year. "[Duquette's] first task was to re-build the financial structure of the corps by taking the 1994 season off, which was not a popular choice, but a wise choice in the long run," Newman said. "The corps under Bill's leadership returned to competition in 1995 and Bill continued to build a solid corps each year after until 1999." Also during his time with Spirit of Atlanta, Duquette, who worked 33 years with IBM Global Services, helped pave the way for IBM producing Drum Corps International's television broadcasts from 1995 through 1998. Duquette is survived by his wife of 42 years, Tina Riccio Duquette.