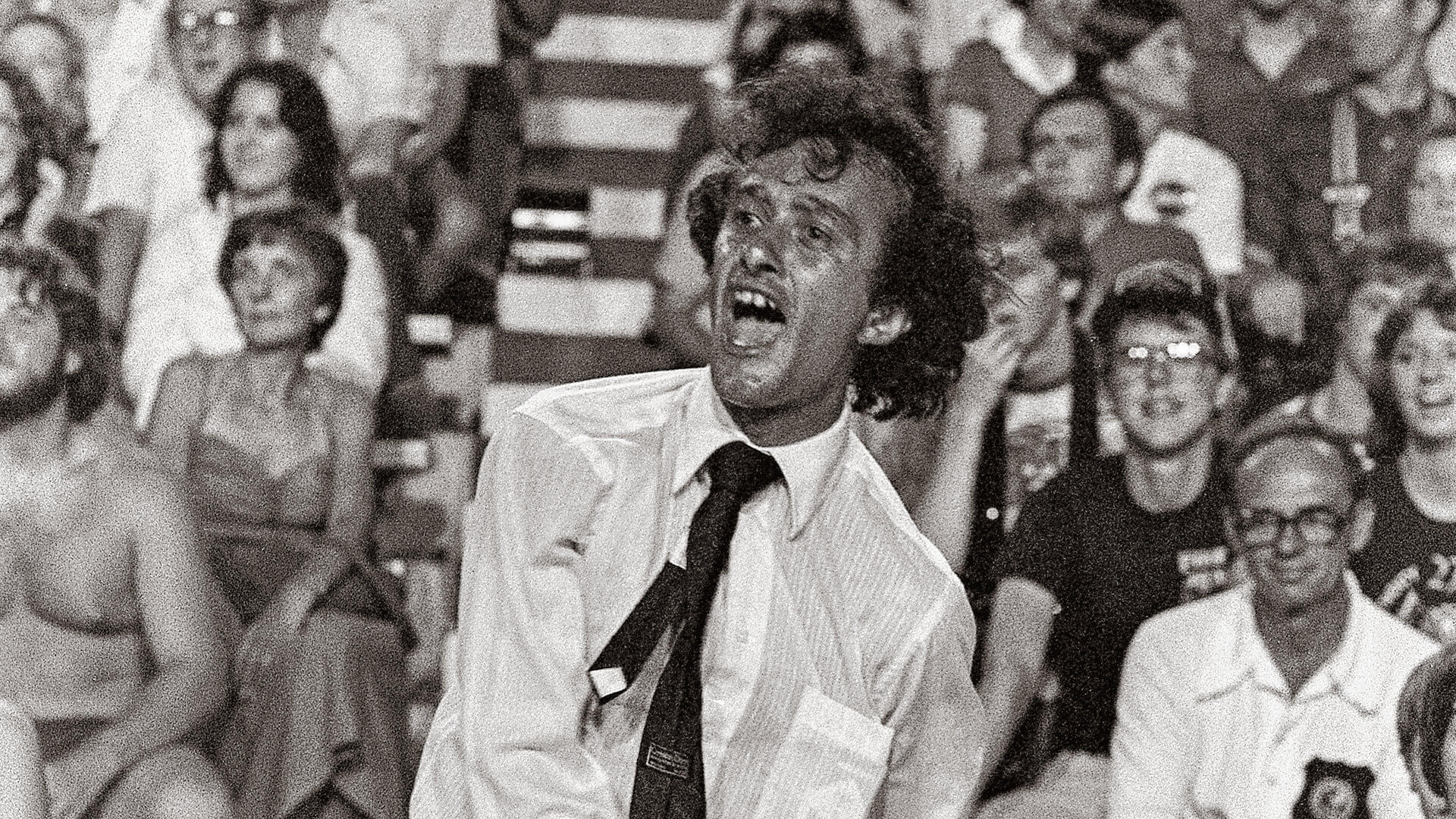 George Zingali cheers on the 27th Lancers during the 1980 DCI World Championship Finals in Birmingham, Alabama.Photo by: Drum Corps International

Twenty-five years ago today, March 6, 1992, the world of marching music lost one of its most creative thinkers and creators of all time.

George Zingali, a member of the DCI Hall of Fame Class of 1991, was taken from us far too soon at the age of 40. However, the drill designers, color guard instructors, and show coordinators inspired by him continue to carry on his work today.

A former drum major for the 27th Lancers, Zingali’s later work with the corps’ color guard led him to try his hand at drill design. In 1983, he stunned many with his development of “flex-drill” for the Garfield Cadets, stating he received inspiration from studying water droplets and manipulating the type of small chains attached to pens at bank teller windows.

Zingali's famed "Z-pull" maneuver as performed by the 1983 Garfield Cadets.

He helped the Cadets pull off a three-peat of World Championship titles between 1983 and 1985, introducing his famous “Z-pull” drill maneuver and stunning all with the come-from-nowhere company front at the end of Cadets’ 1984 “West Side Story” production.

In 1985, he helped a first-year corps, Star of Indiana, break into the World Championship Finals with a drill formation that depicted the Big Bad Wolf running across the field. His final creation came in 1991 when he brought to life the famed cross-to-cross drill maneuver at the end of Star of Indiana’s DCI World Championship-winning “Roman Images” production. Taught during the end of the season solely from what was inside his head, this drill evolution remains perhaps the most discussed in DCI history.

It hardly seems possible that it’s been a full quarter century since his smile, his witty humor, and his sense of humanity has graced the drum corps activity. He would likely be most satisfied with how his work has continued, his charge picked up by those creators he inspired. Through their innovation, they have continued to push drum corps forward, carrying on his dedication to take things to levels no one could have expected, except perhaps him.