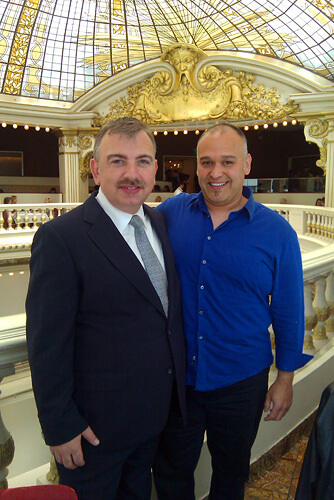 Rich G. and l marched as baritones one spot in between us during the entire show with the Sky Ryders back in 1982. 28 years later we reunited for lunch at Neiman Marcus' Rotunda Restaurant. While chatting we realized that we have been living in the Bay Area for almost 15 years and didn't even know it!