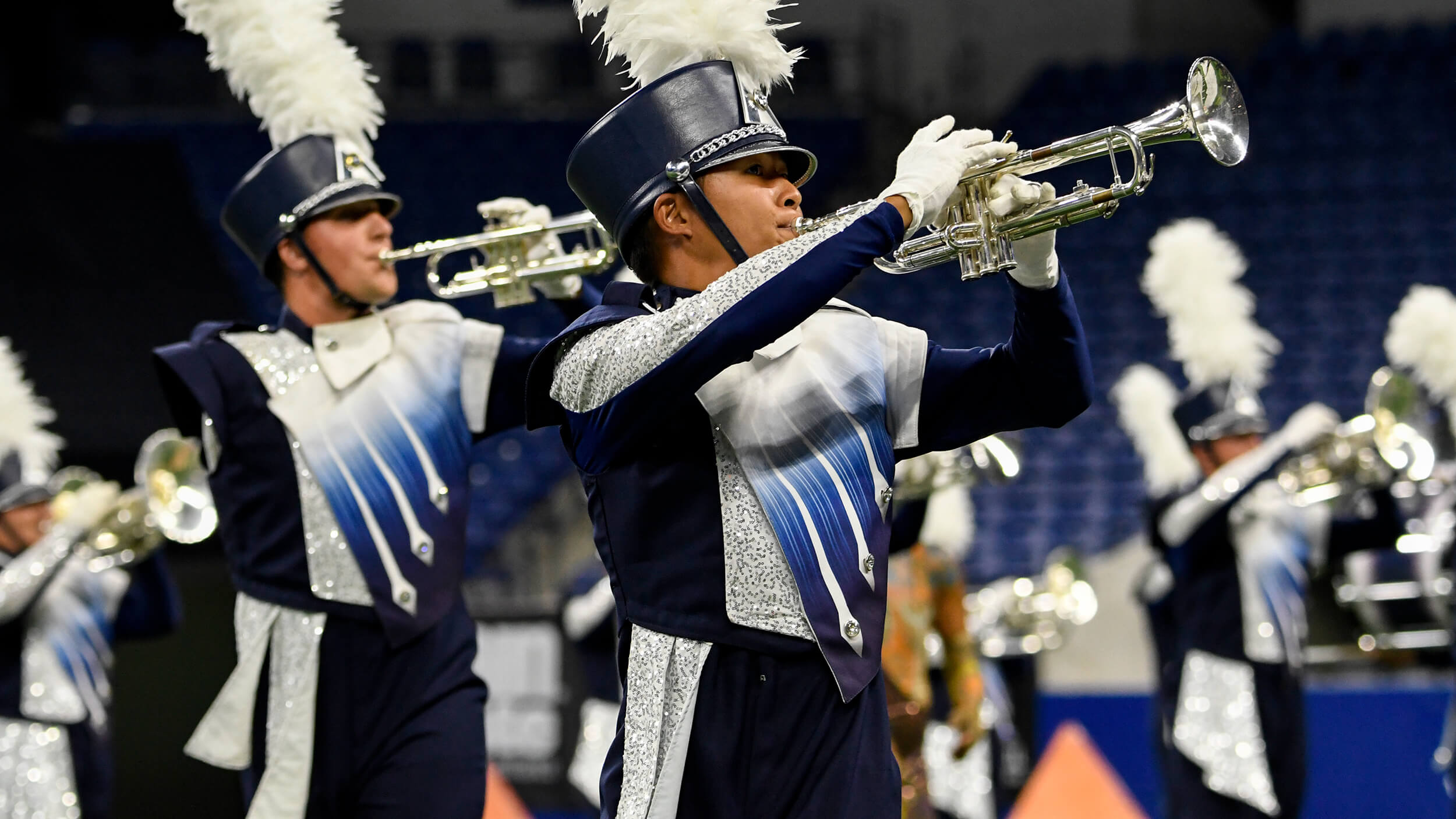 Celebrating the corps’ fifth anniversary, River City Rhythm (RCR) will tell a century-long story, through the lens of the storytellers.

A show concept with plenty of cultural relevance and creative depth, RCR’s 2019 competitive production is titled “Breaking the News.”

“The show is set up to remind people how important journalism has been in telling and shaping the American story,” said program coordinator Paul Weber. “We’re taking it like a chronological historic telling of American journalism, starting with 20th century. We go from a newspaper age, into a radio age, then into a television age, and then finally we move into more modern journalism.”

“It was really motivated by the fact that journalism, the news media, is so much in the consciousness of the American public right now,” he added. “It’s very much out there right now, people are thinking about it. It feels very relevant.”

River City Rhythm is excited announce our 2019 show; BREAKING THE NEWS. Join us as we trace the history of the American experience through journalism from the beginning of the 20th Century through today. Read the full press release: https://t.co/I1FfJ16VPP pic.twitter.com/lU7ptY934B

Musically speaking, there’s plenty the corps could do with this kind of concept; for the most part, its design team chose to embody each specific era of journalism with their repertoire selections.

The show’s opener, “The Typewriter” by Leroy Anderson, sets the stage for an early 1900s scene, as the echoes of typewriter keys — which are built into the work’s original composition — add to the chaos of the 20th century newsroom.

“We really wanted to immerse the audience in that sense of deadlines, having to get the news out,” Weber said. “So, there’s members frantically typing and getting copies over to people to get out into the news. Eventually, out of those desks, we’ll start to pull newspapers out and do some things visually with those newspapers.”

From there, George Gershwin’s “Second Rhapsody” is meant to embody the radio age. The piece, according to Weber, has the feel of the 1920s and 1930s, without carrying a particularly recognizable melody for audiences. The goal in doing so, he said, was to create an accurate sound for the time period, while not triggering any memories viewers may associate with a more popular piece of music.

The show’s ballad, however, will be far more familiar; The Beatles’ “A Day in the Life.” The fitting lyric, “I heard the news today, oh boy…” is said to have been largely inspired by John Lennon’s experience with the news of a given day.

“It made a lot of sense to take a piece of music that’s inspired by the news to be in our show,” Weber said.

Closing with an original work by staff composers Chad Friesleben, Bojan Hoover, Paul Weber, and Craig Myers, River City Rhythm’s final movement will carry a more modern feel to it, as they look to embody the nature of today’s fast-paced, quick-hitting news landscape.

“We’re crossing a path that’s over a hundred years,” Weber said, “So the styles of many things in the show are going to change as we move forward in the chronology of the show.”

With an intriguing show concept and organizational momentum, River City Rhythm has the chance to continue its rise through the Open Class ranks in its fifth competitive season. 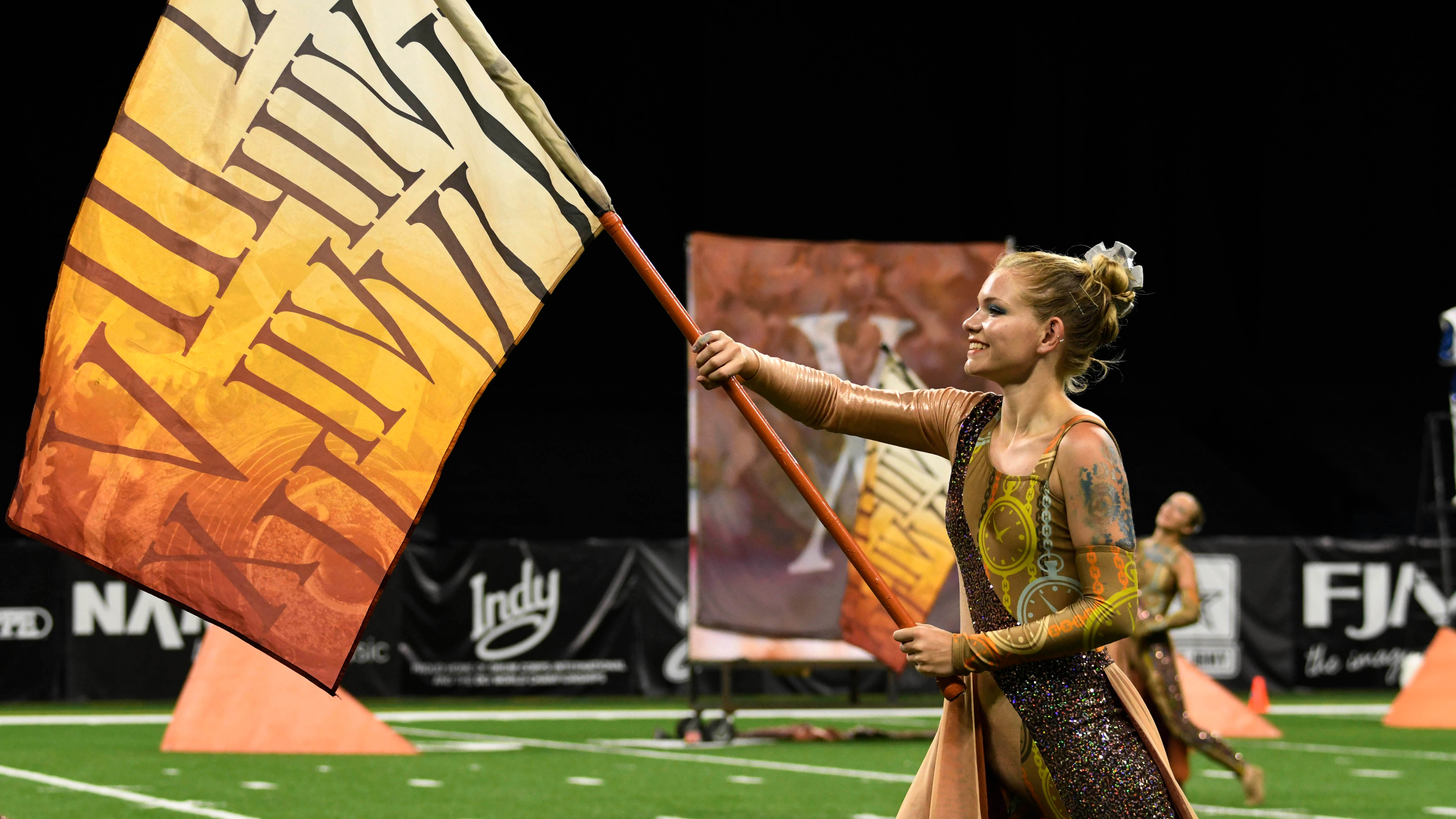 After finishing just outside the Open Class Top 10 in both 2016 (12th) and 2017 (11th), the Minnesota corps rose to ninth a year ago, cracking 70 points for the first time and finishing just over a point outside of the top seven.

“2019 is River City Rhythm’s fifth year, so every year we’ve continued to grow, both in membership and talent and infrastructure,” Weber said. “Every year, we’ve gone out to Indianapolis for DCI Finals, and every year so far we’ve made finals in Open Class, so it’s been an exciting process to be a part of this young corps that’s developing and still building.”

River City Rhythm’s 2019 summer tour will kick off July 2 in Wausau, Wisconsin, and Weber can already see the difference in the corps as it looks to build on recent successes.

“This is going to be the first year where, once we move in in June, we’re going to be on full-time with no breaks in the season … Our corps is shaping up to be our strongest as far as talent goes, and the kids are energized about that.”