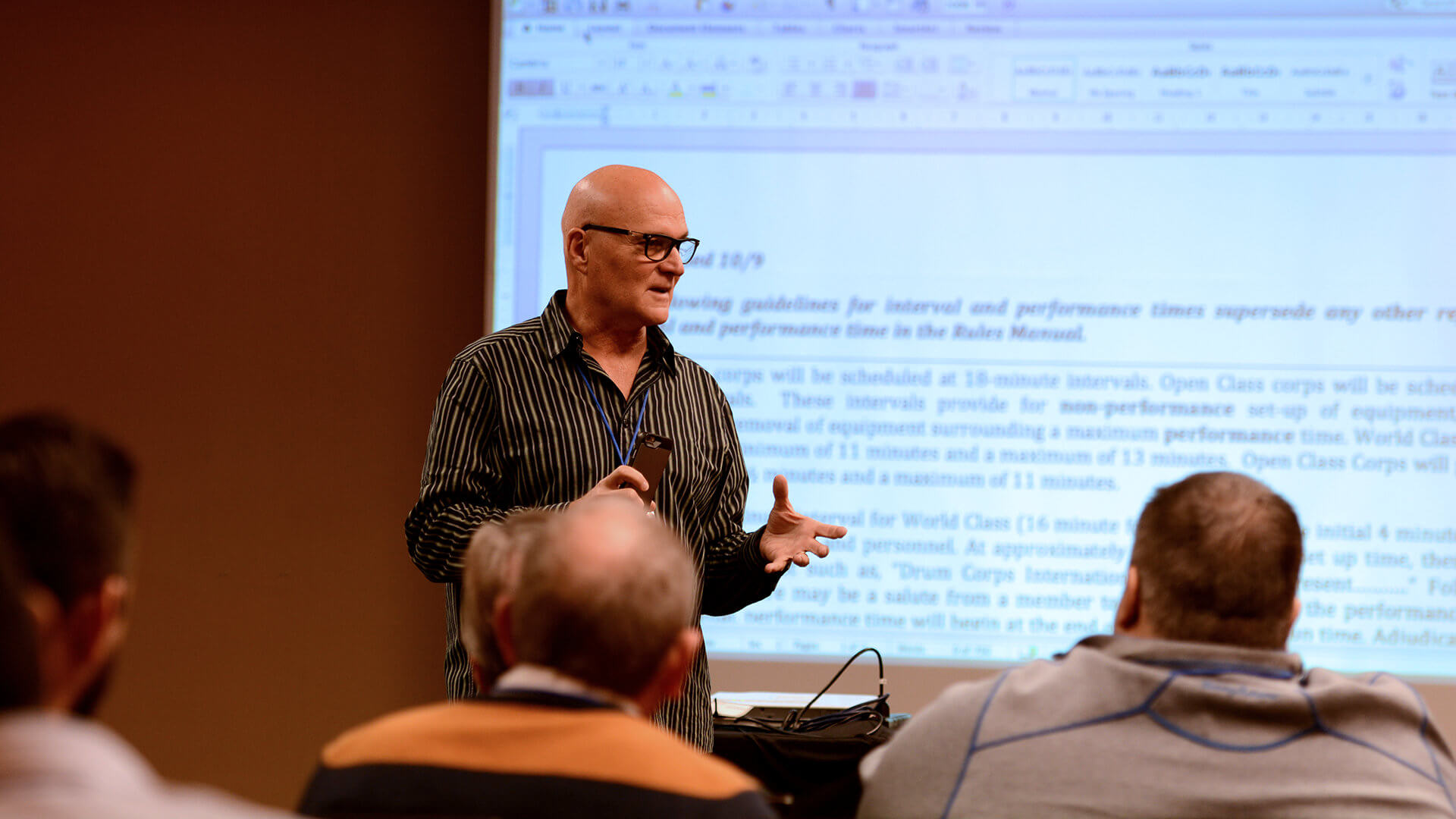 Saturday evening of the Drum Corps International annual winter business meetings in Denver concluded with representatives of DCI’s voting membership discussing rules change proposals presented to them for their review and approval.

Before reaching the voting membership, rules proposals are vetted and discussed in caption-specific caucus sessions made up of corps instructional staff, designers, and judges who serve on the DCI Rules and Systems Task Force.

“We had great participation from all involved in the caucus sessions,” DCI Judge Administrator John Phillips said. “There was a great sense of community within the rooms, leading to a lot of dynamic and engaging discussion on all of the proposals.”

Three rules proposals were withdrawn within the caucus sessions and as a result did not advance to the voting membership. Those included the Convert Percussion 2 to Music Analysis 2, Percussion 2 on the Track/Front Field and Musical Ensemble proposals.

The Field Judges on the Front Sideline proposal failed in a caucus straw poll of 2 to 24 and as a result did not advance to the voting membership.

Passed along to the voting members, the Allowing Half-Tenths for Judges proposal passed in a vote of 18 to 4.

The proposal allowing the Use of Metronome and Speaker in Warmup Areas failed 7 to 15.

Use of Electronic Equipment and Amplification proposal passed unanimously in a modified format which refined wording for logistics and clarification.

The Percussion 1 Sheet and Percussion 2 Sheet Modifications rules both passed in votes of 21 to 1.

In addition to the considerable and thoughtful dialog taking place throughout the weekend regarding the competitive rules and the elevation of artistic standards for all participating ensembles, directors also took part in a series of discussions intended to address opportunities for operational and procedural improvement.

A proposed modification to the timing of competitive performances was tabled until the fall meeting of the membership, pending additional refinement.

One other procedural issue brought to the floor during the session was a proposal to delay the publication of detailed recaps from DCI Tour events until after the completion of the season.

In place of the customary detailed scoring run-down, a summary recap showing total score and results in overall General Effect, Visual and Music captions will be posted online immediately following the completion of each event.

Although corps will be given the opportunity to view detailed scoring results of their performances during critiques following events, judges will not have access to recaps during the competitive season.