Fourteen drum corps performed in the Alamodome this afternoon during the first portion of DCI San Antonio, the Southwestern Championship. The Blue Knights (83.900) placed first in the competition as newcomer the Academy (81.525) finished second, with the Colts (81.425) and Glassmen (81.325) closely behind. These four corps will advance to the evening portion of today's competition where they will compete against the top eight corps of the summer. 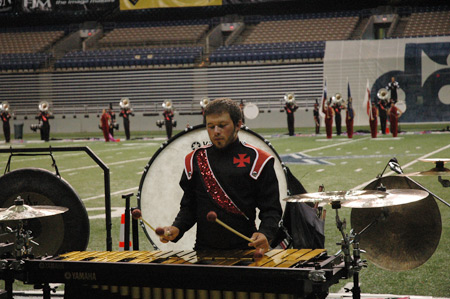