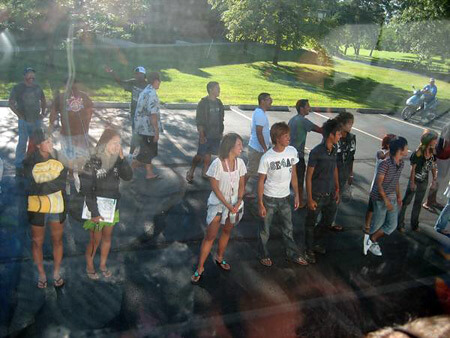 I wanted to share this photo because it was one of the most emotional parts of the summer tour for me and most of my drum corps, Yamato. I got my friend to take the photo as our bus was leaving for the Indianapolis airport the day after the World Championship Finals. Through the window you can see the kids that had to stay behind because of our airline schedule. Most of them were from Japan whereas the rest of us were from Southern California, so saying goodbye to them after marching and touring together for a season was quite a tearjerker.