Kidney donor has met his match 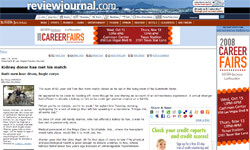 The Las Vegas Review-Journal reports that former DCI visual judge Tom Roe, who over several years has been dealing with kidney failure, has been offered a second chance at life after a selfless act from fellow drum corps supporter, Randy Warner, a man he has only met once.

The two were brought together after Warner last year advertised on the Internet about starting a drum and bugle corps in Las Vegas. As the two conversed over e-mail about the project, Warner learned about Roe's failing health and looked to help him with the donation of a kidney. Warner says in the article, "I decided it was crazy to just let him get sicker and sicker, so I called Mayo. I had read that people can get by just fine on one kidney. They (Mayo administrators) asked me why I wanted to do it, and I said I wanted someone to live so he could stay involved in what he loved, the drum and bugle corps."

Already pegged as a donor match to Roe based on blood tests, on September 29, Warner will start a four-day series of assessments to see if his physical and psychological health is sufficient to go through with the donation.

Hometown hall of famers: More folks who made the grade 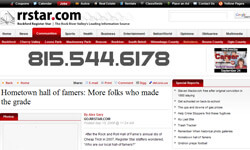 Rockford, Ill. Register Star columnist Alex Gary has compiled a list of some 30 Rockfordites who are enshrined in Halls of Fame across the world; from standard sports fare like the Gymnastics and Figure Skating Halls of Fame, to the more offbeat Halls like those for Adult Video News and International Towing & Recovery. Among the noted is Drum Corps International Hall of Famer Jim Wren, well known in the drum corps activity as the music arranger for the Rockford-based Phantom Regiment from 1968-1996. 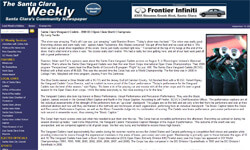