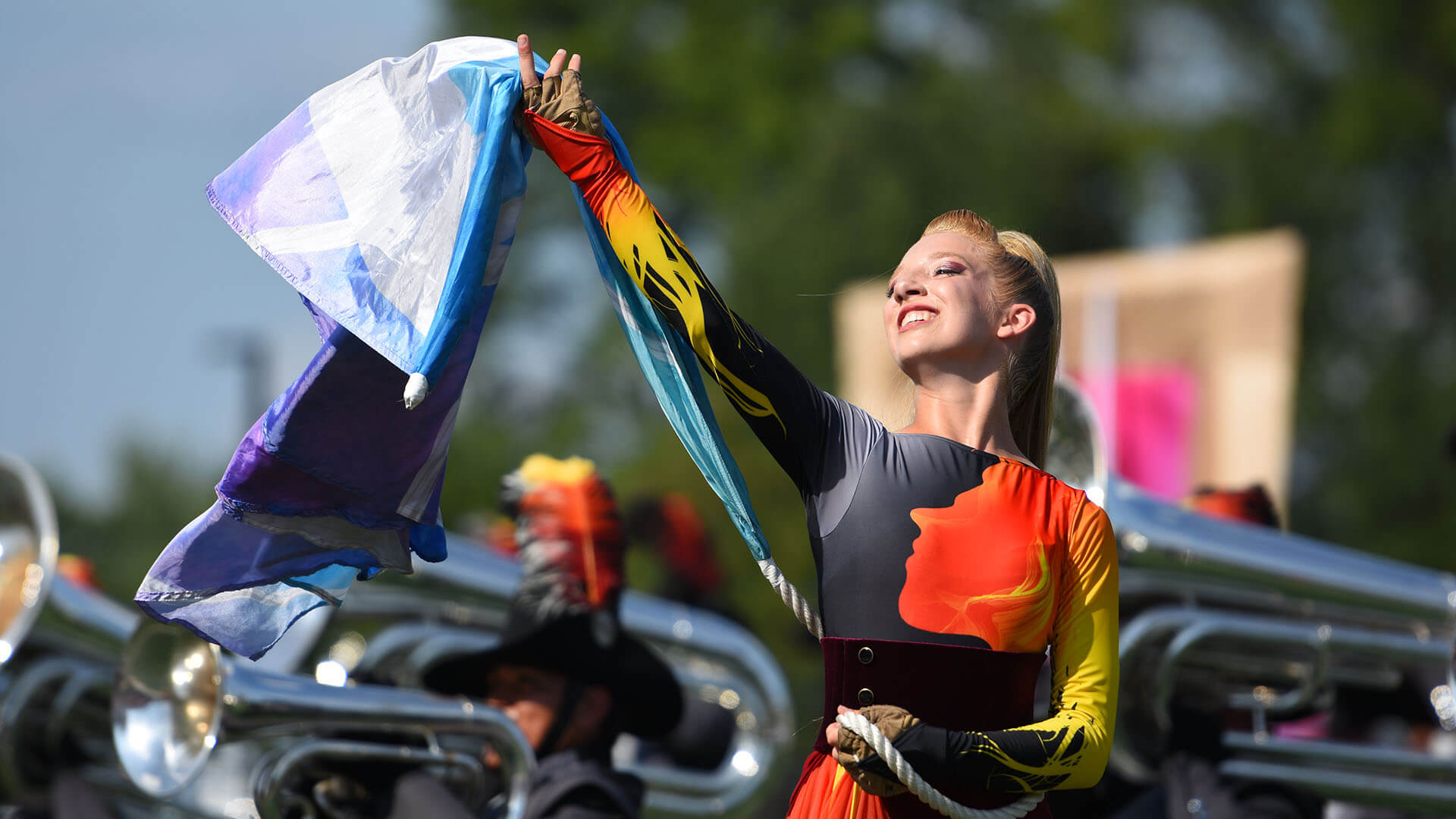 In the five years since its founding as a non-profit organization and participating Open Class drum corps, Shadow has built its community on a handful of key tenants—accessibility, family and a welcoming spirit.

With 2021 being a unique summer for the drum corps activity, Shadow elected not to field an in-person ensemble, but its key characteristics that make Shadow a positive home experience for its many members were still alive and well.

“As we were getting into 2021, we knew that it was going to be a really challenging financial situation in order to get out on the field, and we knew that a lot of kids whose families had been really adversely affected by the pandemic,” Shadow executive director Rebecca Compton-Allen said. “So our priority was to create some really low-price-point experiences, so that kids could maintain or build skills moving into 2022.”

In short, the Wisconsin-based corps presented an entirely virtual offering for its membership, with the aim of offering a low-cost, highly-accessible, and practically manageable opportunity for students to wade back into drum corps after more than a year away from the activity.

Compton-Allen was clear; that goal was achieved, and then some.

“We saw a much better turnout than I was anticipating,” she said. “I knew that virtual drum corps wasn't for everyone, but I'm glad that it was for some people. It was what they needed; the right level of engagement, the right price point. Trying to make something available to kids, that's definitely something Shadow continues to strive for.”

The 2021 “season” started back in the spring for Shadow, with a virtual “spring training” for members. Over the pre-summer months, Shadow participants took part in a variety of skills development programs, corps meetings and social gatherings, and monthly private individual lessons.

And all of the above was accomplished from home, so as to maximize accessibility and safety during the ongoing pandemic.

“Everything was virtual, there was no meeting in person whatsoever,” Compton-Allen shared.

But the corps didn’t stop with education.

While developing students’ abilities was a major proponent of Shadow’s 2021 endeavor—Compton-Allen shared that Shadow makes a point to be a “training ground” for students to grow as musicians and performers, and potentially use their experiences to pursue personal goals in World Class drum corps and other performance opportunities. The experience culminated in a unique virtual production, one that went far outside the box of average, everyday drum corps.

Shadow, thanks to a mutual connection to Brazilian electronic musician Amon Tobin, was given permission by Tobin to utilize six of his songs, and build drum corps arrangements on top of those tracks.

The result was “Superconductor,” a fully virtual production in which Compton-Allen described Tobin’s music as the “conductor” for the whole show.

“He was totally supportive and cooperative and loving with it,” she said. “Working with a living artist is always such a cool opportunity for kids and staff.”

“Superconductor” premiered on September 12, following a challenging yet rewarding video and audio design process. The program is available for viewing with a $21 ticket, as Shadow seeks to continue building its resources for a strong 2022 experience.

In terms of what that 2022 offering will include, Compton-Allen shared that Shadow is working toward being a participant in DCI’s Open Class division once again.

According to Compton-Allen, DCI has offered a variety of resources to Open Class organizations looking to transition back onto the field and into touring, an asset that’s been key to Shadow’s operation looking forward to next summer.

“DCI’s Open Class is doing a really phenomenal job of walking each corps through the re-entry back on tour,” she said. “They’ve provided all of us directors with a fantastic checklist of things that they'd want to see in preparation for 2022, and they're providing mentorship and guidance in a really great way.”

Even so, though, while full details on the 2022 edition of Shadow are still in the works and have yet to be shared publicly, Compton-Allen noted that interest forms have already been flooding in from prospective members.

She admitted, she’s not quite sure just where the influx of interest is coming from, especially since Shadow has yet to advertise any audition or participation information.

But regardless, it’s a very encouraging sign—one that shows that Shadow’s 2021 operation was a perfect bridge into the year ahead, that the corps’ familial community remained strong through not one, but two years without in-person gatherings, and that the corps is setup for a strong future in the years to come.

“It's been great to see that without any advertisement at all, those interest form submissions are coming in,” she added. “That gives me a lot of hope about our activity in general for 2022.”