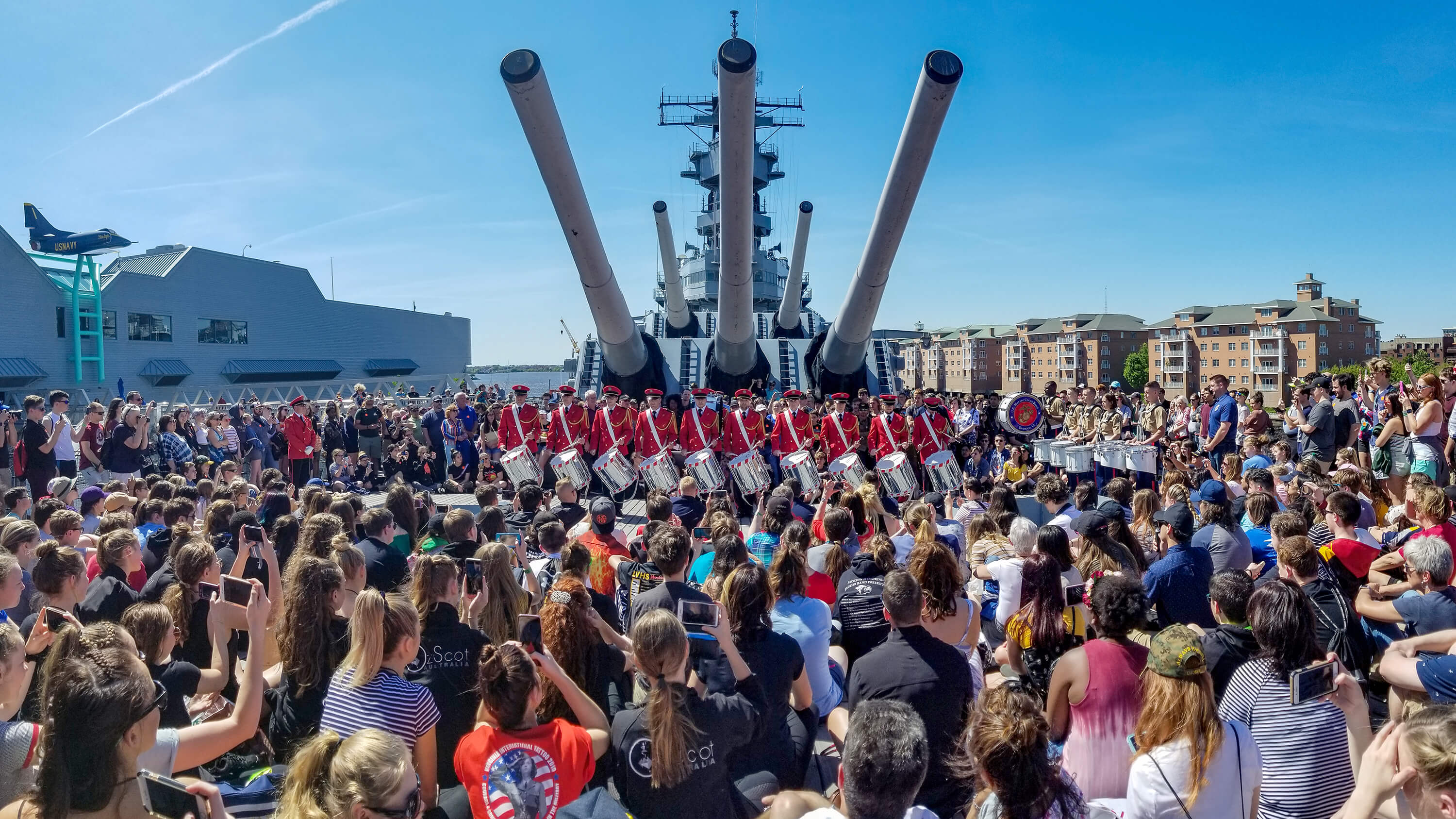 NORFOLK, Virginia — Returning for the annual Virginia International Military Tattoo, DrumLine Battle got a fresh look last weekend on the deck of the USS Wisconsin.

Commissioned in 1944 and originally serving in the Pacific Theater of WWII, the USS Wisconsin is now docked in Norfolk as a maritime museum.

“This has been one of our goals and dreams since starting DrumLine Battle,” said John DeNovi, DCI senior director of global business development. “Hosting these events with unique backdrops like the USS Wisconsin gives us the opportunity to continue to bring DrumLine Battle to new audiences worldwide.”

This year’s DrumLine Battle in Norfolk featured a number of groups from around the globe including participants from Jordan, Switzerland and France, in addition to the United States.