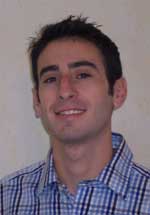 Steven Smith
Smith was born on January 24, 1985, in Winter Park, Fla. He currently resides in Orlando, Fla, where he is in his second year at Valencia Community College. Steven is pursuing a degree in music business/management with euphonium as his principle instrument. He is also active in performance ensembles on campus, including the Valencia Symphonic Band as well as the brass choir. Attending University High School in Orlando, Fla., Smith graduated in 2003 in the inaugural class of the international baccalaureate program, which is an intensive and rigorous academic curriculum taught worldwide. While being active in other areas of the performing arts, including performance roles in the school productions of "West Side Story" and "Les Mis?©rables," Smith concentrated his extracurricular activities in University High School's band program. After completing three years as a marching member playing baritone in marching band, he was chosen to be one of three drum majors for his senior year. Smith made the Orange County Honor Band in both his junior and senior years, as well as having been selected to perform in the Florida State University Tri-State Festival under the baton of John Locke. In 2003, Smith marched his first summer with the Madison Scouts, playing baritone, and returned to march again for the 2004 season. He is extremely honored and excited to serve as drum major for 2005.