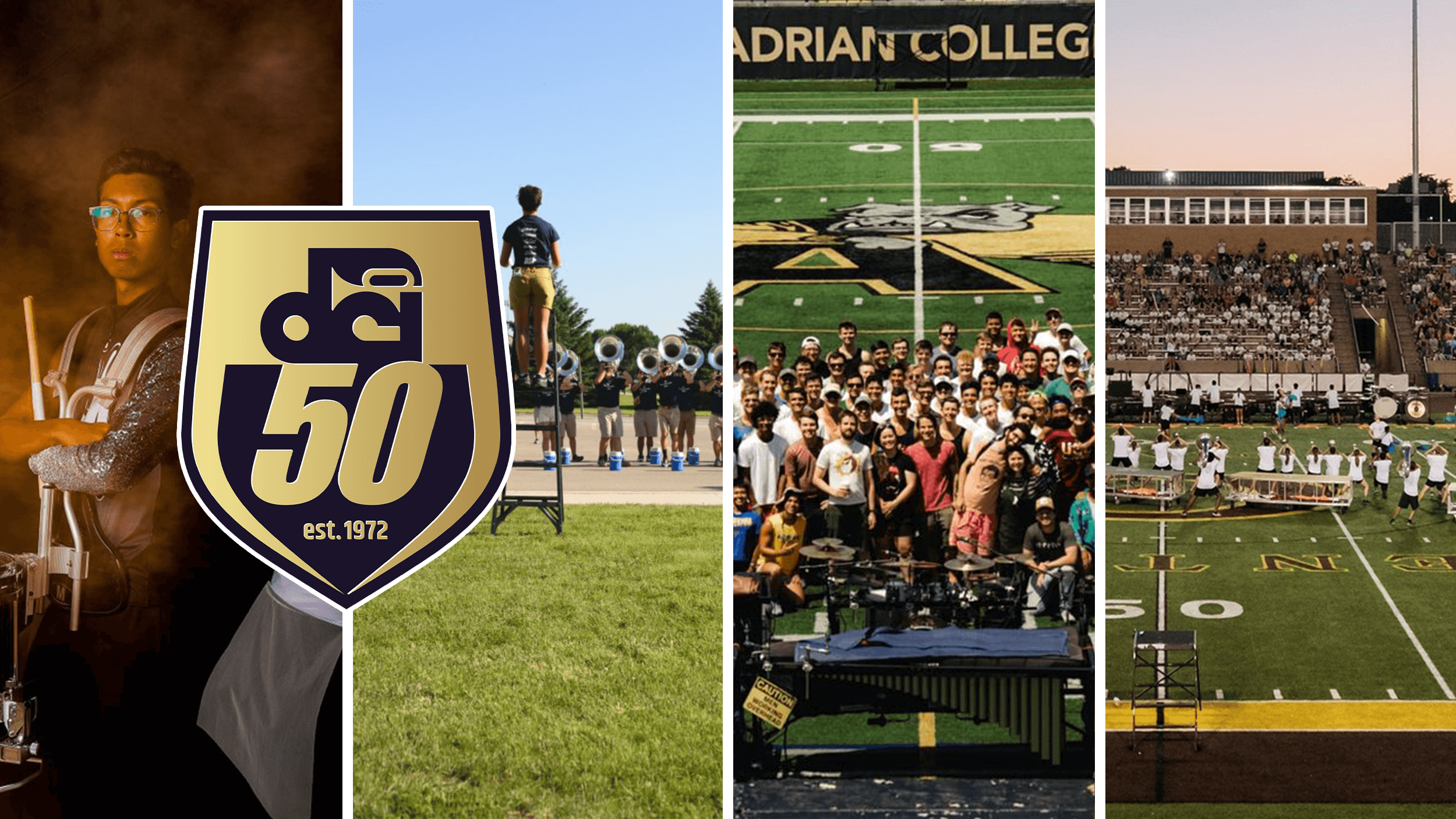 Various corps have begun to open windows into what they've got in store for the 2022 DCI Tour. Photo by: Drum Corps International

With the 2022 DCI Summer Tour just days away, corps have begun to open windows into what they've got in store for the summer ahead.

Take a look at several inside previews — of various shapes and sizes — from corps in preparation for DCI's 50th anniversary season.

1 • Up close and personal

We had the immense honor and privilege of watching The Cavaliers rehearse for their upcoming tour this morning, a set...

The Cavaliers had the chance to meet and perform for the original artists behind several of the repertoire selections for their 2022 program, "Signs of the Times," Boston-based rock band Bent Knee. The Rosemont corps will make its 2022 debut June 28 in Detroit, Michigan and in cinemas across the country. In it social media post about the unique experience, Bent Knee included a couple of clips of The Cavaliers in action at rehearsal.

2 • Play along in Paradise

The Boston corps — whose 2022 production, "Paraidse Lost," will first be performed competitively June 28 In Detroit, Michigan and in cinemas nationwide — had its percussion section featured in a series of videos by Vic Firth. Fans can learn the corps' music and play along with performers.

Blue Stars gave fans a taste of what its 2022 horn line has in store with this clip of the corps' tuning sequence warmup. The corps recently announced the title of its production, "Of War and Peace," which it will debut in cinemas around the country and at the DCI Tour Premiere pres. by DeMoulin Bros. & Co., June 28 in Detroit.

Colts' 2022 production is titled, "The Silk Road." The Dubuque, Iowa corps, set to kick off its tour July 1 in Muncie, Indiana, featured one of its brass exercise in a recent social media post.

Fresh off of its strongest-ever competitive showing in 2019, Pacific Crest — set to debut its production, "Welcome to the Void," June 24 in Vista, California — revealed its "drippy" uniforms for the 2022 season.

Thank you to all who came to our community performance tonight!!! And to Evansville, thank you for your gracious hosting of the start of our season! #pr22 #nowalktoofar

Nearing the end of its Spring Training stint in Evansville, Indiana, Phantom Regiment held a community preview performance of its 2022 production, "No Walk Too Far," which the corps will debut competitively June 28 in Detroit, Michigan and in movie theaters nationwide. The corps shared backfield photo of the performance, featuring the props Regiment has in store for its 2022 program.

The reigning Open Class champions, Spartans, will debut their 2022 production — which has yet to be announced publicly — July 2 in Quincy, Massachusetts. Spartans offered a backfield look at its props for the 2022 season.

It was a beautiful evening in the park. Thank you to all who attended or tuned into our 9th annual Concert in the Park!

While its percussion section took center stage on YouTube, the Boston corps included 2022 uniforms for its horn line and drum major in a recent post regarding the corps' June 21 Concert in the Park in Boston, Massachusetts.

Carolina Crown, set to debut its 2022 program, "Right Here, Right Now!" July 1 in Muncie, Indiana, was also featured as part of Vic Firth's Learn the Music series. Crown fans can play along with the opening movement of the corps' 2022 production.