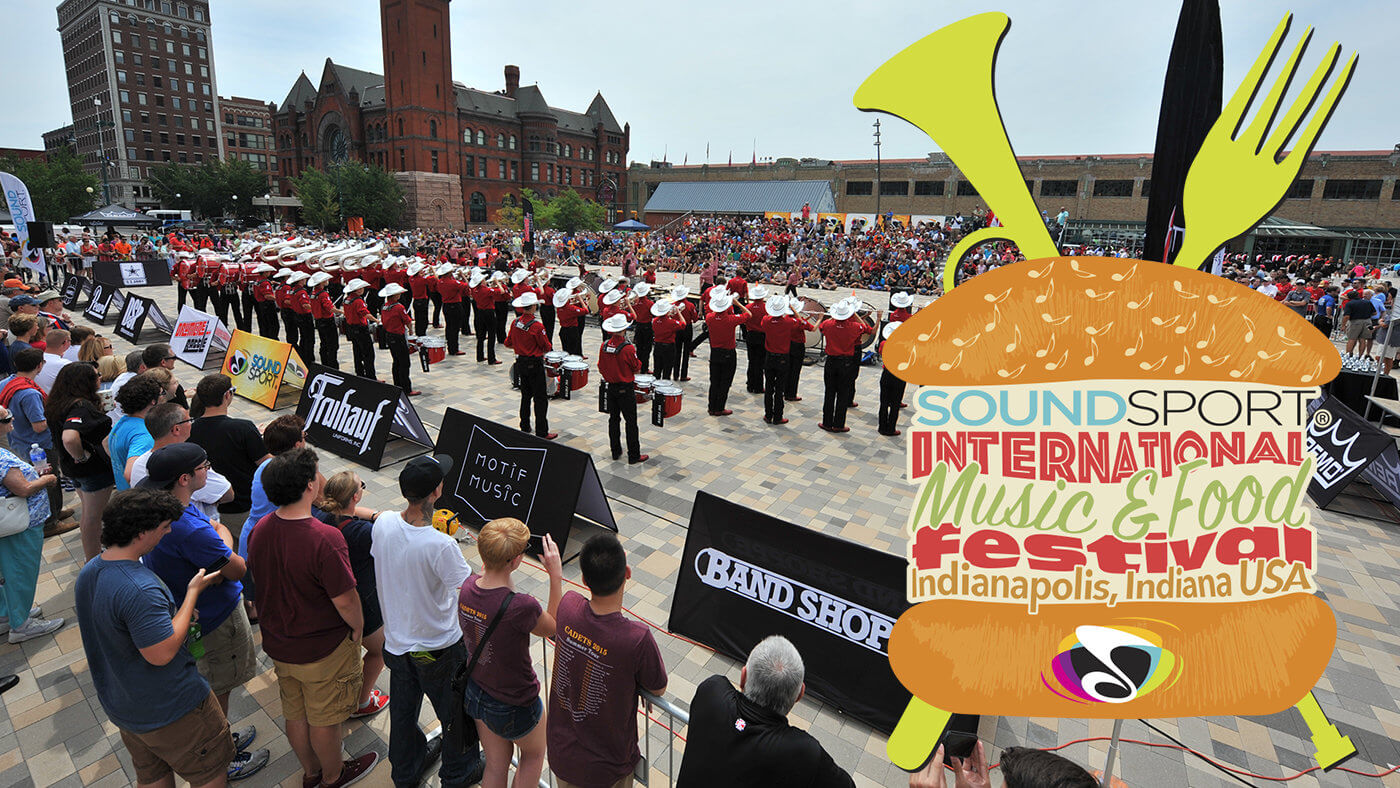 Building upon the wildly popular SoundSport® and DrumLine Battle™ events now in their fourth year, this newly branded event will feature more than 35 ensembles from the U.S. and Canada and as far away as Hong Kong and Colombia to compete in downtown Indy the morning and afternoon of Saturday, August 13.

The exciting day of performances will mark the culmination of the summer portion of the year-round performance opportunities for the global SoundSport and DrumLine Battle programs, all taking part in a festival-like atmosphere with some of Indianapolis’ best food vendors onsite and entertainment aplenty.

“In just a few short seasons, SoundSport has truly grown into an international network of unique performance opportunities for many different types of ensembles around the world,” said John DeNovi, Drum Corps International Director of Global Business Development. “Starting with a single opening showcase in Indianapolis in 2013, annual SoundSport events now occur on five continents.” 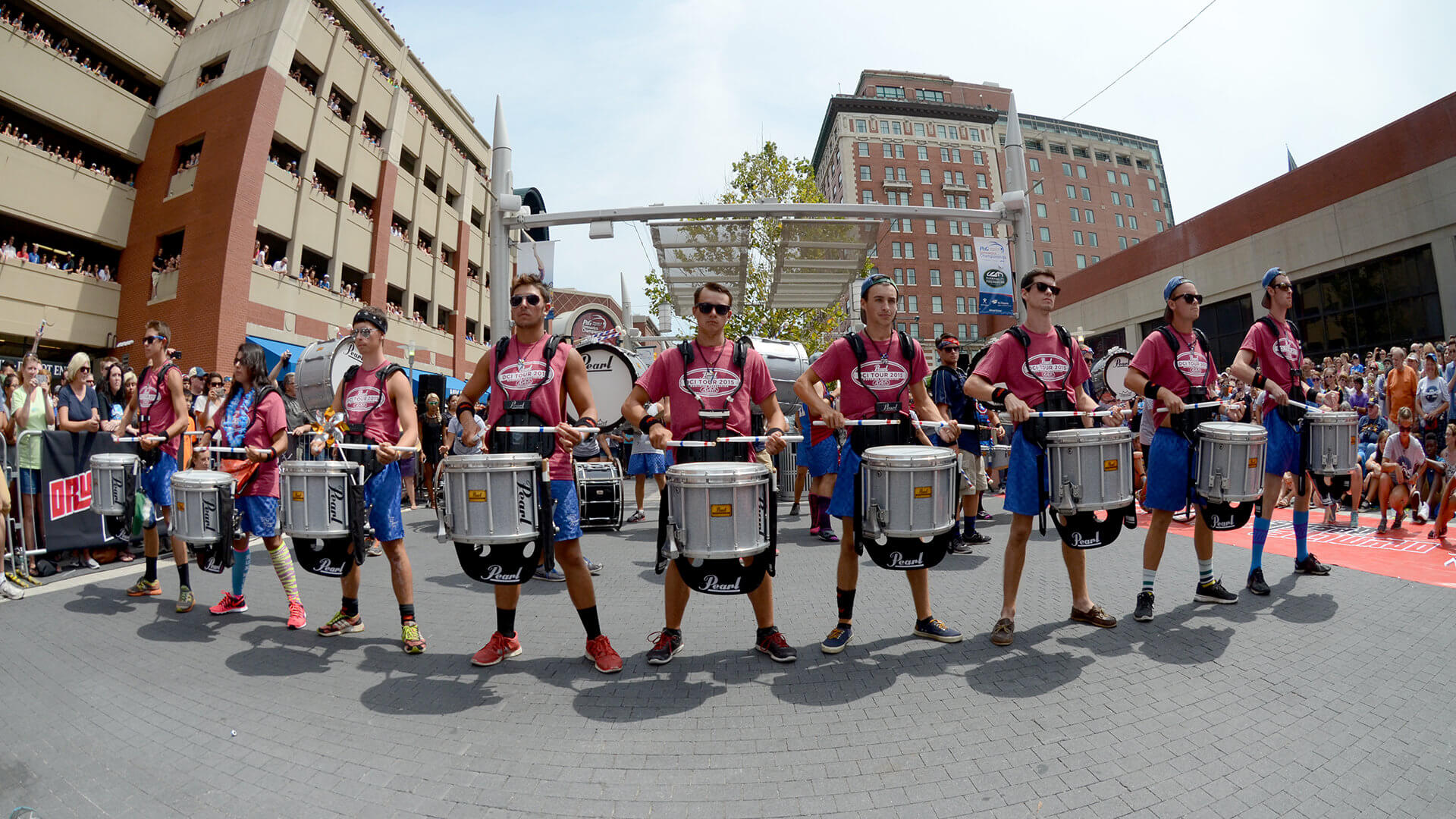 Spectators look on from every angle during the third-annual DrumLine Battle in Indianapolis in 2015.

Featuring ensembles of many types and participants of any age, SoundSport gives teams the opportunity to let their imaginations soar during five to seven minute performances with a special focus on entertaining the audience. All instruments are permitted so the audience may be treated to anything from a full marching band to a tin whistle ensemble at this eclectic musical showcase.

Also featured will be percussive units from a wide variety of backgrounds vying for the championship title in the DrumLine Battle division. DrumLine Battle puts percussionists in the spotlight through thrilling head-to-head matches featuring their best two minutes of drumming, stick tricks, exciting visuals, acrobatic stunts, high adrenaline movement and a whole lot of attitude.

“The rules are simple and focus on showmanship and getting the crowd to ‘give it up’ for each performance,” says DeNovi. “These ‘fast-paced and in-your-face’ routines have taken off in more than 20 countries which host DrumLine Battle events year round.”

With the popularity of SoundSport and DrumLine Battle in recent years among spectators and with a growing roster of groups slated to perform, Drum Corps International will spread out the action over three stages around Pan Am Plaza, located right in the heart of downtown Indy.

DrumLine Battle teams will once again face off outdoors on Georgia Street and the Plaza, giving spectators the opportunity to be right in the middle of the action as they cheer on their favorite drum lines competing for the championship title.

The newest venue for 2016 will be the Pavilion at Pan Am, which will house all of the SoundSport action. Once the home of the Indiana World Skating Academy, the facility has been completely renovated in recent years into a multipurpose indoor performance theater and event space.

“With stage lighting, video screens and 900-seat bleachers with 360-degree views of the performance area, this intimate venue will be one of the most exciting stages we’ve ever used for SoundSport events around the world,” DeNovi said. 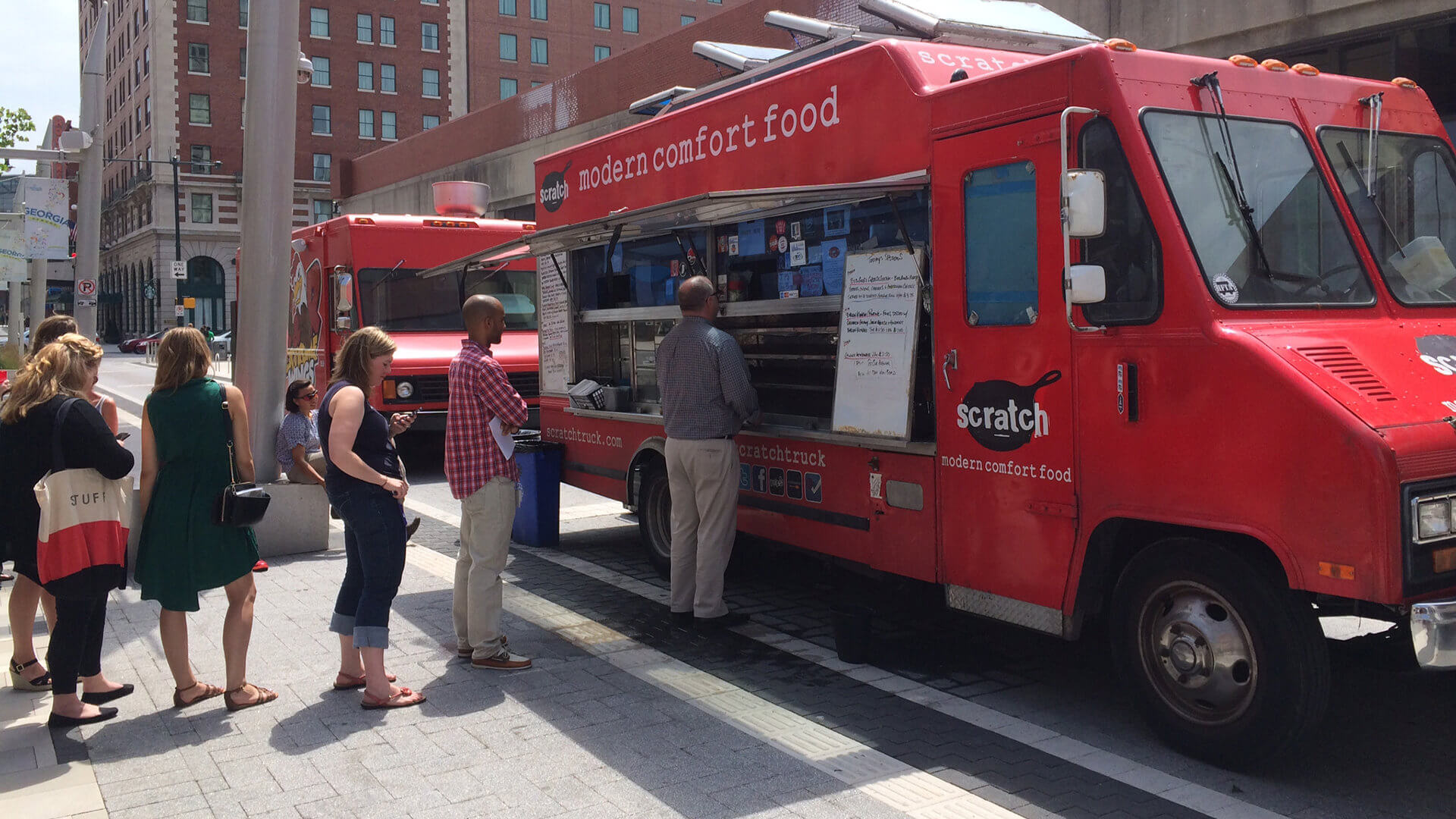 The gourmet food truck scene has thrived in downtown Indianapolis in recent years.

It’s no secret that Indianapolis has an incredible array of restaurants in a dense concentration that are easily accessible in the downtown area. And that restaurant scene has continued to grow and evolve with nearly 50 food trucks driving the streets of Indy offering an incredible assortment of gourmet street food from French fries to pizza, tacos, cupcakes and much more.

The SoundSport International Music and Food Festival will bring together a festive sampling of those vendors to serve up a delicious assortment of light bites and delicious delectables, along with plenty of the Hoosier Hospitality that Indianapolis is known for.

Admission to all performances as part of the family-friendly SoundSport International Music and Food festival will be free and open to the public on Saturday, August 13.

“Take in the fantastic performances, try some local food or even participate in an interactive drum circle,” DeNovi said. “There’ll something for everyone to enjoy at this year’s brand new and expanded event.”

Get Your Ensemble or Business Involved

Performance slots and vendor spaces are still available for 2016! Email perform@dci.org for additional information and to sign up today!