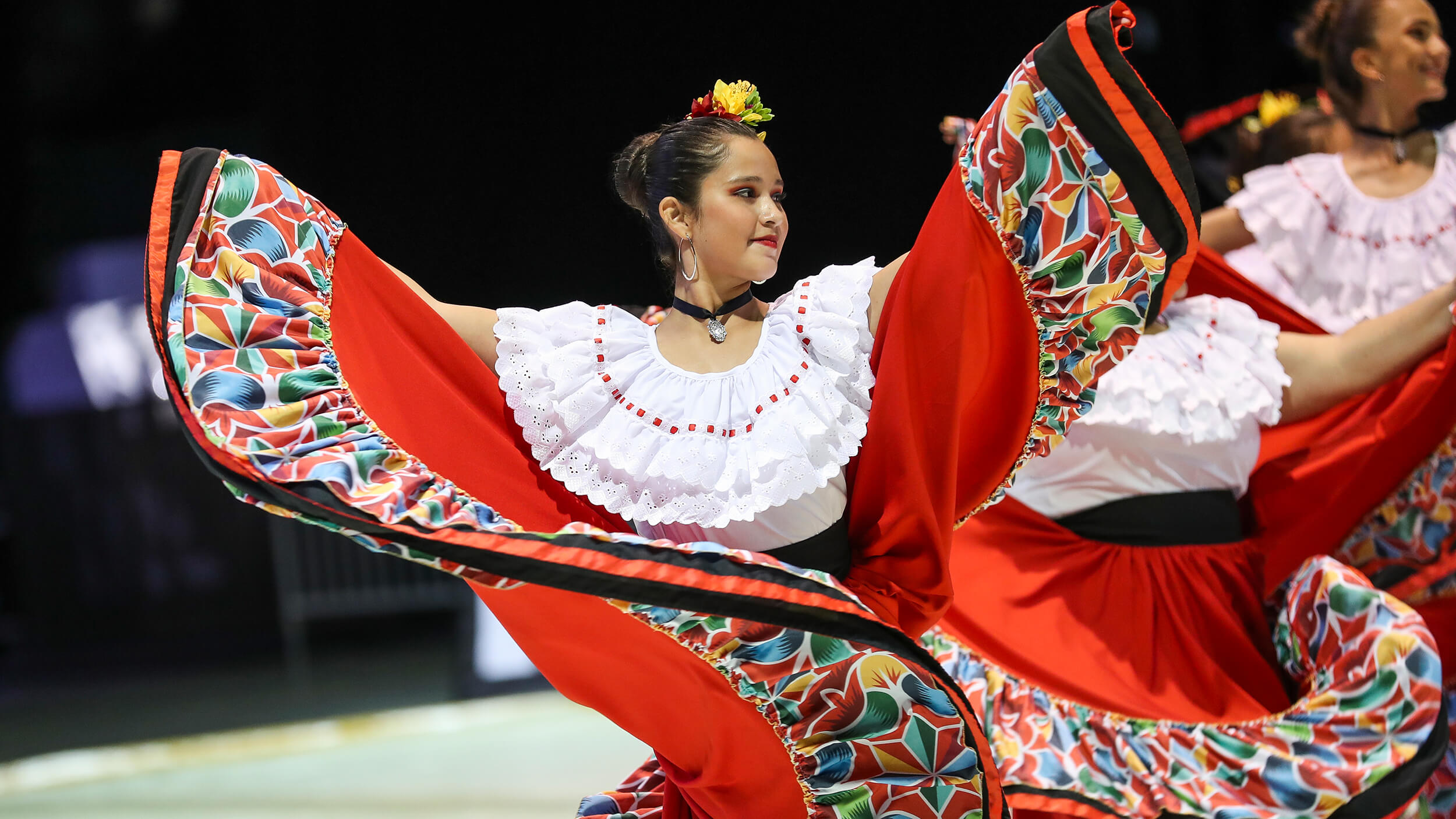 INDIANAPOLIS — William Clark needed to improvise. The drum major of the SoundSport team, That!, began talking to the crowd, explaining the show’s theme revolving around a girl winning the Tour De France.

But the group was still having trouble getting power to their keyboard. So DCI Hall of Famer Steve Rondinaro, Saturday’s PA announcer, walked over to Clark with a microphone, explaining why perhaps that moment was the perfect depiction of the corps’ by-the-seat-of-your-pants approach.

After all, the group first met four days ago.

“Honestly, we met near a hotel near Terre Haute, Indiana and spent three days putting the show together,” Clark said. “A lot of it was being written while we were there. I literally wrote the show while I was teaching band camps and we wrote the drill Thursday night before we learned it Friday.

“The majority of these people did not know each other. We just put out a feeler. This is gorilla drum corps — put it together, have some fun.”

Despite the incredibly short turnaround time, That! finished in 10th place in a 12-team field, earning a silver rating during the 2019 SoundSport International Music and Food Festival presented by Motif Music and MuseScore.

The event also had an international flair, welcoming groups from Ireland, Costa Rica, Colombia and Canada.

Banda Comunal La Fortuna, which arrived from Costa Rica, featured an eloquent dance performance along with a show from its entire ensemble, which won the All Age Over 50 Class category.

“A year ago we thought it was impossible,” director Erick Quesada Angulo said through a translator. “It has been a lot of hard work to make it happen, but in life nothing is impossible.”

He was very appreciative that SoundSport provided a platform for his team to share their culture with the drum corps world.

“It’s beautiful because this is from our country,” Quesada Angulo said. “This is our traditions and our culture and to be able to connect with that, it’s the most beautiful thing. It’s a dream. We’ve worked so hard to come here.”

The Diplomats, which hail from Canada, were recognized as the Youth Under 50 Class winner.

“It is a lot of fun for the kids. We’ve been practicing in June and July with this show,” director Bob Thwaites said. “They're very enthusiastic about it. We have kids as young as nine. Our oldest is 18. This is our sixth year in SoundSport, other years we’ve done multiple shows in DCI and have a lot of fun with it.”

Thwaites mentioned that The Diplomats have sent numerous members of their team on to World Class corps, making Indianapolis that much more inspirational to his students who can watch their favorite and most respected corps with their own eyes.

“They really look up to these other corps,” he said. “We now have kids who were with us who are in World Class corps. We have a good program for brass and drums so it’s paying off for these kids. They’re certainly doing well in their own lives and their music lives.”

Youth Under 50 Class Winner: The Diplomats