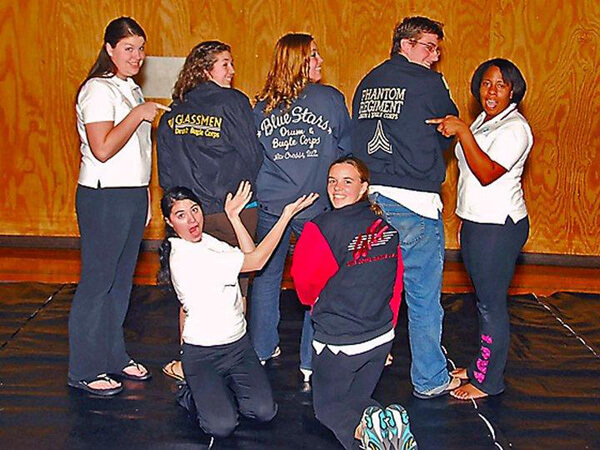 This is a photo taken at the annual Spintronix Weekend Camp in Mountain View, Missouri. This camp was formed in 2008 by Jackie K., a Blue Stars color guard alum (center in photo), to educate rural students about the performing arts locally for a low cost.

Her program has since helped students win scholarships, get into college and independent performing ensembles, spin in the Macy's Thanksgiving Day Parade, and most importantly, stay off the streets after school!

This year the camp has seen tremendous growth, national recognition, and has attracted many drum corps members and alumni to teach classes in color guard, leadership, and the history of the marching activity.

Next year EVERYBODY is going to bring their corps jackets!