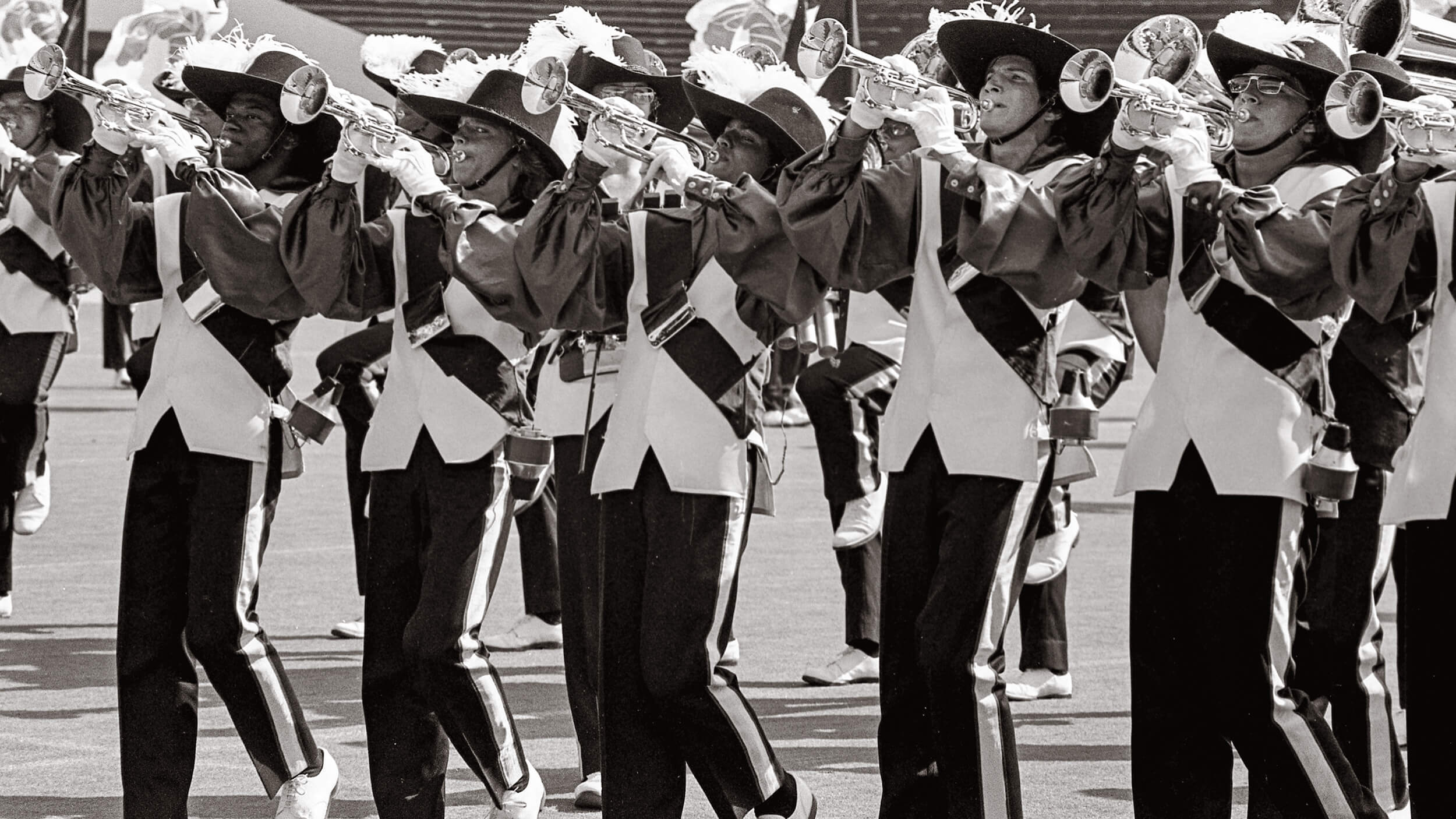 For America's 1976 Bicentennial, the Drum Corps International World Championships returned for the second-consecutive year to Philadelphia, the birthplace of democracy.

Both Championships were held at the University of Pennsylvania's historic Franklin Field, first opened in 1895 and deemed by the NCAA as the oldest football stadium still operating.

In their sixth year, Blue Devils became the youngest corps to win the DCI title and the first corps to win all captions in the Finals competition, introducing "Channel One Suite" and distinctive North tenor drums that looked like upside-down vent pipes on the decks of a classic cruise ship.

The Madison Scouts took second after abandoning their entire funk show mid-summer, returning with the previous season's title-winning music, except for the opener of "Stars and Stripes Forever." In third place, the normally symphonic Santa Clara Vanguard stunned fans with a full rock-out concert standstill, and the sixth-place Bridgemen returned to Finals for the first time since 1973 with new yellow trench coats and a mass "faint" at the end of the show.

Seneca Optimists, Capitol Freelancers and the Guardsmen all earned a spot in the Finals for the first time. 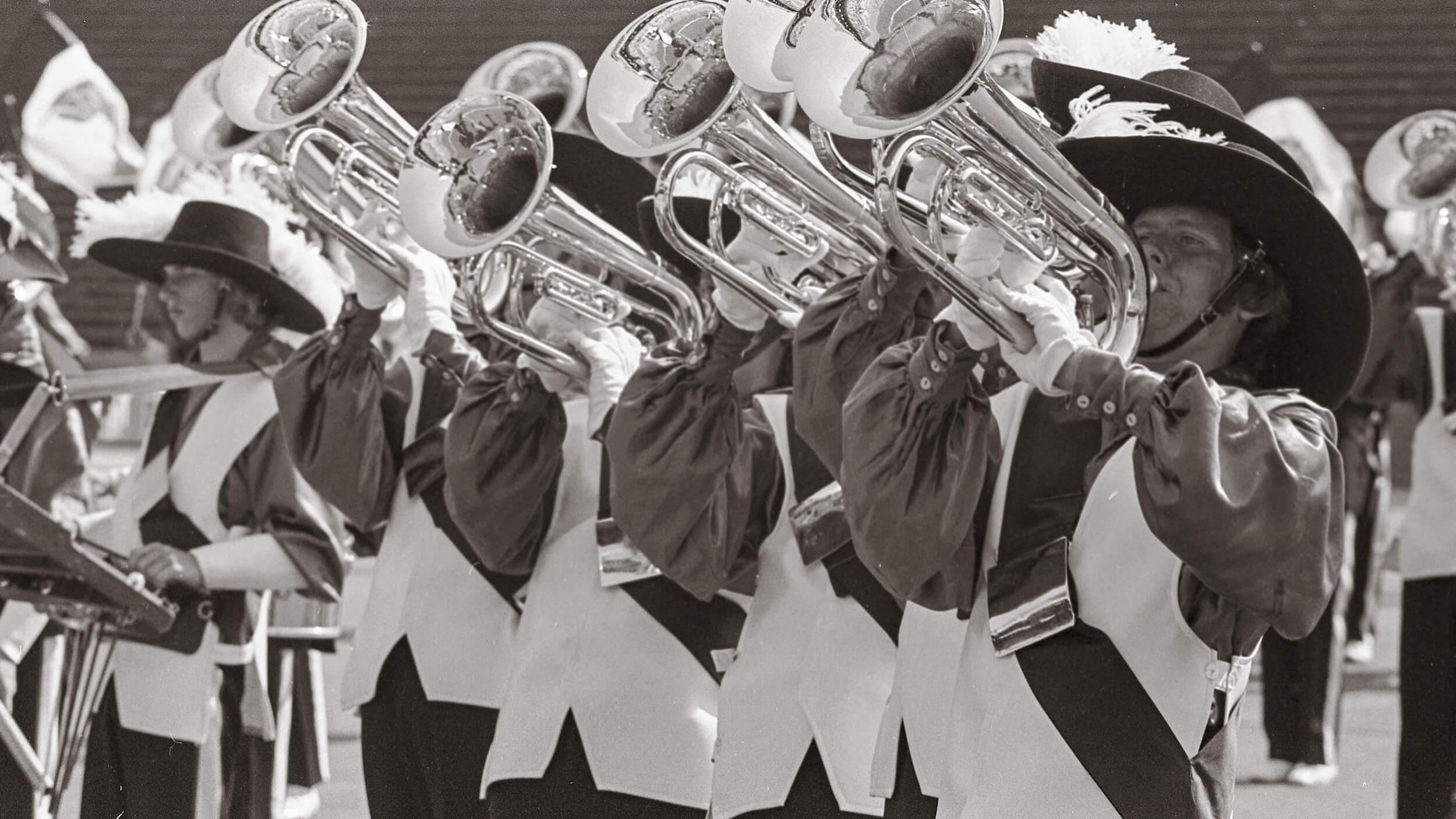 The Cavaliers placed fifth in the 1976 World Championship Prelims, but fell to seventh in Finals.

This was the first year of the corps' new, more "Cavalier-ish" look, with wide-brim hats and hot, non-breathable naughahyde vests covering their old satin blouses. The large feathers on the hats were captured in the design of the flags.

Watch the 1976 Cavaliers on DVD

1976, in the middle of this author’s three years with the corps, was the year of the first "personalities" DCI program book, for which this music education major as a mallet keyboard player in the drum line was selected to represent the corps. The Cavaliers' page mentioned I "like to exchange philosophies on corps," a rather silly quote that haunted me for the rest of my tenure with the Green Machine.

However, I also spoke of enjoying watching performances and talking with members of other corps; something that has obviously served me well in more than three decades of continuous writing about the drum corps activity. 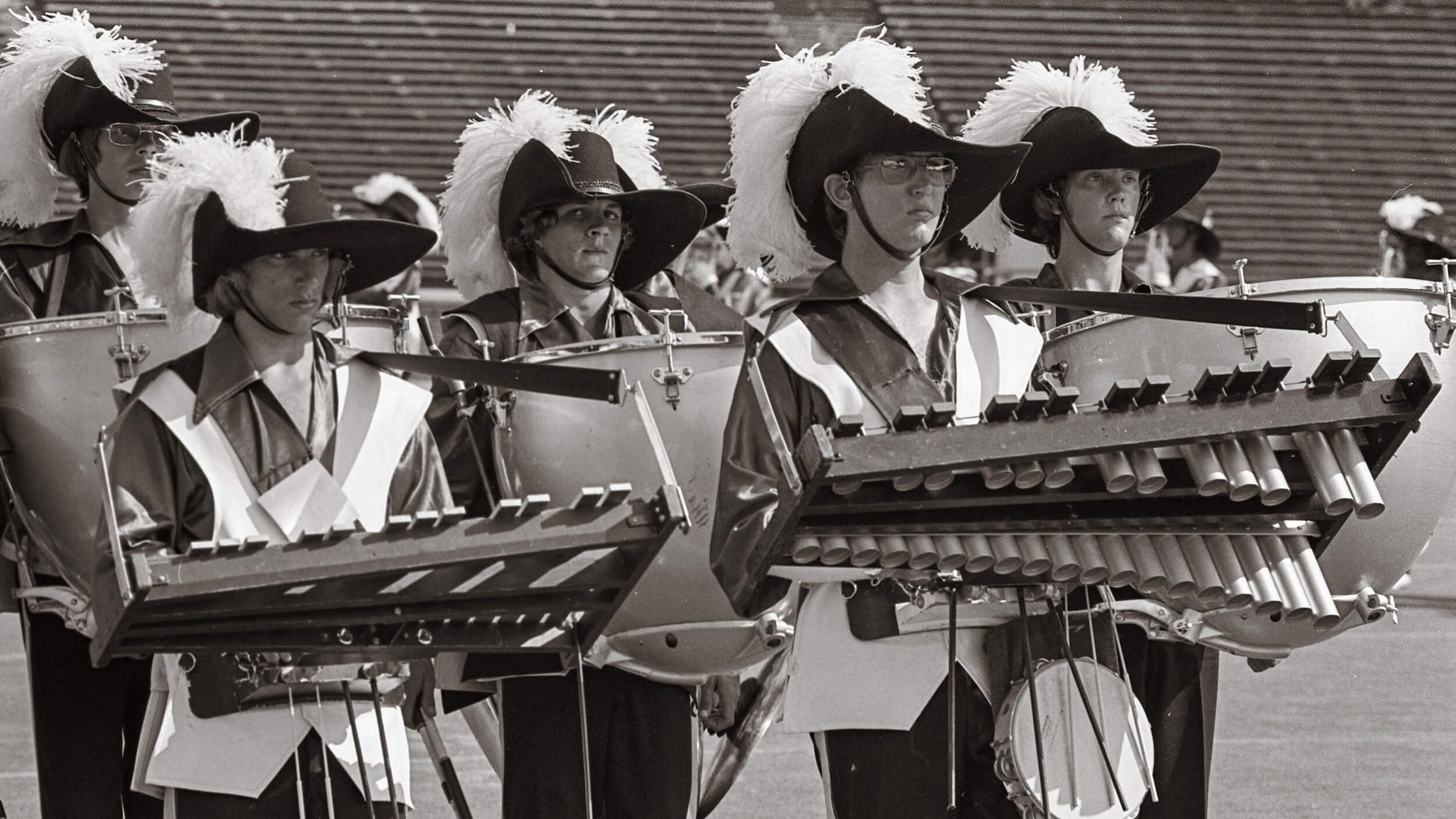 The ’76 Cavaliers production began with Reinhold Glière’s "Russian Sailor's Dance" from "The Red Poppy," a Russian ballet set in a 1920s Chinese seaport. The blazing fanfare started with each section of the drum line split equally side-to-side by 20 to 40 yards, coming together in the center for a big push forward. This was a classic "higher, faster and louder" kind of production that appealed to early DCI audiences.

Next came "Green Soul," a funky original drum solo by percussion arranger Dan Spalding. The Cavaliers were somewhat unique during much of the 1970s in that the drum line was allowed two unique features during the show.

This led into another funk tune, Quincy Jones' "Chump Change," from his 1973 album, "You've Got It Bad, Girl." The tune also served as the theme song for "The New Bill Cosby Show," which only lasted for one season in 1972. 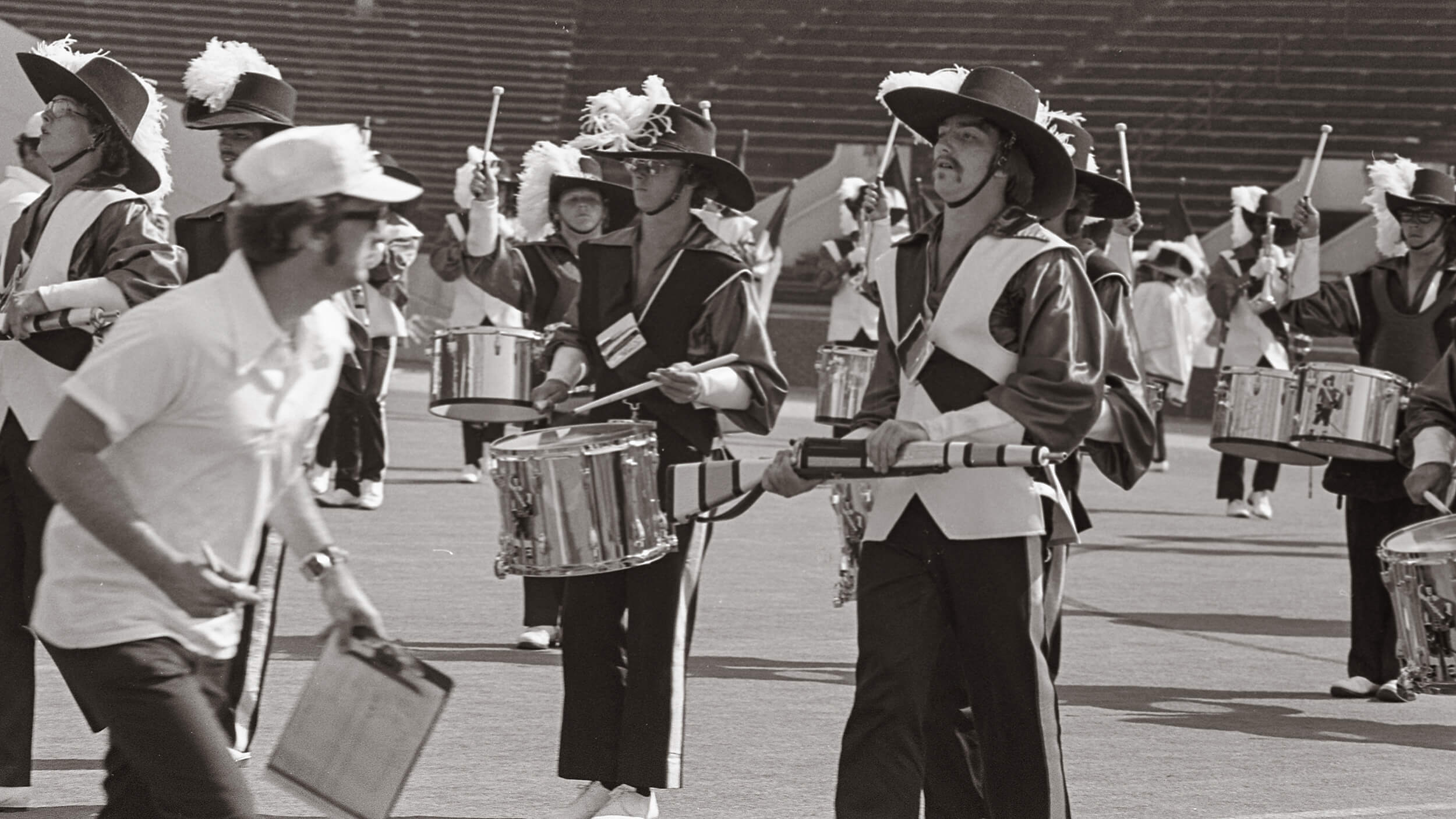 The corps’ concert standstill part of the production featured Alan Downey and Maynard Ferguson's "Give It One" from the 1972 album, "M.F. Horn Two." What it lacked in musical subtleties it more than made up in blistering volume.

Coming out of this segment were two melodies from George Gershwin's 1935 American folk opera, "Porgy and Bess." This was a mid-season replacement for a "Zorba the Greek" production that went nowhere and got there quickly. In the broadcast video of "Summertime" and "Bess, You is My Woman," you'll see me, a young, future DCI columnist playing the marching xylophone. You'll also see the drum sergeant keep his composure after dropping one of his snare sticks. He had to go through the rest of the show with just one.

The show ended with the finale of Igor Stravinsky's "Firebird Suite," which the composer extracted from his 1910 ballet that instantly established him as a world-famous major musical force.