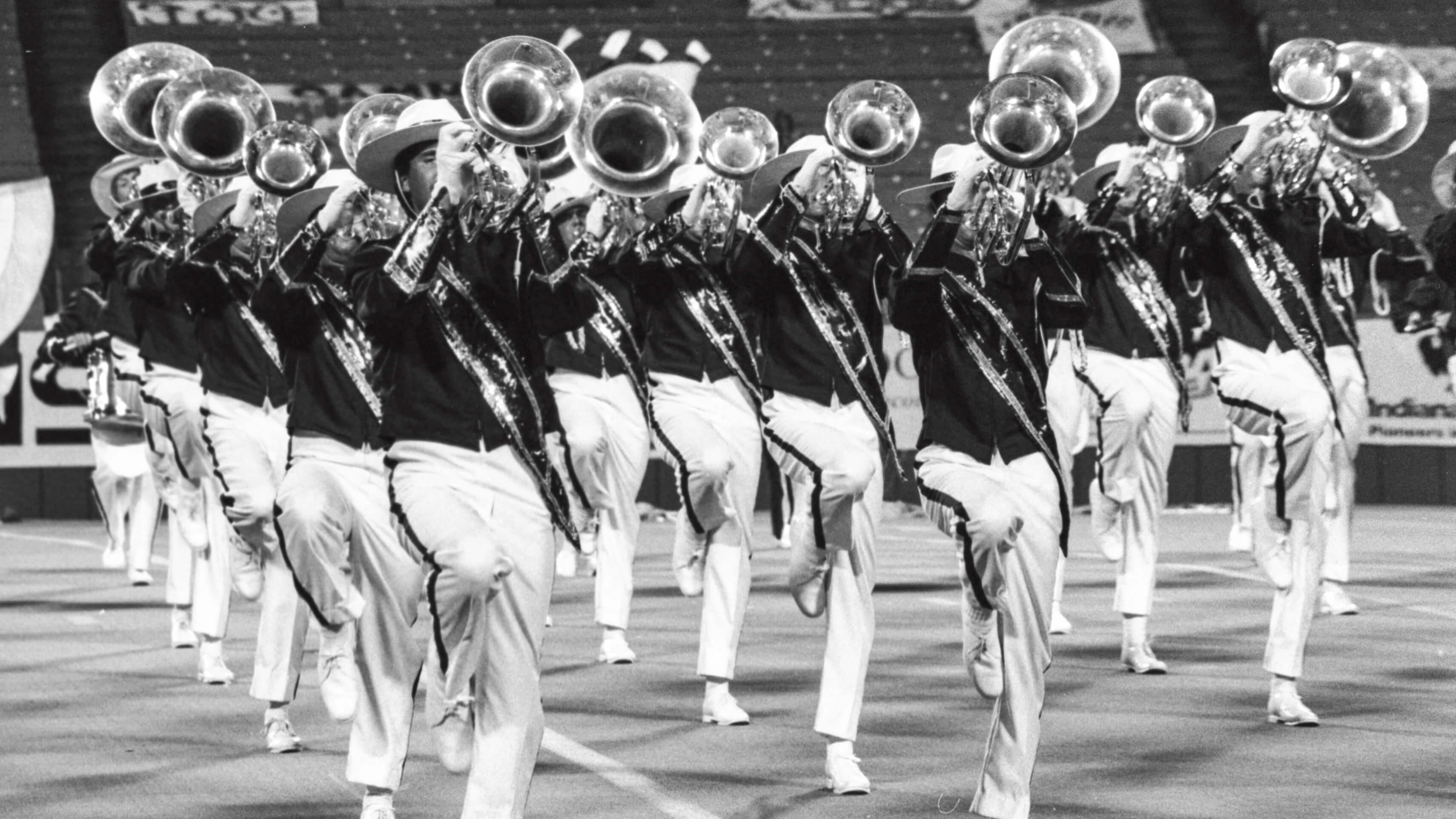 The summer of 1988 was one of Drum Corps International’s more interesting years.

It was the first season that all World Class finalists had been in the Finals the year before. The results of the Prelims weren't announced until after the Finals competition, heightening suspense while making it kind of maddening for the fans who were so eager to know the scores. Also that year, the Finals night judges were selected by a random draw at the front of the field after the finalist corps were announced.

Only two points separated the top-five finalists at the DCI World Championships outside Kansas City, and the spread between first and 12th places — at 12 points — was the smallest ever seen at the Finals.

Blue Devils were undefeated in 26 shows until they came to Arrowhead Stadium, where they slipped to second in Prelims and third in Finals. In the end, Santa Clara Vanguard finished second place for the fourth year in a row, the only World Class corps ever to do so.

Madison Scouts, who were out of competition for 20 days when they traveled to Europe for their 50th anniversary, defeated both the California powerhouses after enduring a regional scare a month earlier when the corps placed fourth at the Drum Corps Midwest Championship. With that accomplishment, the group won its second DCI title.

The production's opener was from a 1986 40-minute suite by the British composer Hart. The work was an atypical combination of classical guitar with jazz orchestra, written for the Australian guitar master, John Williams. Hart added many instruments to a typical jazz band, resulting in a large ensemble of 34 performers. Before Hart made a name as a composer, he was known as a prolific writer of British commercial jingles and British television and film music, and as the back-up violinist and pianist for jazz singer Cleo Laine. Madison would revisit his music in its 1990 and 1998 productions.

Visually, the show started with a company front quickly evolving into two horn arcs for the opening fanfare, which saw the music take on the tone of a hoedown. The percussion mallet players laid down a contagious flurry of cheerfully jaunty riffs that pulsated throughout the piece. This happy feeling alternated with a heavy jazz punctuation that created a dichotomy of moods that kept one wondering where the music would go next.

After a front ensemble percussion break with a number of whimsical sound effects, a classical fugue between sections of the horns led into the finale of the piece, a brief company front followed by a short and extremely loud tag.

The next movement from the concerto was a ballad, serving as a brief rest for the lips of the horn players and the ears of the audience. The horns turned around and headed backfield in silence at the end, overpowered during a building snare roll by the screams of the audience members who were anticipating the opening thermonuclear volley of "Malagueña," Bill Holman's smoking arrangement of the Ernesto Lecuona Spanish classic.

This rendition of "Malagueña" was the ultimate in "higher, faster, louder" drum corps bliss, ripping apart the night sky with no apologies. The brass players came up to the front sideline to unleash their full power during a standstill moment.

A full 360-degree pivot while each brass player marched in circular formation brought the horns into a large block wedge. The pivot was made all the more dramatic with half the horns turning to the left and the other half to the right while following a circular path into the wedge.

The final last seconds to the end turned up the volume even more.

Michael Boo was a member of the Cavaliers from 1975-1977. He wrote about the drum corps activity for more than 35 years while serving as a staff writer for various Drum Corps International projects. During his lifetime Boo wrote for numerous other publications including an honors-winning book on the history of figure skating. He also was an accomplished composer. Boo passed away in 2020 and was inducted into the DCI Hall of Fame posthumously in 2021.