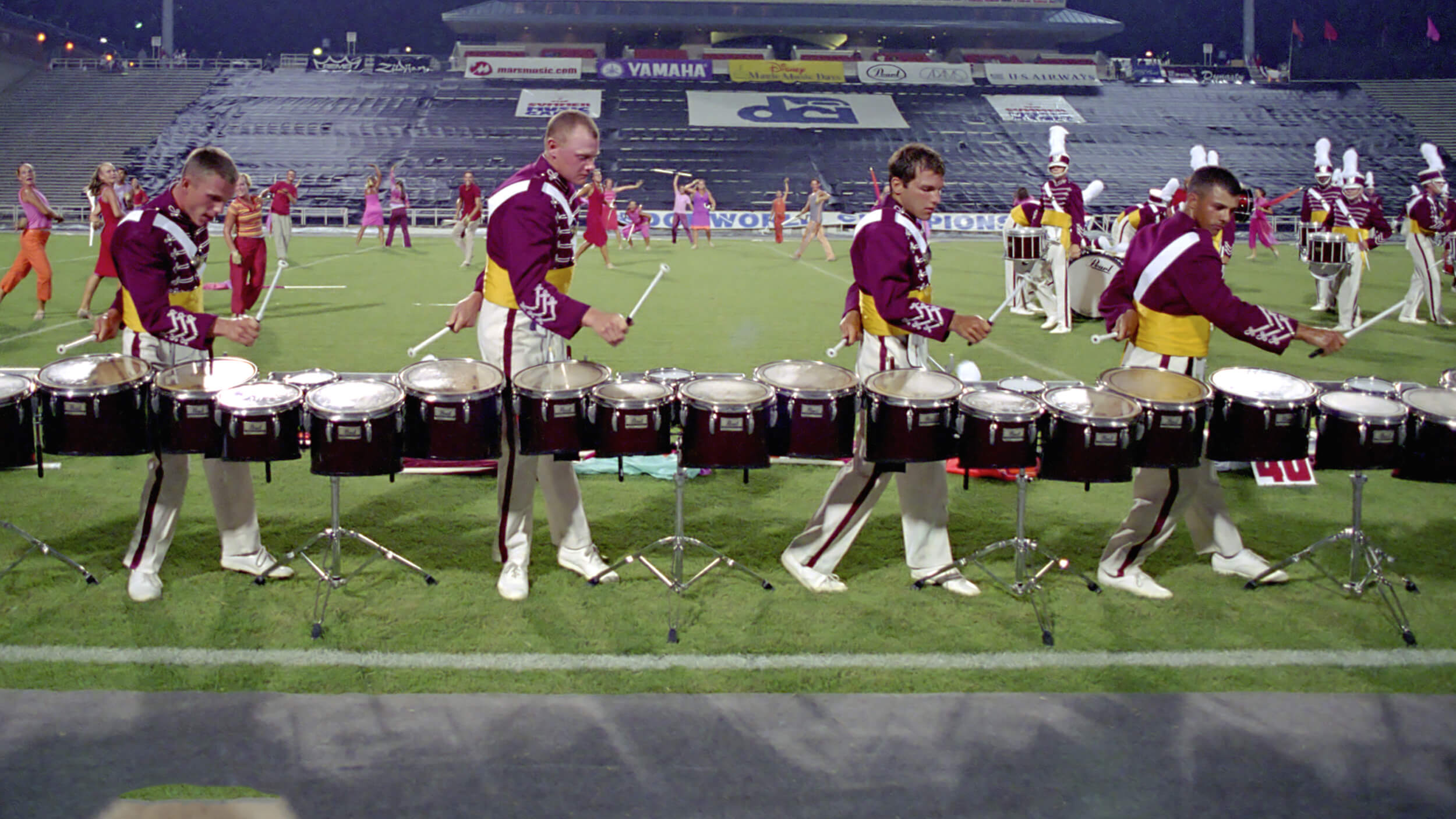 The 2000 Drum Corps International World Championships at the University of Maryland's Byrd Stadium marked the end of the first year by competitive rules that a corps could utilize brass instruments pitched in any key.

The Cadets and Blue Devils took the plunge to B-flat brass while everyone else stuck with traditional G-keyed bugles at least until the following year. It was also the first year that the color guard caption counted toward the point total in the final score and the first year that World Championship recordings were offered on DVDs.

Competitively, spectators witnessed the third tie in five seasons for the World Championship title, with The Cavaliers sharing top honors with The Cadets. The top three corps entered the World Championships with averaged scores from previous contests that were practically identical. Eight of the 12 finalist placements were decided by margins of 0.35 or less. 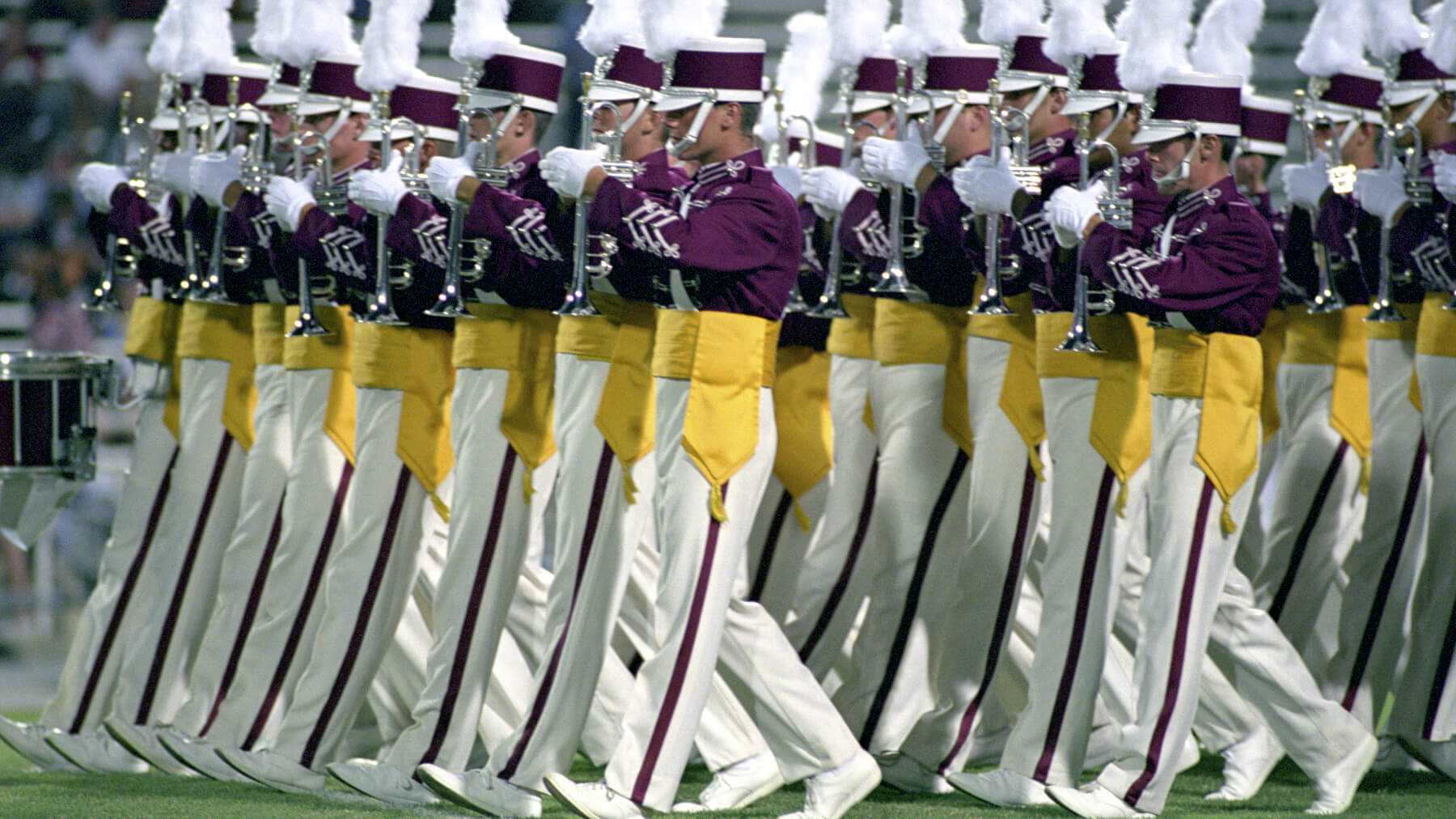 The Cadets' "We Are the Future – Music from the Walt Disney World Millennium Celebration," was composed by Gavin Greenaway, an English composer and son of songwriter and singer Roger Greenaway. Gavin is particularly known as a conductor of movie scores, including many well-known scores by other composers. Disney commissioned him to compose the "Reflections of Earth" music for the Epcot IllumiNations fireworks show and "Tapestry of Dreams" for Epcot's Tapestry of Nations parade.

Works from those two productions, plus "Promise," were included in the "Millennium Celebration" release from which the Cadets chose their music. This release also included a gospel tune by Ira Antelis that was credited by The Cadets as contributing to their show.

Watch The Cadets' "We Are the Future" on Blu-ray disc

The Cadets' production was conceived as a celebration of the kids in drum corps, the adventure of being in a corps and the promise of an enjoyable time with the group.

The show started with the ticking and moving hands of a clock during "Introduction," the sound of the Big Ben chimes and the raising and lowering of flags representing the various hour marks on an old-fashioned analog clock. This represented the corps members reflecting on the first two decades of their lives, their accomplishments and their dreams for the future. 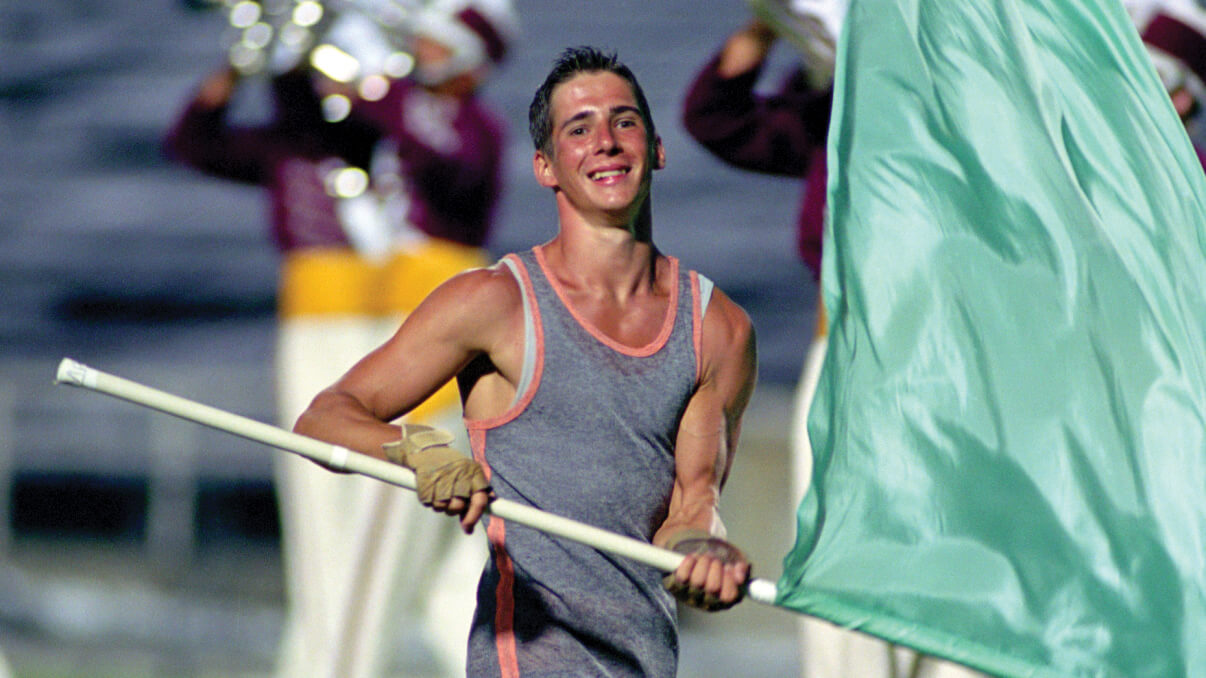 When the brass section came in, everything was played to the backfield, making the turn to the front especially powerful, accompanying the unveiling of flags emblazoned with graduation caps in maroon.

But life is full of challenges, as reflected in "Chaos," a work of scathing intensity that proved the B-flat horns could penetrate as well as the G bugles. The piece picked up on the confusion of life and the uncertainty of the future, tiring out both the performers and the audience.

"Reflections" was a glimpse into a world of relationships with others, a lovely interlude that explored romance and additional interactions with others. This author could never get over the mid-voice brass entrance that somehow sounded as if a chorus of trombones was playing a downward glissando.

This segued into the segment called "Life." Like life itself, the visual drill formations twisted and turned and unraveled to open up new opportunities. 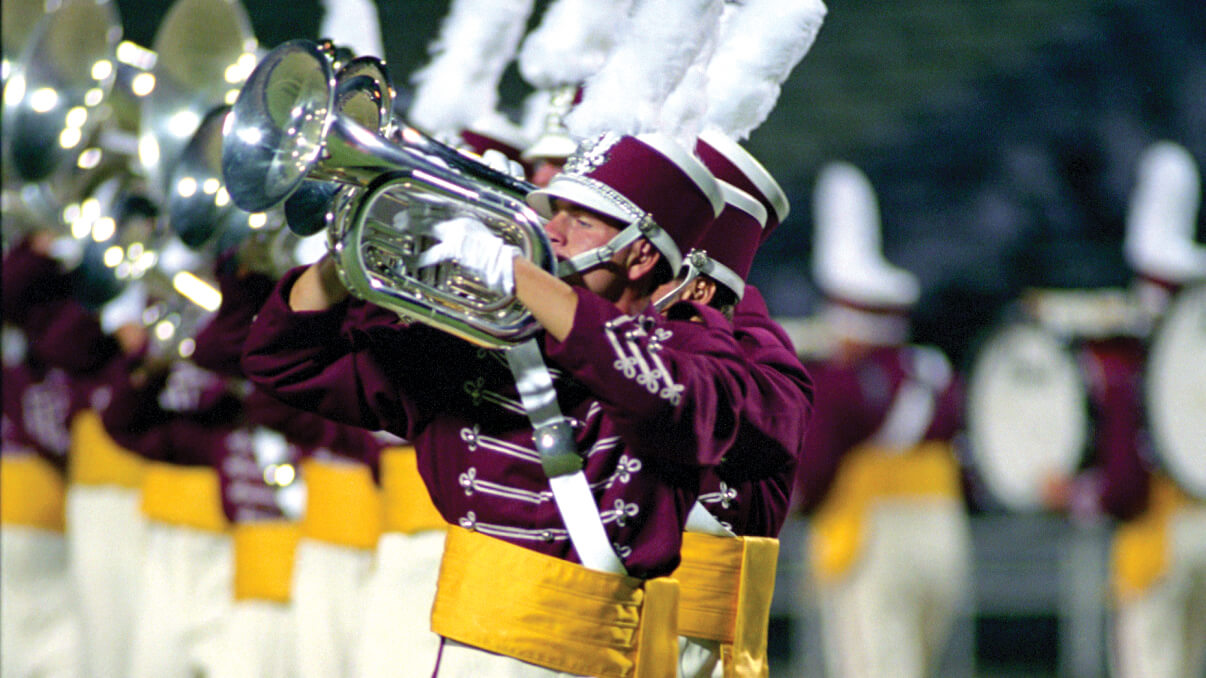 "Adventure – The Challenge" is where everyone cut loose and let the good times roll, like dancing at a party. Each section of the drum line had a feature, with the tenor drummers coming up front, setting their drums on stands and playing behind their backs and spinning around each other.

Not to be outdone, the members of the mid- and upper-voice brass sections stood in tight formation and played a riff while alternately pressing down the valves on their own horn and then those of the performer next to them. This resulted in one of the biggest standing ovations of the evening.

"Promise" finished the show with joy and hope for the future, with drill forms intertwining, rotating and punching through one another as if the members of the corps were blasting through all obstacles, unwrapping one final evolution to announce the goals and affirmations of all and to challenge the world to "bring it on."