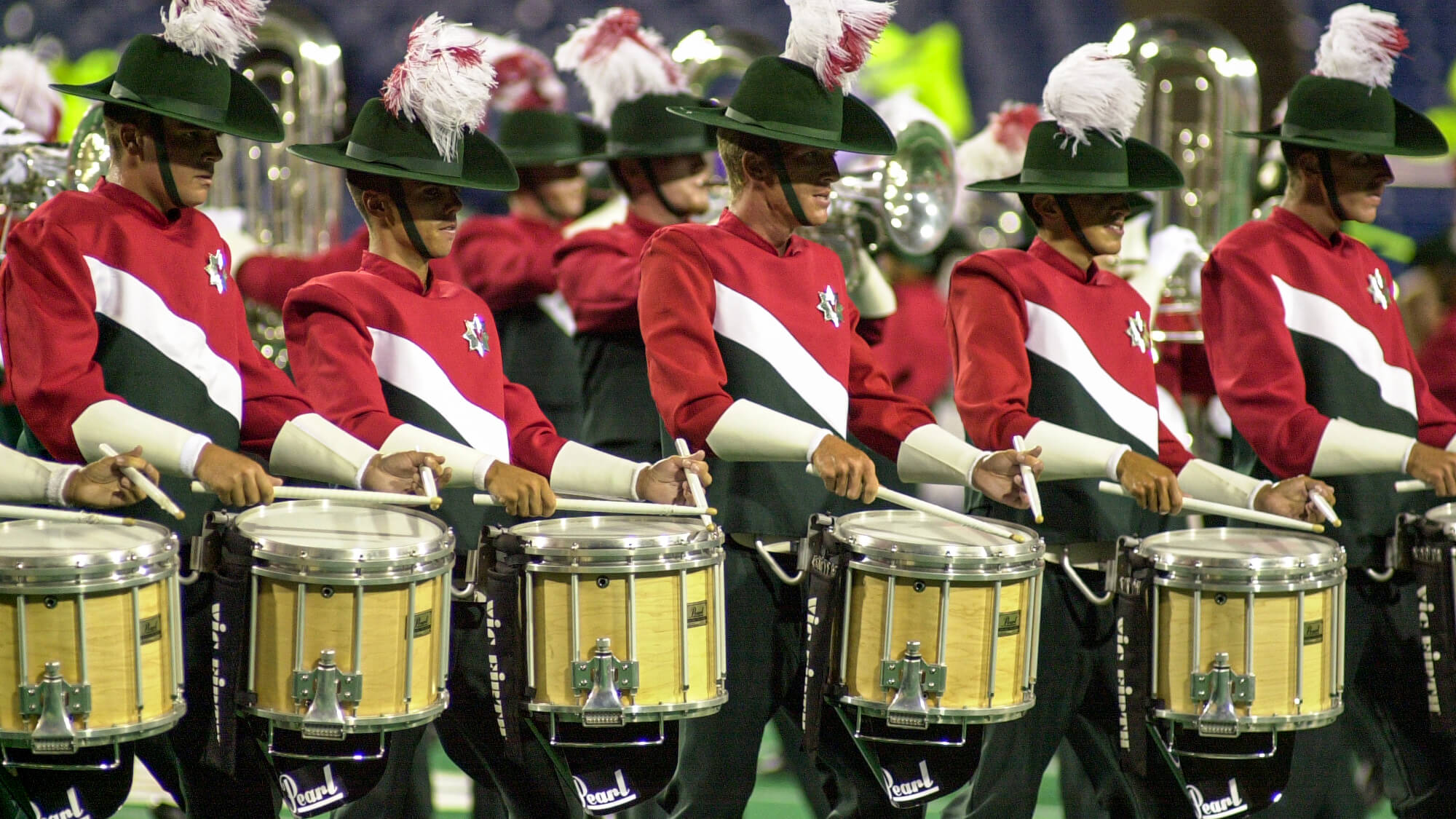 In 2001, while The Cavaliers were visiting the four corners of Orchard Park's Ralph Wilson Stadium, The Cadets were dancing on the Moon over Buffalo, and Blue Devils were off on an "Awayday," Santa Clara Vanguard was hustling off to the bustle of the workplace in "New Era Metropolis."

Designers divided the music for this show into five “sketches” that were meant to be symbolic of the modern-day workforce. These segments were drawn exclusively from American works of the latter half of the 20th Century.

The fourth-place show started with a single vibraphonist playing a lullaby-like melody as a lone color guard member rotated her arms around her torso as if the hands of an analog clock, representing the passage of peaceful sleep about to be rudely interrupted as a distant bell tolled on the hour. 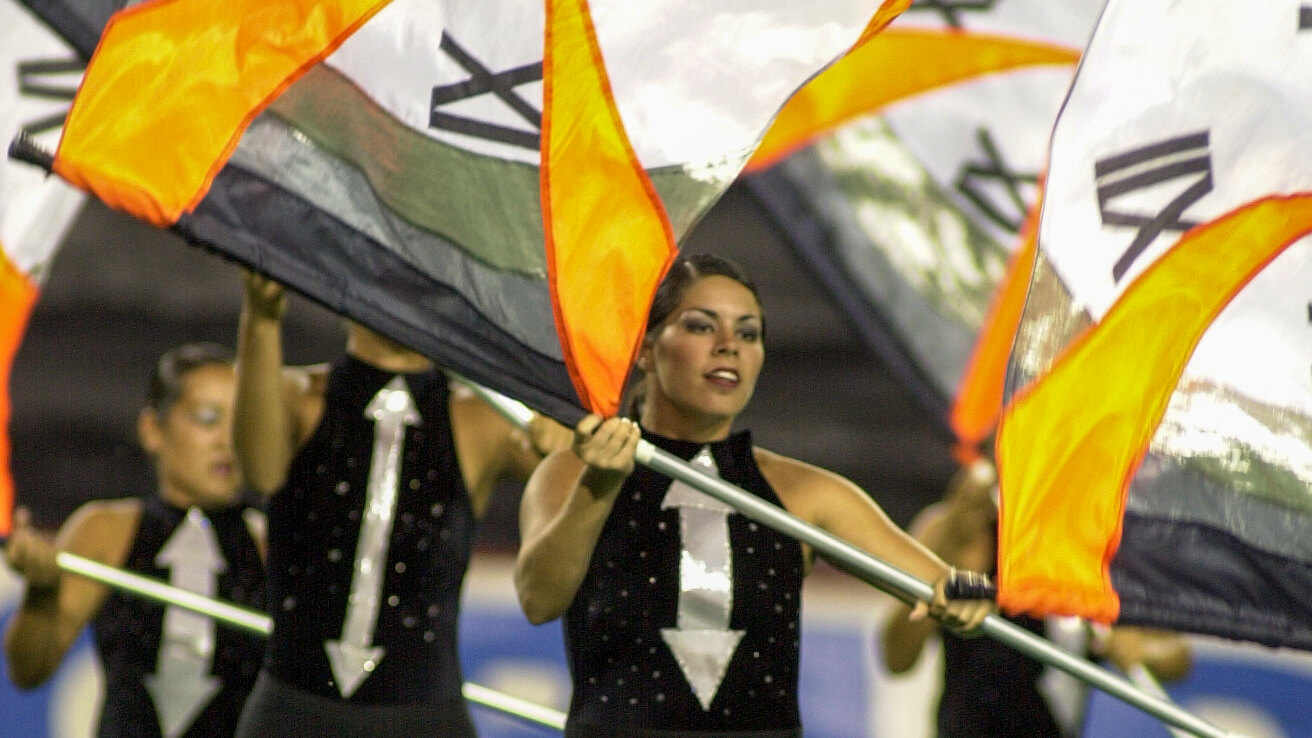 "Alarm," the first of the five sketches, consisted of a raucous few chords about as gentle as an early morning rousing by one of those infernally loud Westclox Big Ben alarm clocks. Here the color guard performers revealed flags emblazoned with clock-face Roman numeral symbols for 12, 3, 6 and 9 o'clock.

The short introduction launched the corps straight into the feverish "Rush Hour," based on John Adams' "Short Ride in a Fast Machine." Adams described his frenetic minimalist masterpiece with the words, "You know how it is when someone asks you to ride in a terrific sports car, and then you wish you hadn't?" The relentless continual attack of the repetitively stabbing chords perfectly caught the exasperation of the rush-hour commute.

"Jug Blues and Fat Pickin'" by Donald Freund was said to highlight the camaraderie, discord and humor that accompanies the daily rituals on the "Assembly Line," the title of sketch number three. The Memphis Beale Street music scene in the late 1920s and down-home bluegrass banjo pickin' inspired the rollicking piece, originally written for concert band. In the work, Freund re-created the joy of a jug band, which typically included guitars, banjos and a variety of homemade instruments; such as rhythmic spoons, washboards, a washtub bass and a glass or stoneware jug into which a performer produced different pitches depending on the tension of their lips. 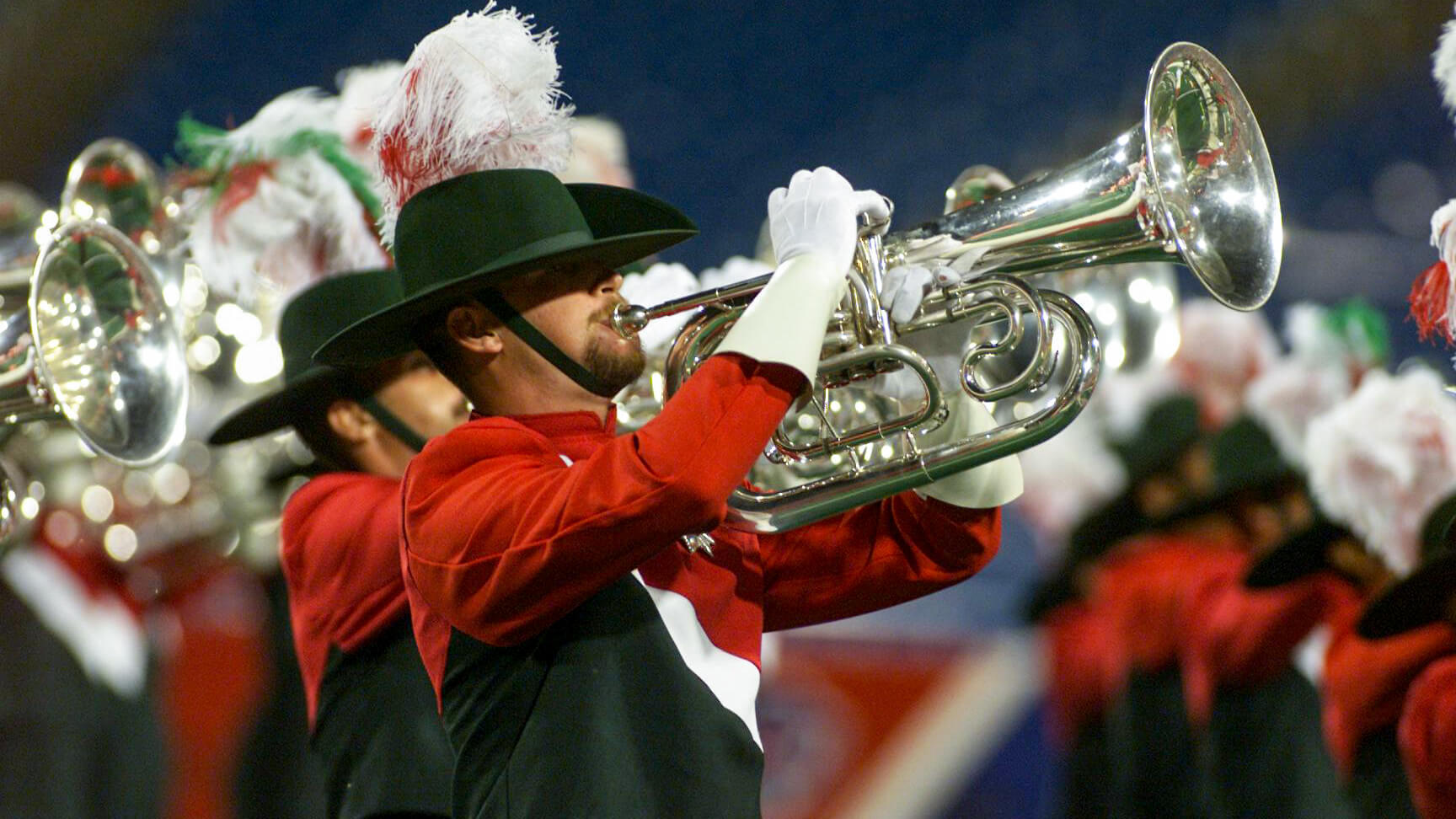 Another concert band piece, the "Lento, pesante" movement from Norman Dello Joio's "Variants on a Medieval Tune," was featured during the next "Skyline Dreams" sketch. Particularly notable at the end was when the color guard members looked at their "watches" and tapped them to be sure the devices were still working, as some days at the office never seem to end.

I, the author of this article, served as an escort for the famed maestro Dr. Frederick Fennell in Buffalo, who was on hand for the opening ceremonies of World Championships Week to conduct the corps in a en masse performance of "America the Beautiful/O Canada." During the corps' run-through of their show, he was so enraptured by the interpretation of this piece that he took his cell phone out and phoned the composer to share what he had just witnessed.

As tired as the Vanguard “office workers” may have been at the end of the workday, there was a spark of life that reinvigorated them once they left the office for the "Metropolis Finale," based on "New Era Dance" by Aaron Jay Kernis. The jazzy roars of urban nightlife filled the field with the strains of what the Times' music critic Richard Morrison described as "a six-minute explosion of New York exuberance." 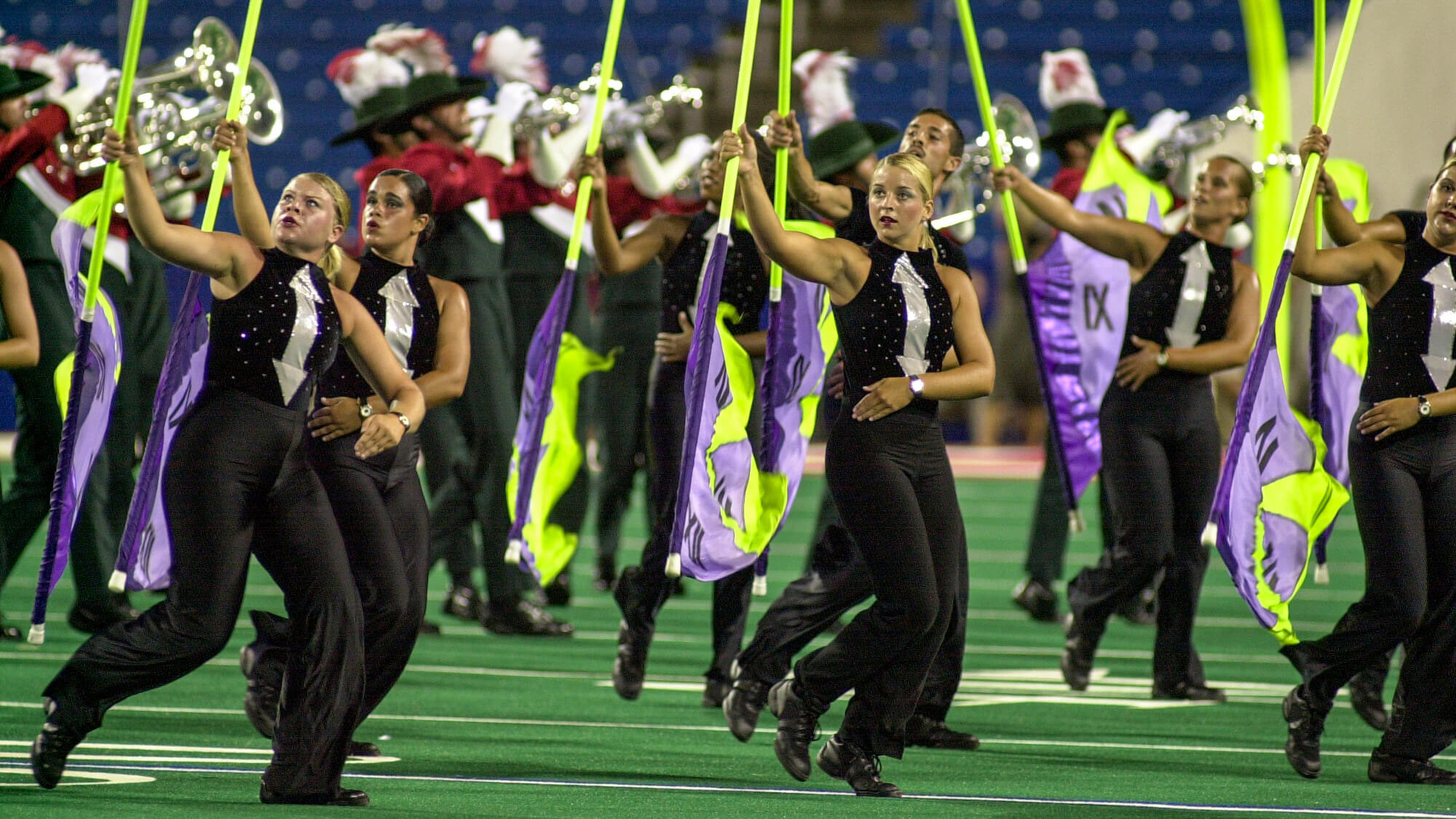 The expressions of partying through the night and the cacophony of the city nightlife scene increasingly got out of control, and a siren announced the arrival of the police to restore order. One of the battery percussion bass drummers commenced a rhythmic beat over which the members started chanting, "New Era…New Era…New, New, New…New Era" over and over.

The color guard members let loose and started gyrating to the increasingly jazzy percussion beat. A very short visual tribute to the corps' famed "Bottle Dance" brought huge cheers from the audience. At the end of this color guard feature, one member marks time and salutes in a gesture of the old school acknowledging the "new era" of the new school.

In another visual tribute, this one to the corps' Championship-winning show from two years earlier, two narrow blocks of horns, one in front and one in back, pivoted mirror-like as another block forced itself into the middle and all became one massive form that split apart and then wedged back together from another direction.

Finally, the day was complete and it was time to go home and sleep off the raucous night of partying. After the relaxing bliss of the weekend, the alarm clock would once again ring and start the process all over again.