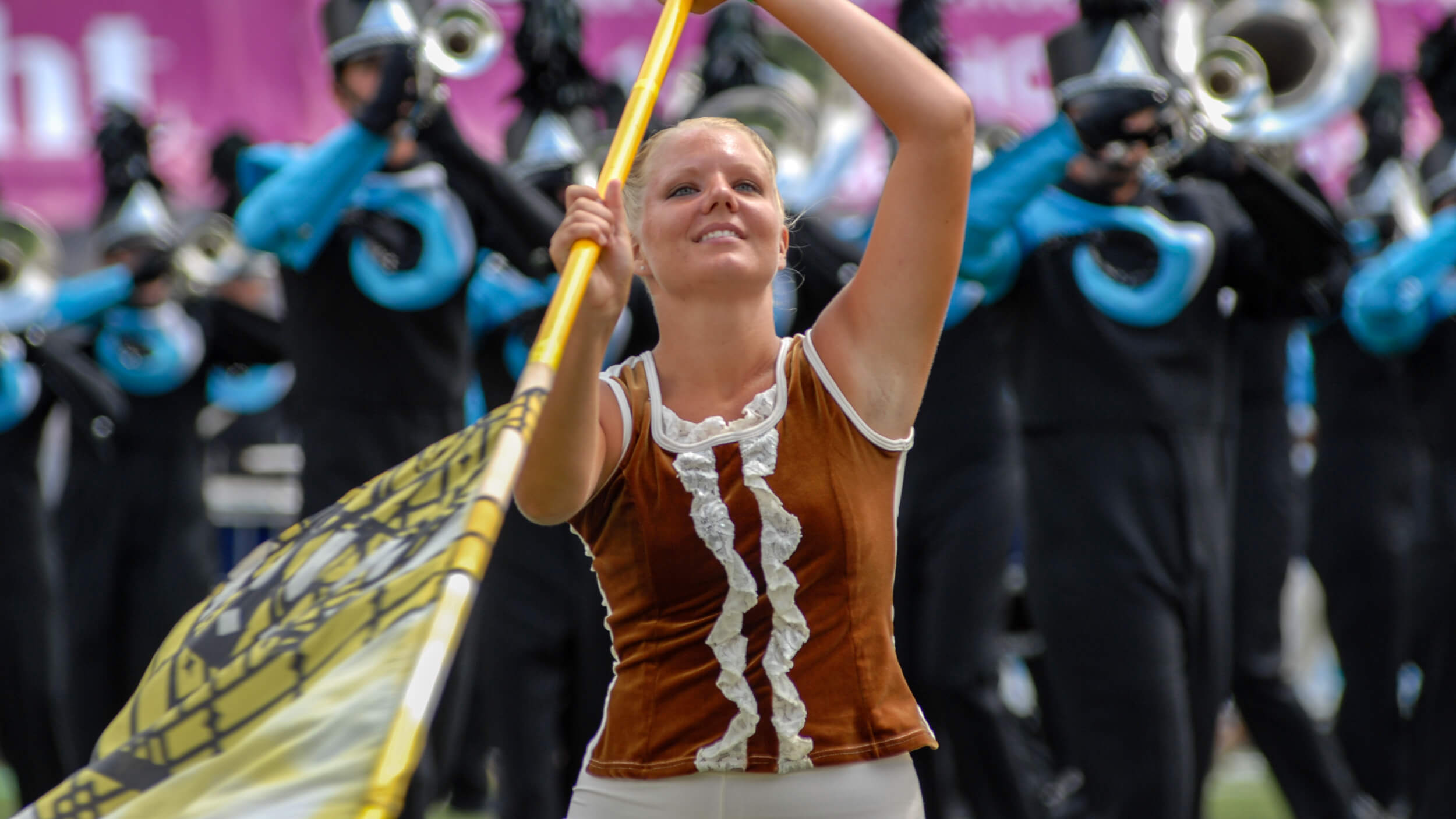 Prior to the introduction of Drum Corps International’s Open Class and World Class divisions in 2008, Open Class corps were split into two separate classes, Division II and Division III.

The 2006 DCI Division II & III World Championships were held in Madison, Wisconsin, a day prior to the Division I Finals. It was one weekend after all Division II & III corps competed in either the first or second day of the Michigan City, Indiana Great Lakes Open. The success of those two events inspired DCI to hold the Open Class Championships in the Lake Michigan community between 2008 and 2018.

The top four Division II corps entered the World Championships separated by only six tenths of a point when combining scores from the two nights in Michigan City. The Academy successfully defended its undefeated season to win the Division II title in its first year of conducting a national tour, taking first over East Coast Jazz, a corps that had a slightly higher score in Michigan City but performed on a different night.

Jersey Surf finished in seventh place with “The Jersey Surf Visits the Moulin Rouge,” celebrating the famed Parisian nightclub founded in the late 1800s. The venue is regarded as the birthplace of the can-can revue that took European cabarets by storm, strongly influencing both Broadway and Las Vegas productions. All music in the show came from the 2001 Baz Luhrmann-directed movie, “Moulin Rouge!” which starred Nicole Kidman and Ewan McGregor.

Interestingly, despite the theme, the corps approached the material in a much less programmatic way than it had many previous offerings, when the productions featured obvious storylines. 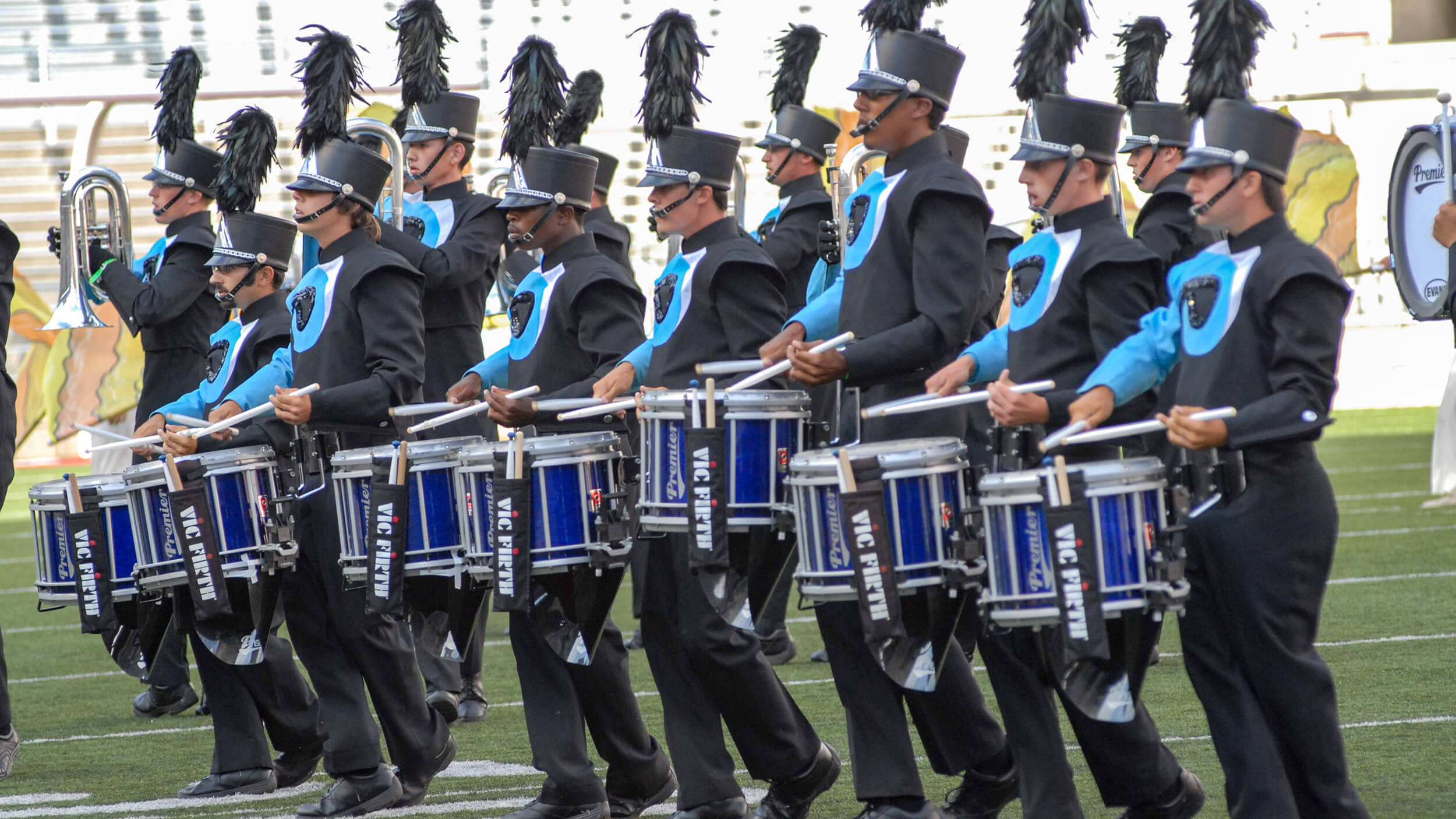 The show kicked off with “Nature Boy” by George Alexander Aberle, better known as eden ahbez, whose Bohemian lifestyle is said to have inspired the hippie movement. He wrote the song in 1948 for Nat King Cole. His followers were known as “Nature Boys” and emulated his lifestyle. He shot to fame when Cole’s rendition of the song stayed at number one on the hit charts for eight weeks. Surf utilized the techno version recorded by David Bowie that opened the movie.

After a brisk opening fanfare, the mood changed dramatically with “El Tango de Roxanne,” a remix of The Police’s 1978 hit “Roxanne” for the film that combined Argentinian composer Mariano Mores’ “Tanguera.” Jersey Surf utilized this particular piece in its production again in 2011, and it has been popular with other corps including the 2009 Vanguard Cadets, 2012 Oregon Crusaders and 2016 Carolina Crown.

Surf filled the sound pallate with Latin percussion in the front ensemble. The color guard did a few tango steps along the way, but didn’t focus on replicating it as a full-fledged dance. Prior to the intense ending of the opener, a few guard members paired up with partners to tango some more, accompanied by vivaciously bright-striped orange flags.

Next the corps turned to the Elton John hit “Your Song” which Ewan McGregor covered in “Moulin Rouge!” Jersey Surf performed the first segment of the piece to the backfield, and when the corps turned around to face the front, they unexpectedly kept the volume down until near the very end.

Closing things out, Surf turned to Jaques Offenbach’s peppy “Can-Can.” The corps treated the music with humorous asides in the percussion as the color guard members lifted up their flowing skirts above their knees in a salute to the bawdy high-kicking dancers of the Moulin Rouge. It was an act that over a hundred years earlier would have shocked those with prurient sensibilities.