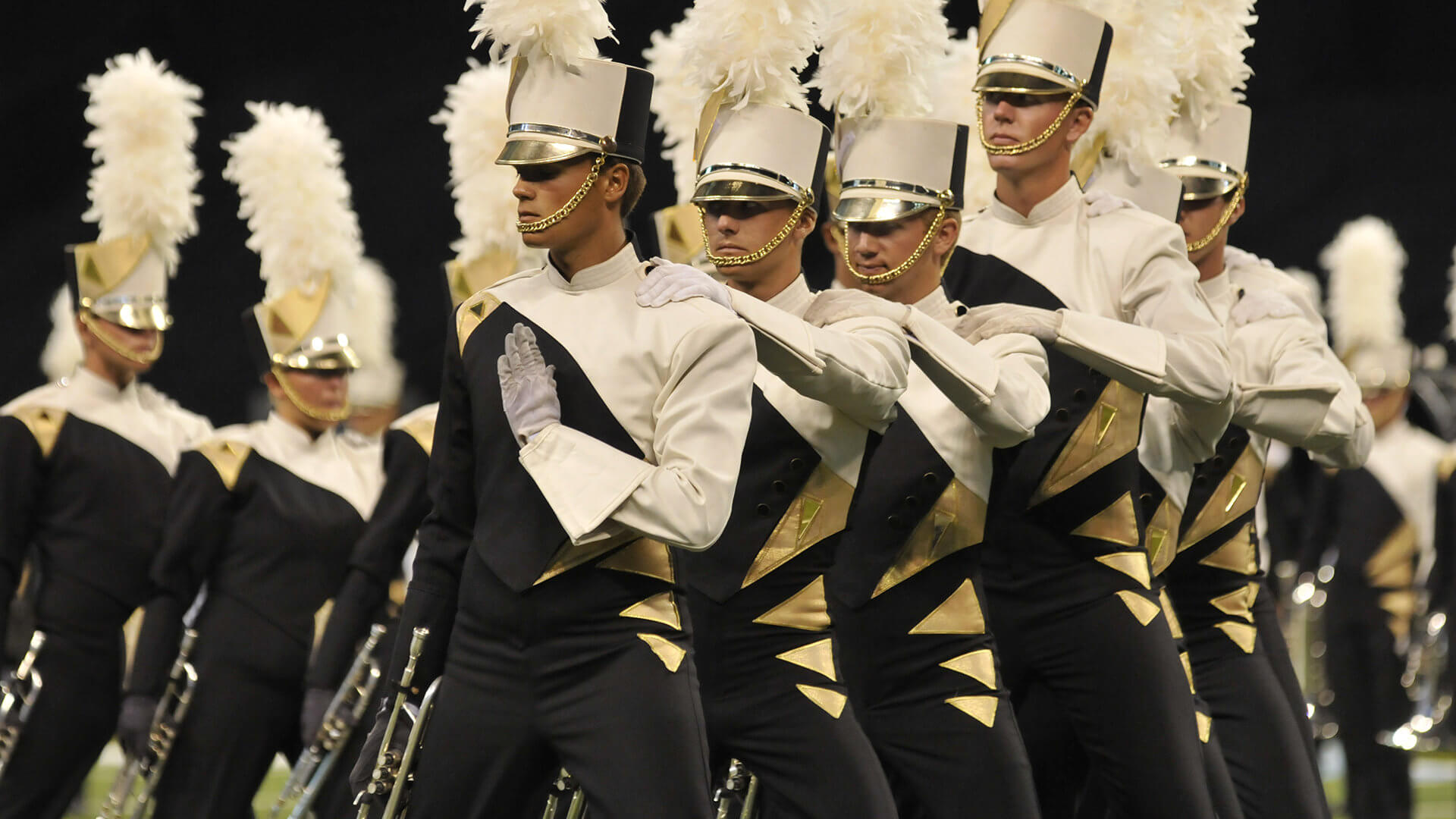 The Cavaliers reached the medal podium after falling off it the year before for the first time in more than a decade, while the Bluecoats, in third place, earned the corps’ first medal ever.

In Glassmen’s 12th-place show, “The Prayer Cycle,” the corps was inspired by the search to understand life’s greatest mysteries. 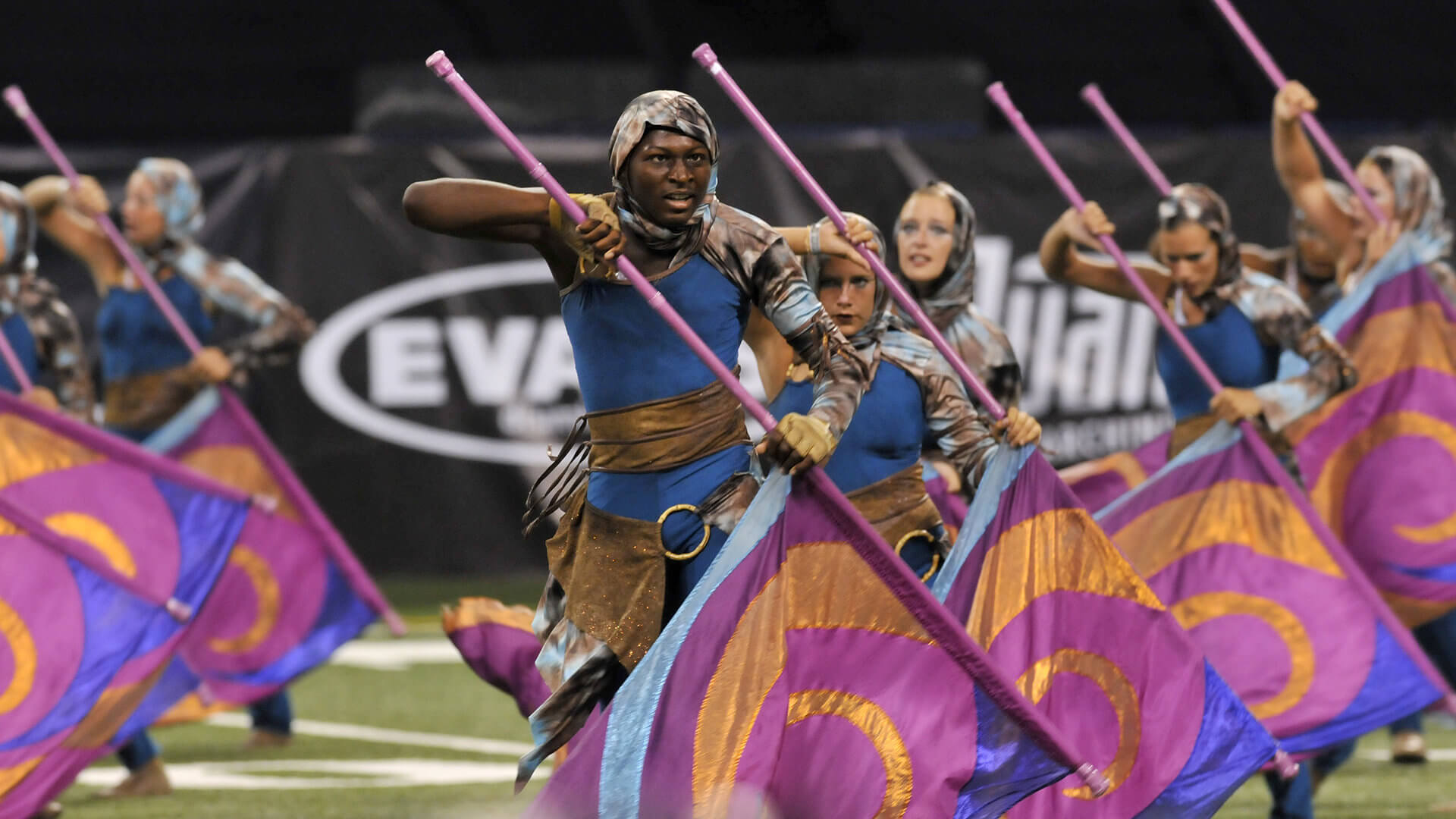 “Act 1 – Reverence: Mercy,” began with “Mercy,” the title of the first of nine movements in Jonathan Elias’ work that gave the show its name. Written in 1999, the contemporary choral symphony featured singers from around the world and was written in 12 different languages. In the original, Canadian pop-artist Alanis Morissette and Salif Keita, an afro-pop singer-songwriter from Mali, sang “Mercy” in Hungarian.

Elias got his start in composition writing music for movie trailers, but his most famous contribution to contemporary culture may be the Yahoo! “yodel.” He’s also written several selections for Duran Duran and has a second and quite successful career as an ad executive, winning several Clio Awards for major advertising campaigns.

The Glassmen snuck a short quote of “The Gift to Be Simple,” the Shaker hymn Aaron Copland borrowed for his “Appalachian Spring,” into the work at its musical climax, followed by a stationary drill formation that strongly resembled a partial outline of a dove, the bird of peace.

“Scene 2 - Ritual: Primacy of Number” came from the soundtrack to the 2002 film, “Naqoyqatsi,” by minimalist composer Philip Glass. The movie was the third and final contribution to the trilogy that earlier included “Koyaanisqatsi” (1982) and “Powaqqatsi” (1988). “Nagoyqatsi” is a Hopi term for “life as war,” and as such, the movement introduced conflict and angst into Glassmen’s production. 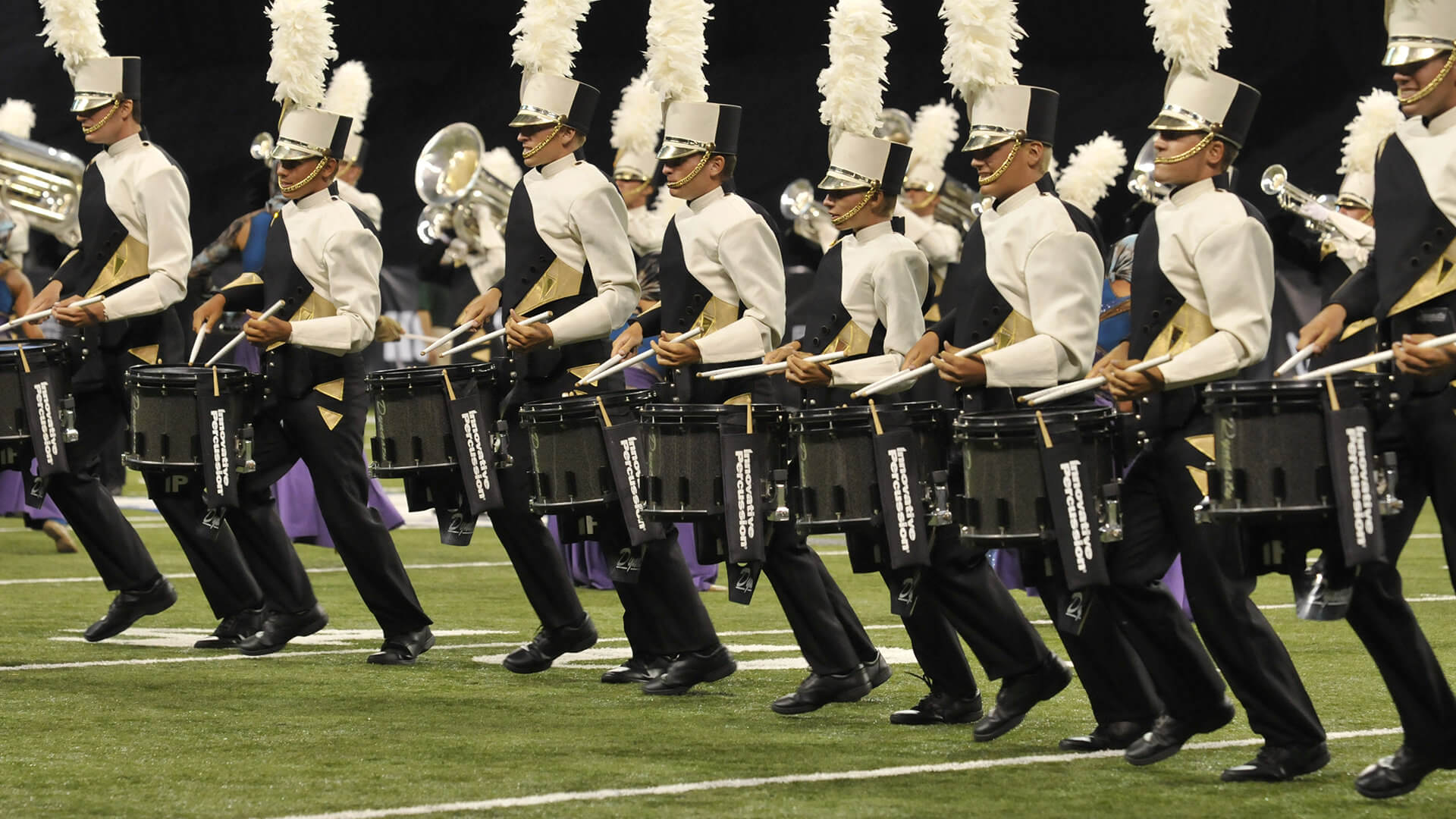 “Scene 3 - Conflict: Terminal” was from cut three of 16 of James Dooley’s “Position Music – Orchestral Series Vol. 4” of 2009. Dooley has contributed music to many famous films scored by other composers. “Position Music” is comprised of his theatrical trailers for several of those films. The music during this brief segment became much more ominous in character.

The inner conflict subsided in the corps’ “Act 2 – Hope,” based on “Hope,” movement three of nine from Elias’ “The Prayer Cycle.” Gradually, a path toward spiritual enlightenment was illuminated through the increasingly positive music, helping build a stronger foundation of compassion.

“Act 3: Faith” began with “Scene 1 – Doubt: Epiphanies,” extracted from Ron Nelson’s “Epiphanies, Fanfare and Chorales,” the symphonic composer best known to drum corps fans for his “Rocky Point Holiday.” This was a temporary speed bump in the road to enlightenment heard in the previous segment, but one that set up the cornerstone of the journey by demonstrating the conquering of fears and doubt through music.

Nelson based the theme on an octatonic scale consisting of eight pitches within an octave as opposed to the normal seven pitches. Consider that a C major scale is C, D, E, F, G, A, and B—seven pitches. Now add another pitch in between and you’ll understand things get a bit more complicated composition-wise.

Closing out the production, “Scene 2—Devotion: We’re All Jungle Creatures” came from John Barry’s score to the 1968 film, “The Lion In Winter.” The movie featured Peter O’Toole and Katherine Hepburn and marked the debuts of both Anthony Hopkins and Timothy Dalton. The film was a fictionalized account of Christmastime in the court of King Henry II back in 1183.

As the angst gave way to a permanent sense of optimistic relief and musical bravado, a sea of heavenly golden lamé flags flooded the field. The path to understanding, rocky and full of detours, was now complete.

This was the 16th and last time Glassmen would be seen among the top-12 at the DCI World Championship Finals. The corps would finish 13th and 14th the following two years before ceasing operations.

For this week only, you can save on the World Championship Blu-ray set that contains this complete Glassmen performance.