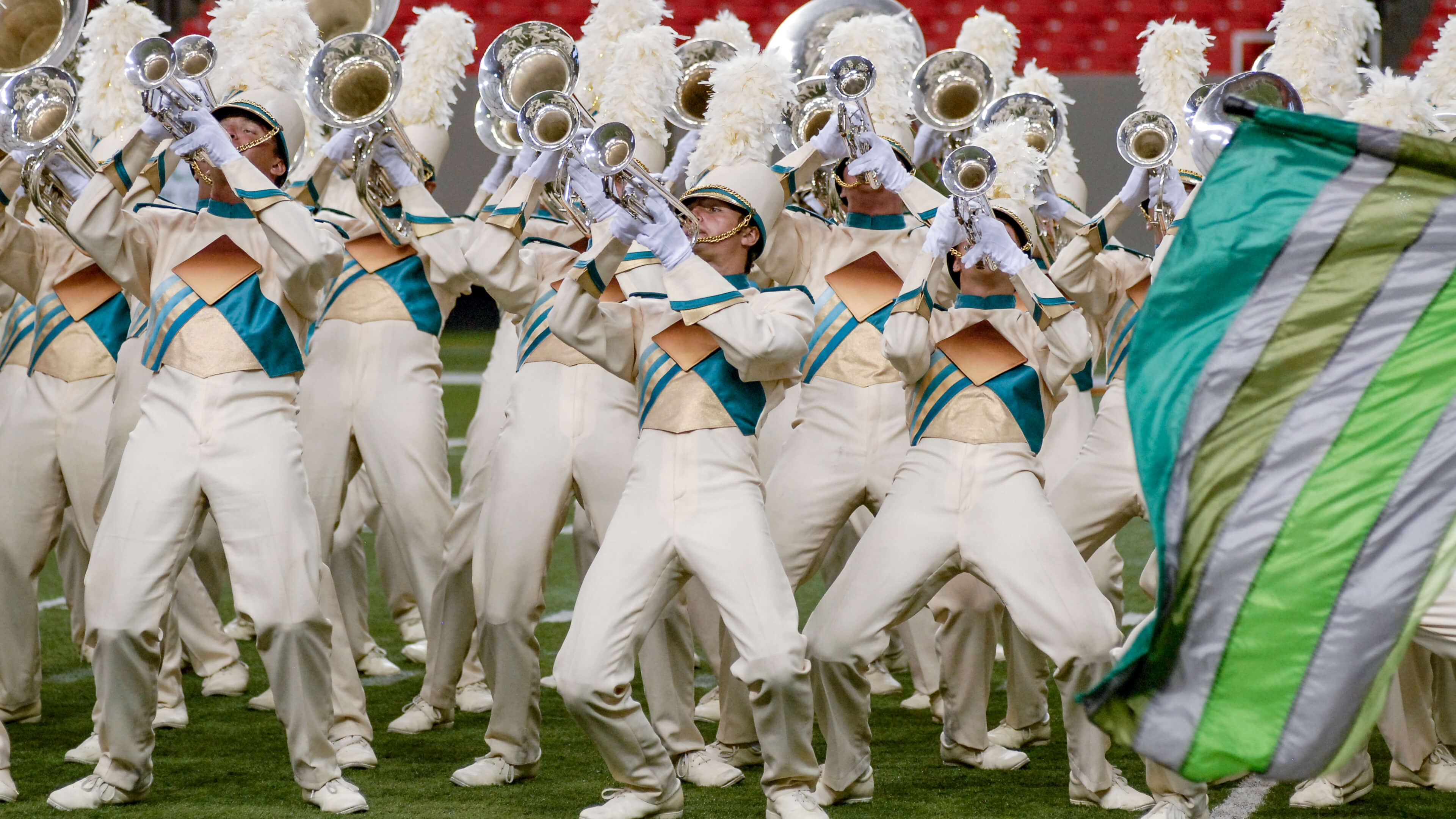 Competition was tight for the corps that fell below the top-12 cutoff for the 2010 DCI World Championship Finals at Lucas Oil Stadium in Indianapolis.

Colts finished in 13th place for the fourth time in five years, staying just a half a point ahead of The Academy. Troopers slipped to 15th from the 12th-place finalist berth the corps earned the year before which was its first since 1986. Spirit and Crossmen had to hold off some serious challenges from non-Semifinalist corps to stay in the top 17, as 2010 was the last year before all Open Class corps would compete in Prelims, with the top-25 corps advancing to the Semifinals.

Pacific Crest, in 18th, came within 0.45 points of making it into the Semifinals, with Mandarins in 19th and Teal Sound in 20th in the corps' first year as a World Class corps, finishing the season just 0.30 under the Mandarins. 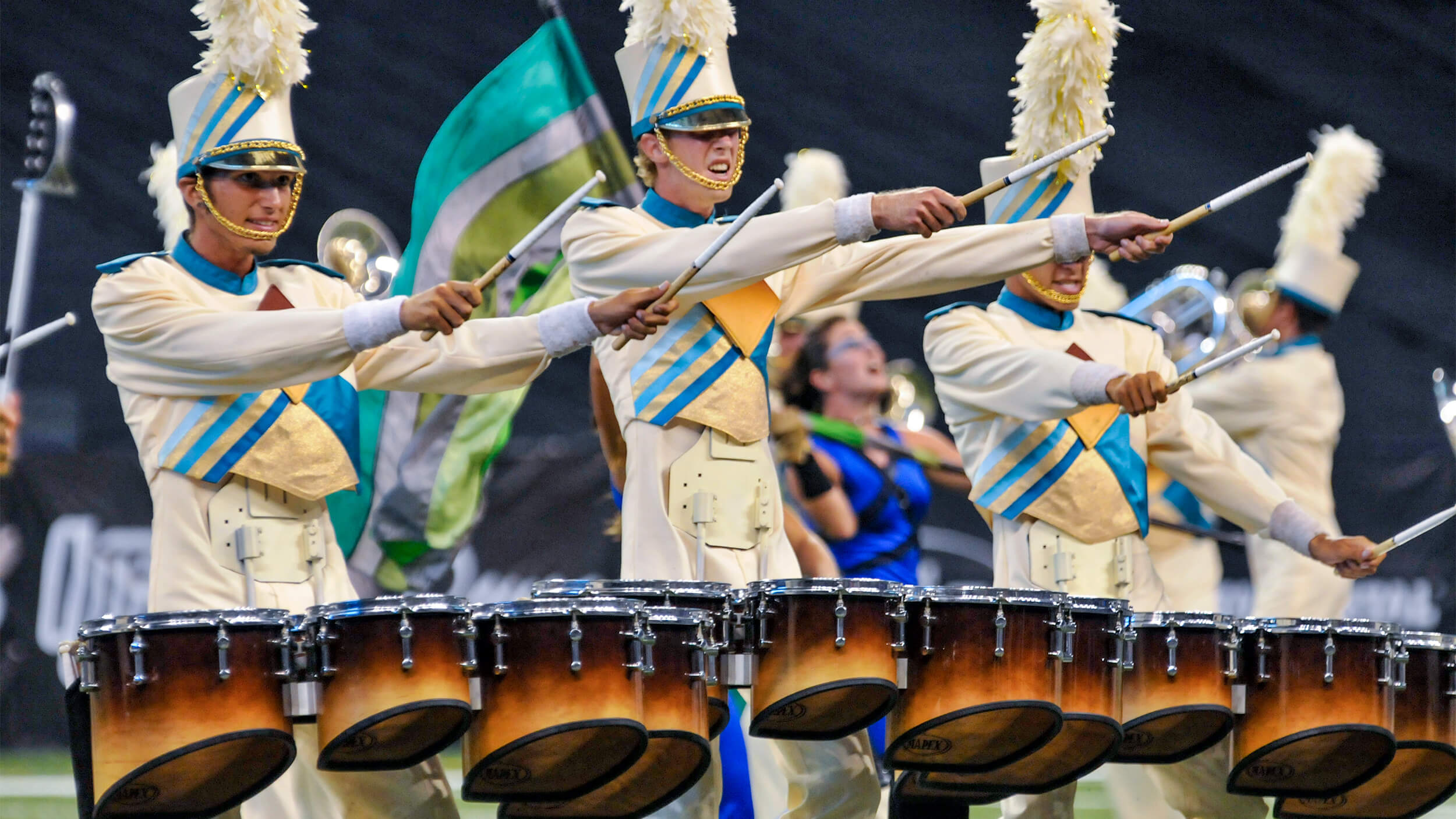 During the corps’ six consecutive years as a finalist at DCI's Open Class World Championship, Teal Sound shook up some fans with a decidedly different approach to drum corps. The corps was known for incorporating and prominently featuring a rock band—with screaming electric guitar and electric bass—in its front ensemble.

For 2010, the corps based much of its show, "In the Presence of Enemies," on the music of the progressive metal rock band Dream Theater. The corps had earlier based its entire 2004 production on the band's music.

The show started with all the brass players lined up on the five-yard line, slowly pouring onto the field to an ethereal series of slowly-evolving chords with occasional soft interruptions from the front ensemble and various sections of the drum line. This was based on the very beginning of the opening of "Someone Like Him," the first movement from Dream Theater's "Octavarium," a five-movement work from the 2005 concept album of the same name.

In the original introduction to the piece, keyboardist Jordan Rudess played on a Continuum Fingerboard, a long, flat music controller of more than four-feet in length that made no sound of its own, but allowed for sounds of almost eight octaves to be produced utilizing touch sensitivity while sliding the finger over the sensors that lie under a neoprene cover. Teal Sound caught the ghostly otherworldly nature of this opening, prior to the announced introduction of the corps.

The show progressed into "In the Presence of Enemies, Part 1," from Dream Theater's 2007 album "Systematic Chaos," originally a 25-minute work inspired by a Korean print cartoon. This piece unleashed the power of the horn line and introduced the audience to the soloist contributions of the electric guitar and electric bass, a couple of instruments that never failed to shock audience members who hadn't yet fully accepted the introduction of electronics into drum corps.

Jordan Rudess also did some solo albums, and "Ra," from his 2004 "Rhythm of Time" solo album was a hard-driving, overdrive guitar work that let the horns and the electronics really cut loose. Following, "Feed the Wheel," from the 2001 album "Feeding the Wheel" by Rudess, succinctly wrapped up everything Teal Sound was about. 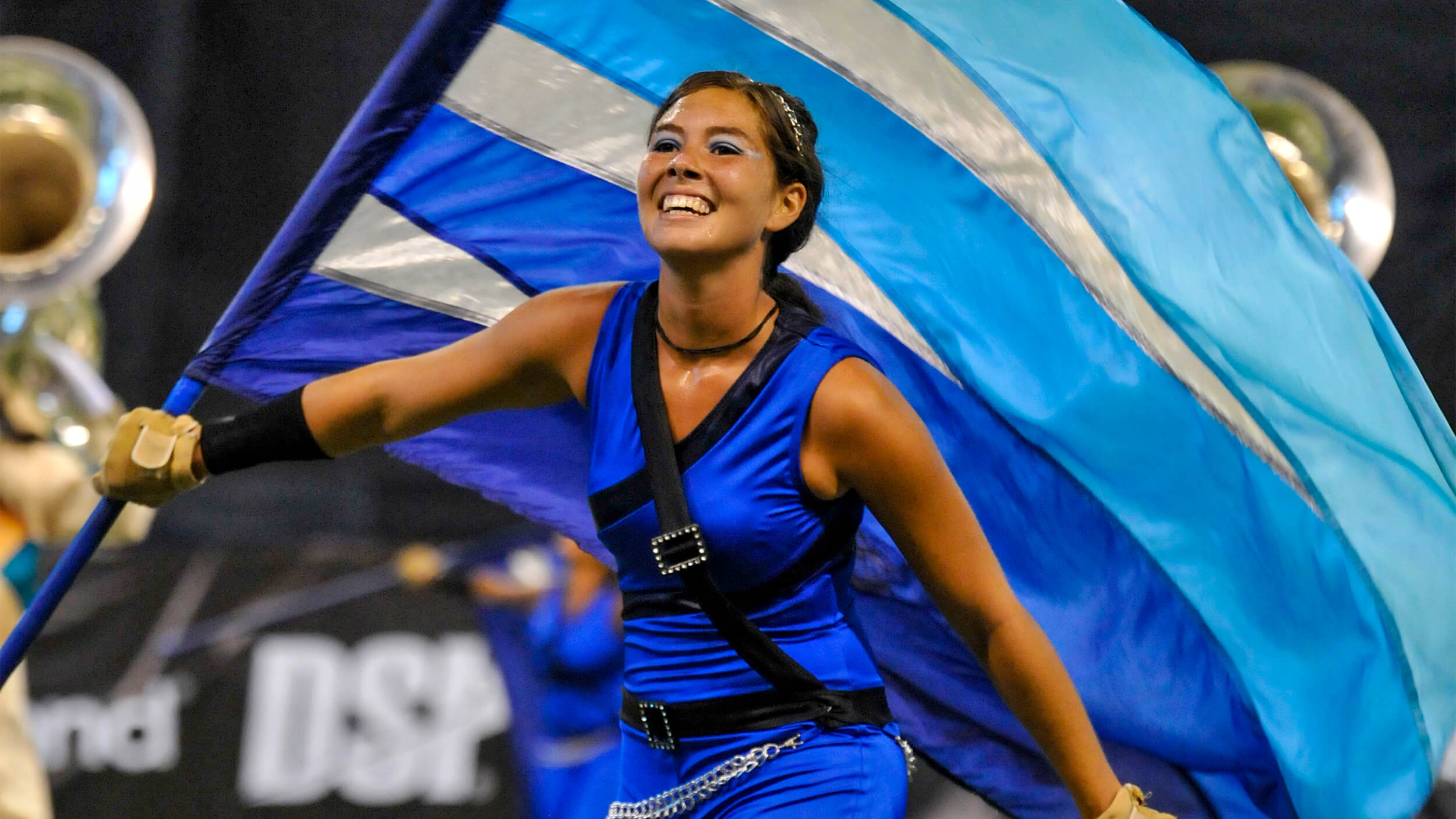 By this point, the corps and audience members needed a bit of a breather, and that was supplied by Dream Theater's "Goodnight Kiss" from the middle section of "Six Degrees of Inner Turbulence," a 42-minute song that took up the entire second CD of the band's 2002 album of the same name. Color guard flags turned from bright clashes of color to pastels for this work that originally was written about a mother suffering from post-partum depression.

The closer of "The Running Free" was from the 2007 album, "No World For Tomorrow," by Coheed and Cambria, another American progressive rock band that soaked up many other rock influences. Each of the band's concept albums contained a science fiction narrative written by Claudio Sanchez, the band's lead singer. Each story recorded by the band was also presented in a series of commercial comic books.

During their 13 years on the field, Teal Sound had often turned to rock bands for inspiration. In the 2010 DCI Souvenir Yearbook, corps director Randy Blackburn said, "Identity is very important to us and the directions we want to move in can be classified to some as taking chances outside the realm of drum corps; but the way we look at it is very simple … entertain the crowd as if they were at a rock concert and give them their money’s worth!"