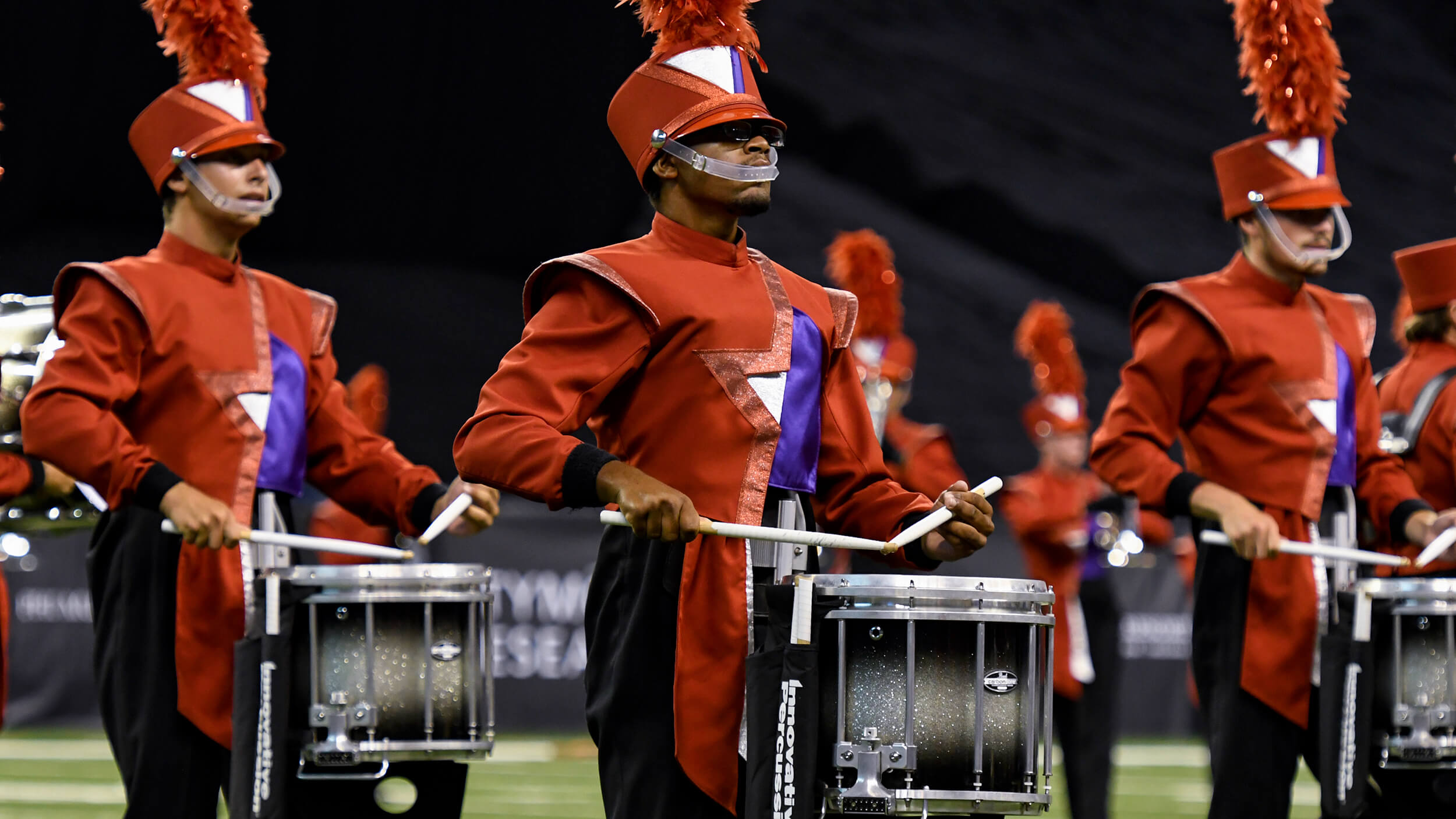 Blue Devils B would have had an undefeated 2016 season were it not for a 0.05-point loss to Vanguard Cadets in late June and a 0.25 loss to its Bay Area rival in mid-July.

At the Open Class DCI World Championship Finals that August in Michigan City, Indiana, however, the Concord, California corps swept all caption awards for its “To the Moon” production and went on to place a strong 15th place at both the DCI World Championship Prelims and Semifinals in Indianapolis later in the week.

Vanguard Cadets took second place with “The One” and the third-place Legends received their first Open Class medal for “The Grid,” which featured shakos that were lit up with bright green LED lights at the end of the show. Genesis placed fourth at the Open Class Finals, followed by Spartans, Music City, 7th Regiment, Gold, and the ninth-place Louisiana Stars, enjoying the corps’ first trip to the DCI World Championships. 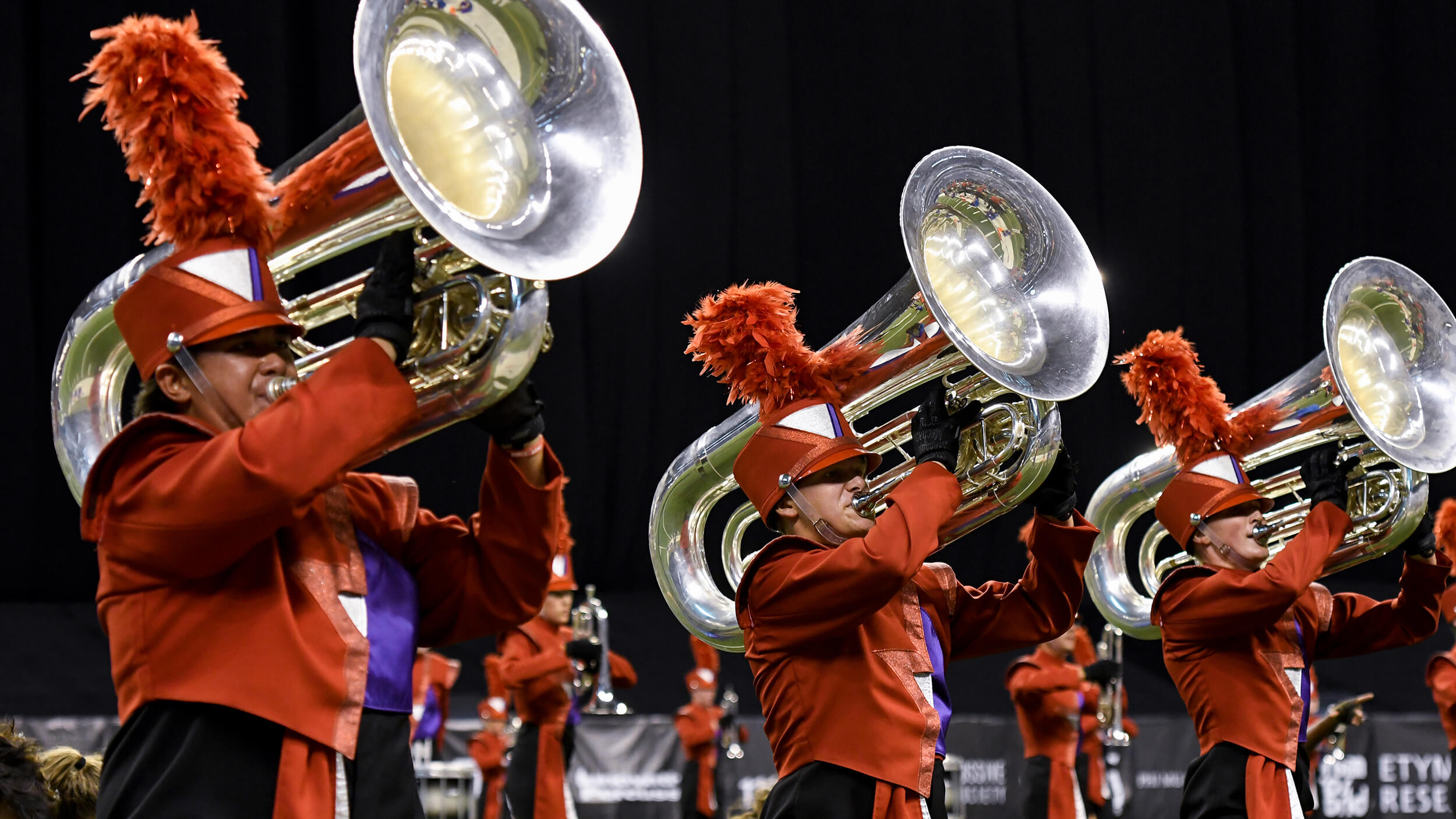 Marking the corps’ third competitive season on the DCI Tour, Louisiana Stars’ 2016 production, “In Suspense,” invited the audience into a darkened movie theater, opening with the sound of a rolling movie theater projector and an audio recording of the classic “Let’s all go to the lobby” movie preview.

Corps members took the field in carefree anticipation of enjoying the coming cinematic presentation, but the mood turned somber when a voice that seemed to channel a mix of suspense filmmaker Alfred Hitchcock and horror film actor Vincent Price announced, “And now tonight’s feature presentation,” while the corps settled in to the ominous strains of Modest Mussorgsky’s “Night on Bald Mountain.”

While most think of Mussorgsky when they hear the piece, fact is it didn’t become popular until Nicolai Rimsky-Korsakov published an orchestral fantasy of the work in 1886. That was five years after Mussorgsky’s death and about 20 years after Mussorgsky wrote the piece, which was never performed in his lifetime. The work received its greatest exposure when utilized at the end of the Disney’s animated “Fantasia” film of 1940, which was based on the Rimsky-Korsakov version.

On the football field the narration continued with the warnings, “Prepare for intrigue” and “Prepare for excitement,” leading into the live DCI announcer’s introduction of the corps and the unrolling of red flags that until then appeared as short streamers.

After several seconds of music, the voiceover continued with, “Prepare for suspense,” leading into James Newton Howard’s “Hand of Fate” from “Signs,” the 2002 M. Night Shyamalan science fiction horror flick.

The line, “The science of making the audience feel it’s being watched, but there’s no one there,” played off Shyamalan stretching suspense throughout “Signs.” The filmmaker referenced an alien that was watching the earthlings, but wasn’t seen until near the end of the film. Narration continued through the rest of “In Suspense,” highlighting the mood of the music as well as the color guard work. 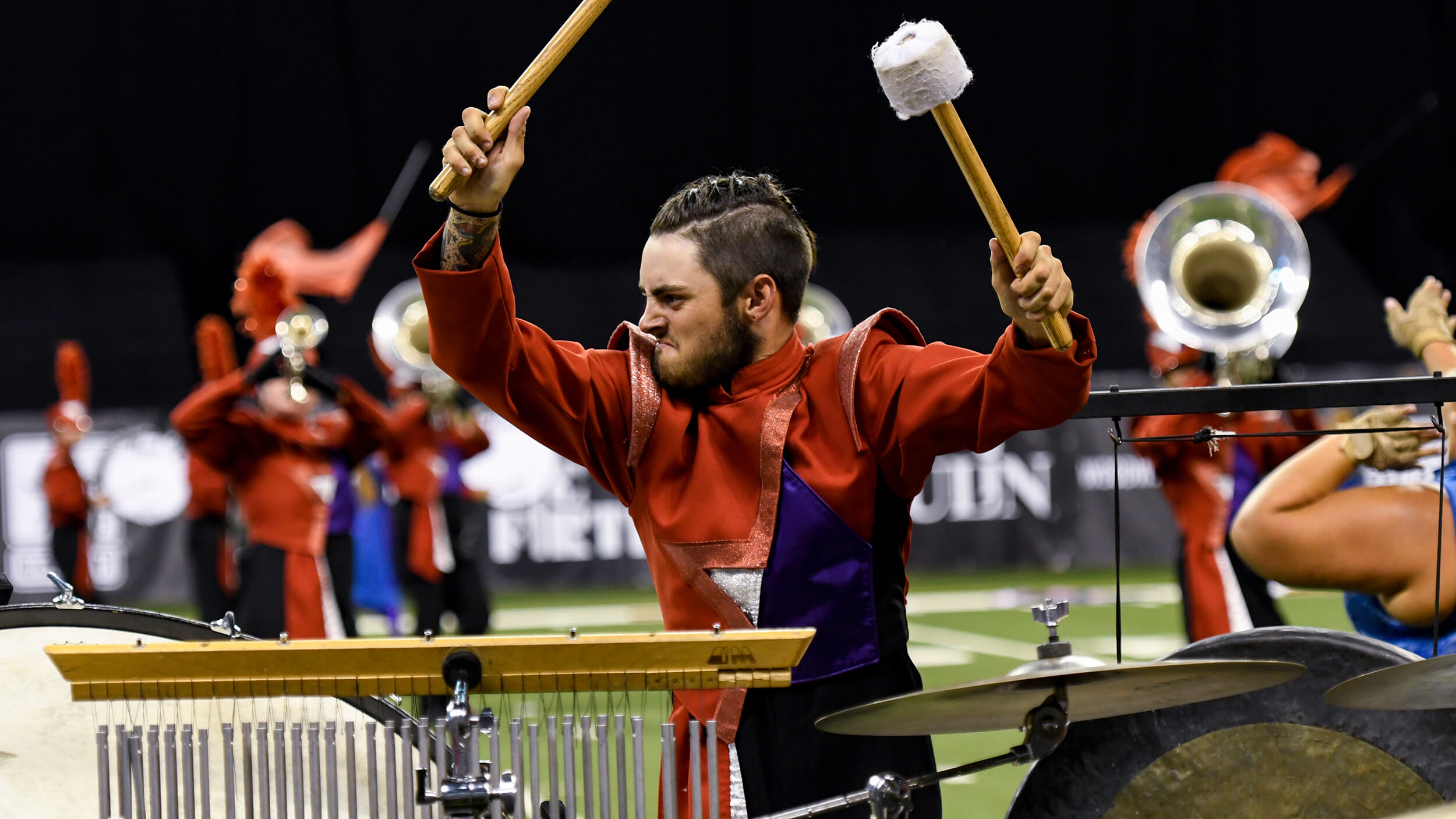 Next, Danny Elfman’s “Ice Dance” came from 1990 Tim Burton film, “Edward Scissorhands,” which featured Johnny Depp as well as the 79-year-old Vincent Price in his final role. The director and composer had earlier worked together on the hit, “Beetlejuice,” and have collaborated on 16 films thus far.

Louisiana Stars designers chose Eric Peel’s “There’s Always a Bigger Demon” for the show’s closer, which is listed on the composer’s website as being, “like an exciting horror movie arrangement.” Peel marched as a percussionist with the Seattle Cascades from 2009 through 2011. He specializes in writing and publishing percussion music for various-sized ensembles.

During this segment the corps formed its logo of a five-point star while leading into the narration, “When all is said and done, there is but one thing to consider: Always keep your audience in suspense.”

A reprise of “Night on Bald Mountain” led to the formation of a giant eye, accompanied by the abstracted pixelation of an eye on a flag. That same flag reappeared from earlier in the show, conveying the unease of sensing one was being watched.

Upon the end of the music, the sound of the rolling movie projector could still be heard.

In 2016 and 2017, Louisiana Stars received the honor as Most Improved Open Class Corps.