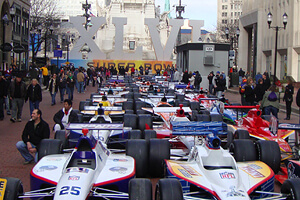 Indy cars with custom NFL paint jobs line one of Downtown
Indianapolis' main thoroughfares for the Super Bowl.
Home of Drum Corps International's world headquarters, we couldn't be more thrilled with all of the excitement that's building in downtown Indianapolis in the week leading up to Super Bowl XLVI at Lucas Oil Stadium. Whether you've never been, or if you've visited our city in the past for our own "Big Game," the DCI World Championship, now's a great time to follow all of the action in the news and media to see the Circle City come to life for football fans around the world. Here are a few choice links to explore to see all that's going on in downtown Indy. Info: Indy Host Committee (IndianapolisSuperBowl.com) Video: Indianapolis CVA (YouTube.com/VisitIndyTV) Photos: Super Bowl XLVI Around Town (NFL.com 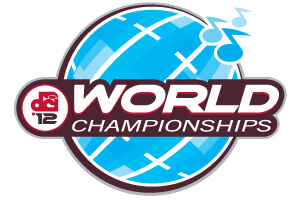