For a drum corps member, there are few things more distressing than finding out your corps is folding. Fortunately, this has been happening substantially less now than it did in the past, but on the rare occasion when it does happen, many people are left traumatized by the incident. Stephanie (Alexander) Louden has a unique perspective on surviving a corps folding. It happened to her twice. Incidentally, Stephanie and her husband celebrate their one-year anniversary on Sept. 27. They are presently the webmasters of the official 27th Lancers website at www.27thlancers.net. 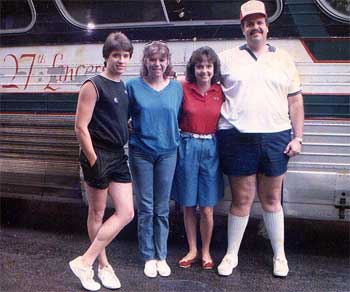