A drum corps fans submitted this photo and caption. 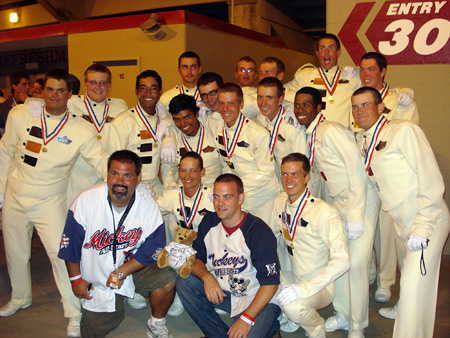 Here is a photo of Carolina Crown's "Sweet 16 Tuba Line" taken during the World Championship Finals in Bloomington after their awesome fourth place finish. Also in the photo is Tim Snyder who was their awesome tuba staff member for the summer. Ryan Summers is to the right of Tim and also assisted the tubas during the 2008 season. Great job tubas!