As released on BusinessWire.com: ADDISON, Ill. – May 26, 2006 – Drum Corps International, the world leader in producing and sanctioning competitive marching music and related stadium events for youth, today announced that several of its member corps have entered into a hedging transaction to lock in current fuel prices. The deal was structured to protect corps participating in Drum Corps International's Summer Music Games Tour against the increasing cost of fuel. With more than 140 scheduled Drum Corps International-sanctioned events across the United States each year, the corps participating in the hedge will travel approximately one million vehicle miles this summer and consume an estimated 170,000 gallons of fuel. Ten corps formed the Summer Tour Fuel Partners, LLC, which allowed them to purchase options on fuel prices to reduce the impact of rising fuel costs and keep their fuel budget below $500,000. The hedging transaction has been extended to all Drum Corps International member corps that wish to join the Summer Tour Fuel Partners. 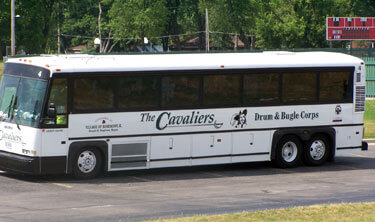