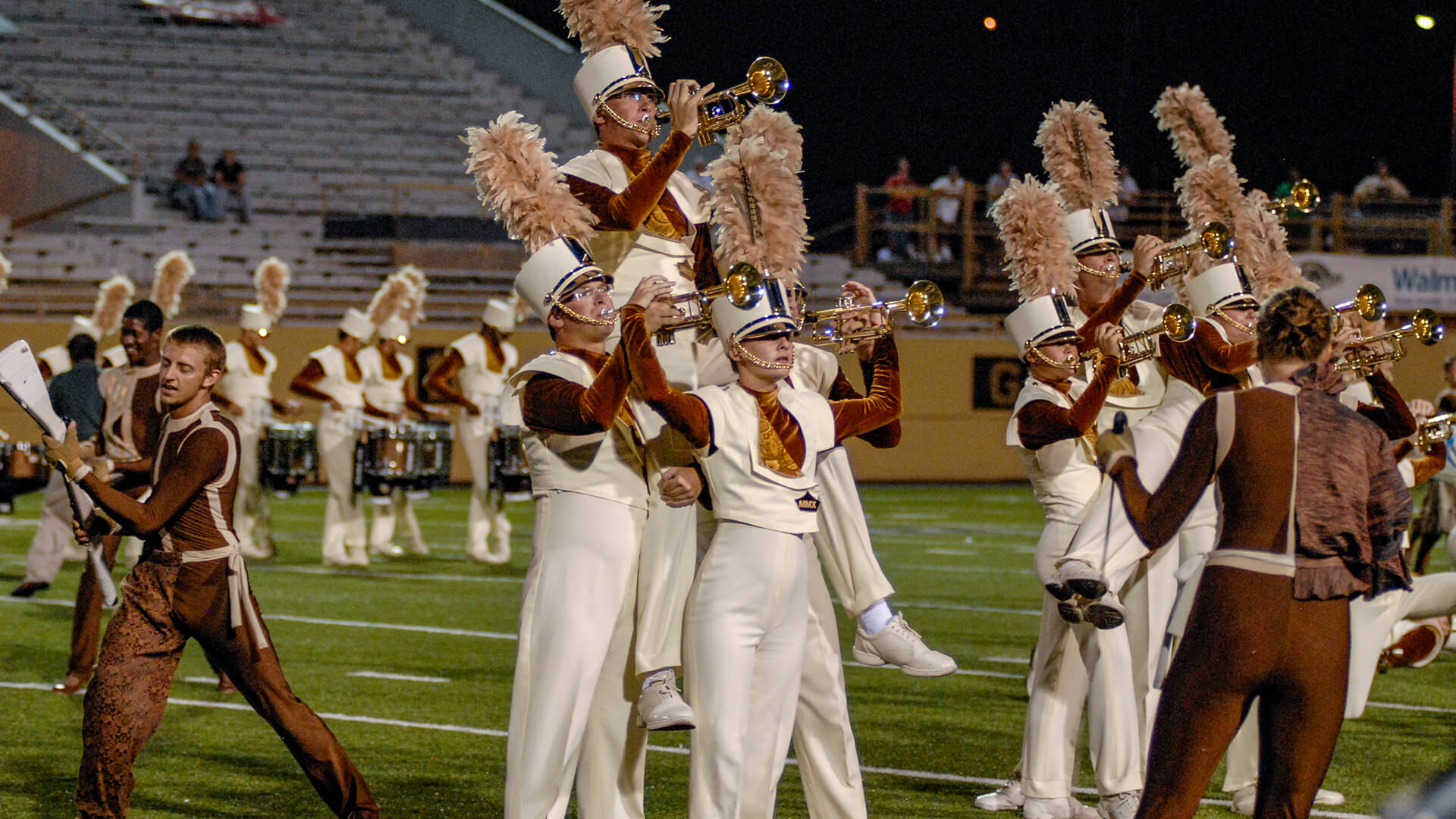 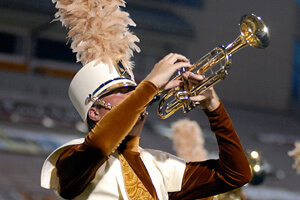 The summer of 2010 is shaping up to be one of the most exciting competitive seasons in recent years. With Carolina Crown, Blue Devils, the Cadets and most recently the Bluecoats trading high scores and top spots at their respective events, it's an indication that this season is still up for grabs and anybody's for the taking.

Ultimately, it was Carolina Crown (1st, 86.350) who would edge out the Bluecoats (2nd, 86.250) by a tenth of a point on Saturday, July 10, as corps converged on Western Michigan University's Waldo Field in Kalamazoo.

"Absolutely nothing has changed for us," said Carolina Crown color guard captain Meghan Brackett regarding the end of the corps' undefeated run which happened one day earlier in Akron, Ohio. "All of us are here to perform and have great shows. I thought the energy from the crowd [in Kalamazoo] was amazing, and the energy on the field was even more amazing. It felt like everyone performed for each other, and that read out into the audience."

Though back on top, the Ft. Mill, S.C. corps has no plans to relax. "We're getting a lot of changes soon, so we'll be pushing through those and getting them as good as we can, as quickly as we can," Brackett said. "We'll work on becoming more consistent with our show and building the energy that we already have in performing it. We want to end up smiling at the end of the night instead of basing it off of a placement." 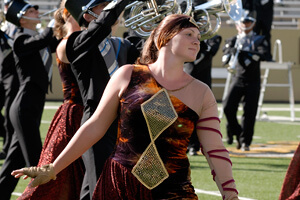 But it's more than scores that are grabbing people's attention this year. Fans and corps were excited to return to Kalamazoo, Mich. for the first time since 2008. The event brought the Open Class corps Legends (1st, 65.500) back to its hometown, earning a victory over Colt Cadets (2nd, 64.050).

"Anytime we get to perform in Michigan it's awesome, but to actually be in our hometown with a DCI Premier Event … it's just a real rush for us," said Legends Executive Director Ibe Sodawalla. He said that from the group performing the National Anthem, to the event volunteers, to the fans in the stands, the entire Legends organization had a big presence Saturday in Kalamazoo.

Following the two Open Class corps performances, Teal Sound (10, 69.800) took the field to kick things off in the World Class. Spirit (8th, 73.250) and Crossmen (9th, 72.500) both improved their scores slightly from previous competitions.

Third-year Crossmen bass drummer Lee Unfried said at this point in the season, the corps is driving to improve its 2010 production "Full Circle." 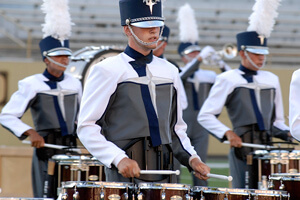 "It's got so much energy and loud applause moments. There are a lot of opportunities for crowd response making it really exciting to perform. We know that we have a good show, and now are just pushing, and pushing, and pushing to clean it up. [Doing that], you get better every single day," Unfried said.

Finishing the first half of the DCI Kalamazoo event were the Madison Scouts (7th, 78.600) with the crowd-pleasing "Slaughter on 10th Avenue" and "Rhapsody in Blue," echoing the 1975 Scouts of an earlier era.

After the intermission, the Blue Stars (6th, 79.900) again dazzled the crowd with "Houdini," continuing to fine-tune its production with a strong visual impact and a few musical changes.

Next, Phantom Regiment (4th, 83.800) took the field with "Into the Light," highlighted by another excellent performance from the current second-ranked percussion section.

The Boston Crusaders (5th, 81.250) had an especially regal performance of "Thy Kingdom Come," where the corps uses a prop throne to help convey the struggles and triumphs of a new king.

Third-year brass section member Scott Wynocker was pleased with the performance and the response of the Kalamazoo crowd. 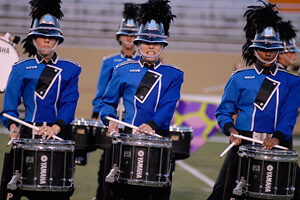 "It was amazing tonight," Wynocker said. "The crowd was really digging it. Energy, energy, higher energy. My favorite part of this production is probably getting onto the field. You have that feeling that this is my show, this is my kingdom, I'm going to go conquer it."

After the Cavaliers (3rd, 85.800) drove the crowd crazy with "Mad World," it came down to Bluecoats and Carolina Crown – the latter, after previously being undefeated in every contest, was bested by the former in Akron on Friday. And with impressive performances across the board Saturday, it was no doubt difficult to be a judge in Kalamazoo.

The Bluecoats (2nd, 86.250) still improved nearly a point from Friday in Akron, and the corps' members continue to strive for more improvements every day.

"Our goal is not what happened last night, it's what happens at the very end of the year," said Bluecoats low brass member Bryen Warfield. "Our organization has always been really, really good, and now we're trying to push the bar with where we're trying to go and just be the absolute best that we can possibly be."

View a complete recap of scores from the DCI Kalamazoo Premier Event.

Contributing to this report: Ryan Cain.