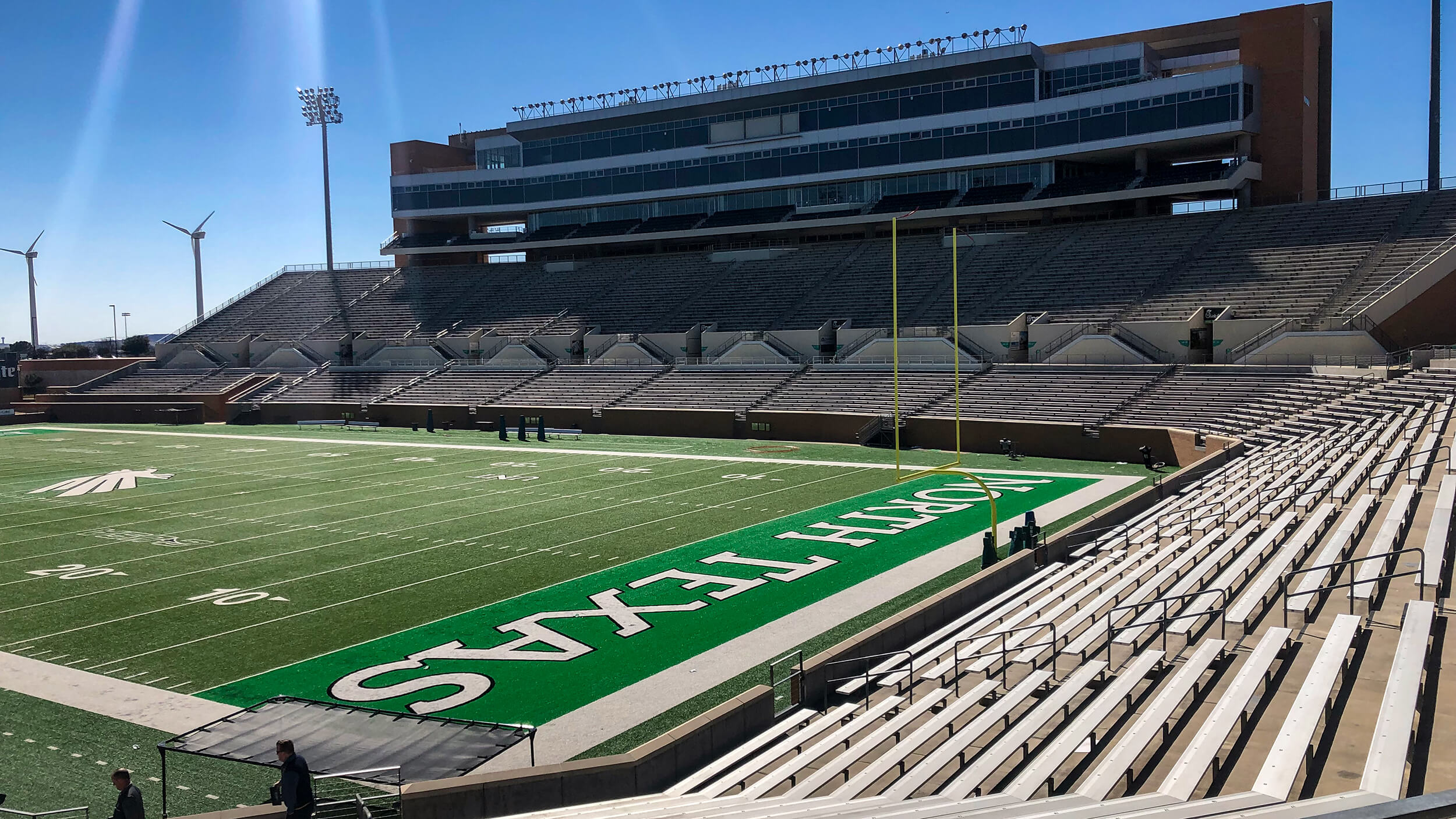 The DCI Tour will return to the University of North Texas in Denton on Thursday, July 16. Photo by: Drum Corps International

A scheduling conflict with the San Antonio Alamodome that will put the DCI Southwestern Championship on hiatus in 2020, will create the opportunity for Drum Corps International to stage more events in the state of Texas than ever before.

“It’s always tough when we can’t get into one of our perennial event venues on the date we need to make the summer tour work for our performing ensembles, and this is just the second time in more than 20 years we haven’t been able to align our schedule with our longtime partners at the Alamodome,” DCI senior director of event development Sue Kuehnhold said. “However, this has opened up a number of new opportunities for us across Texas which annually marks one of the best-attended and most-popular stretches of the DCI Tour.”

Notify me when Texas event tickets go on sale

The new-look Texas Tour will once again get its start the second full week of July kicking off with two events on Thursday, July 16, in Denton and Austin.

The Denton show heads to Apogee Stadium on the campus of the University of North Texas, after having done so for the first time last summer. The Kelly Reeves Athletic Complex in north Austin, which is part of the Round Rock Independent School District, also returns to the DCI Tour schedule for the first time since 2014.

A day following this summer's Texas debut, a seven-corps lineup will march through Houston on Friday, July 17, for a first-ever event at TDECU Stadium on the University of Houston campus.

With the Alamodome unavailable on Saturday, July 18, the annual DCI Southwestern Championship will split its usual lineup of corps into two separate events, with half competing in San Antonio at Judson High School’s D.W. Rutledge Stadium, which last hosted the DCI Tour in 2010.

The remainder travels to Corpus Christi for a first-time event at Calallen High School’s Wildcat Stadium. The Corpus Christi stop will be the furthest south the DCI Tour has ever been in the Lone Star State.

On the tail end of this year’s Texas schedule will be a return to Mesquite Memorial Stadium on Monday, July 20, before a final stop for a brand-new event about 30 miles north of Dallas at McKinney ISD Stadium.

Lineups for this summer's Texas event series will be released in conjunction with the complete 2020 DCI Tour schedule on Wednesday, November 20. Tickets are expected to go on sale in the coming months.