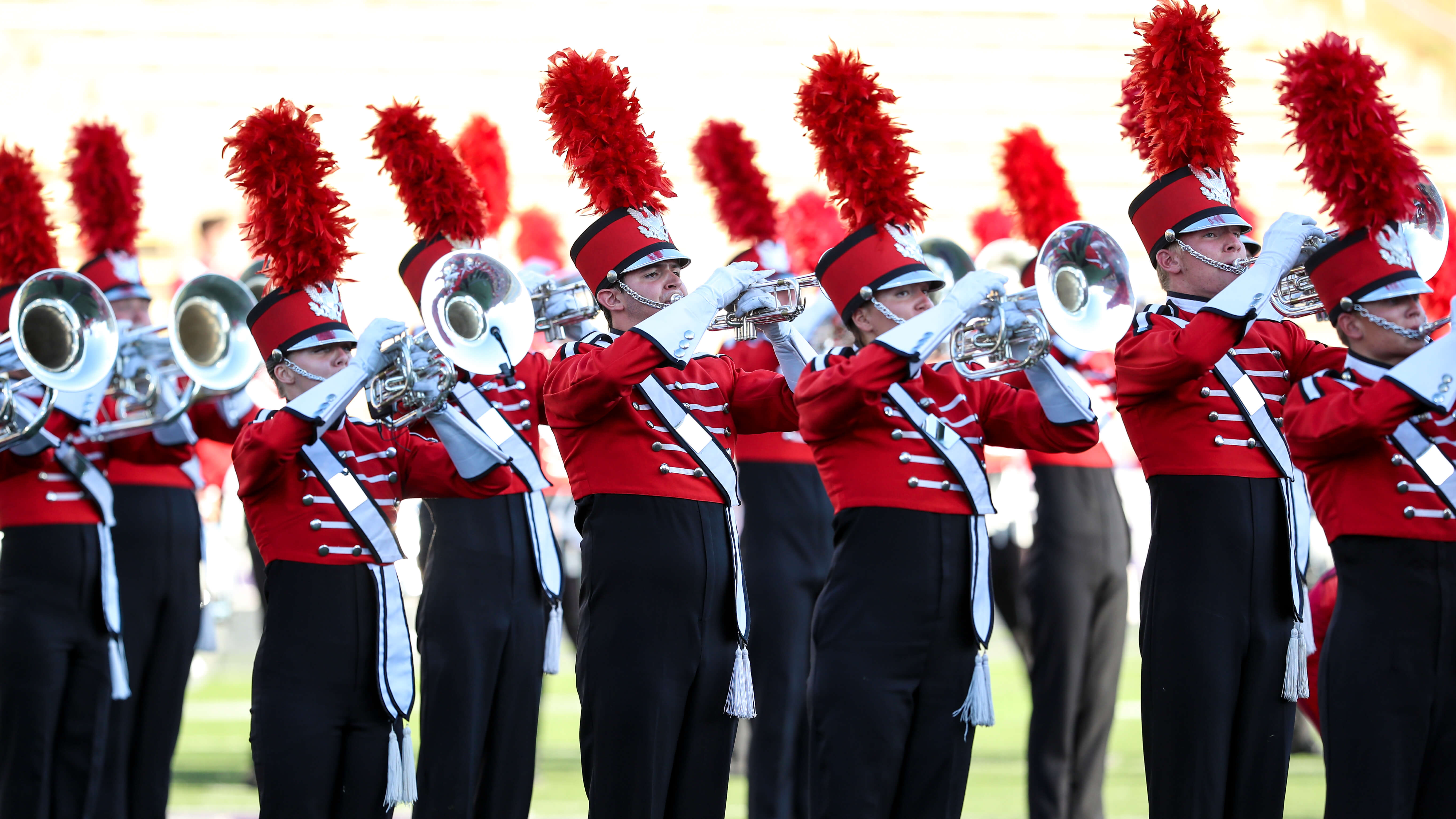 At this time a year ago, The Battalion’s season was over.

In 2017, the corps wrapped up its abbreviated season July 14 in Denver, Colorado. Once again, this past Saturday, one year to the date of their previous season’s conclusion, members of the Utah-based organization packed up and left the Mile High City following a performance at Drums Along the Rockies.

But this time around, the corps’ next stop wasn’t its Salt Lake City home.

Instead, the corps left Denver with another 10 days on tour, four competitive events, and a brand-new trip to California left on its extended schedule — just one of the many signs of noticeable growth in The Battalion’s third season.

“Our first two years, we spent all of this time in all-days, only to go on the road for six or seven days and then be done,” Battalion program director Mark Hartman said. “But now, we have two more weeks to our season. To go on the road and, night after night, share the field with some great competitors and share the love of music with everyone, there’s no other feeling like it in the world.”

In its young 2018 season, The Battalion is already making major strides competitively and operationally.

Following its performance on Saturday at Sports Authority Field at Mile High, the corps will traverse new territory, joining forces for the first time with several of its Open Class competitors from the Golden State. For the first time, the Utah corps will have a shot at performing with the likes of Vanguard Cadets and Blue Devils B, the Open Class division’s gold and silver medalists for the past five years.

Interestingly enough, The Battalion’s season will once again come to a close in Denver. This time, though, it’ll be on July 24, more than a week later than usual, at the Mile High Showcase, which will feature a handful of Open Class organizations.

“It’s certainly exhausting,” drum major Andy Blomfelt said. “It’s intimidating to look at the next week and a half and see six more shows and a laundry day that we’ve never done, all that sort of stuff. But it’s really exciting to know that there’s so much potential within this group that we haven’t been able to tap into yet.”

Ultimately, everything the corps learns from its broader 2018 schedule can be used to prepare for even longer travels in the future, and, eventually, a complete tour that extends all the way to the DCI World Championships in Indiana.

“We see this as an opportunity to grow not only on the field but off the field, behind the scenes, building our capabilities, so that when we do make the eventual jump to go to Championship Week, our organization is fully equipped to do so," Hartman said. "That’s really neat to be dealing with those challenges, but also a little terrifying at the same time.” 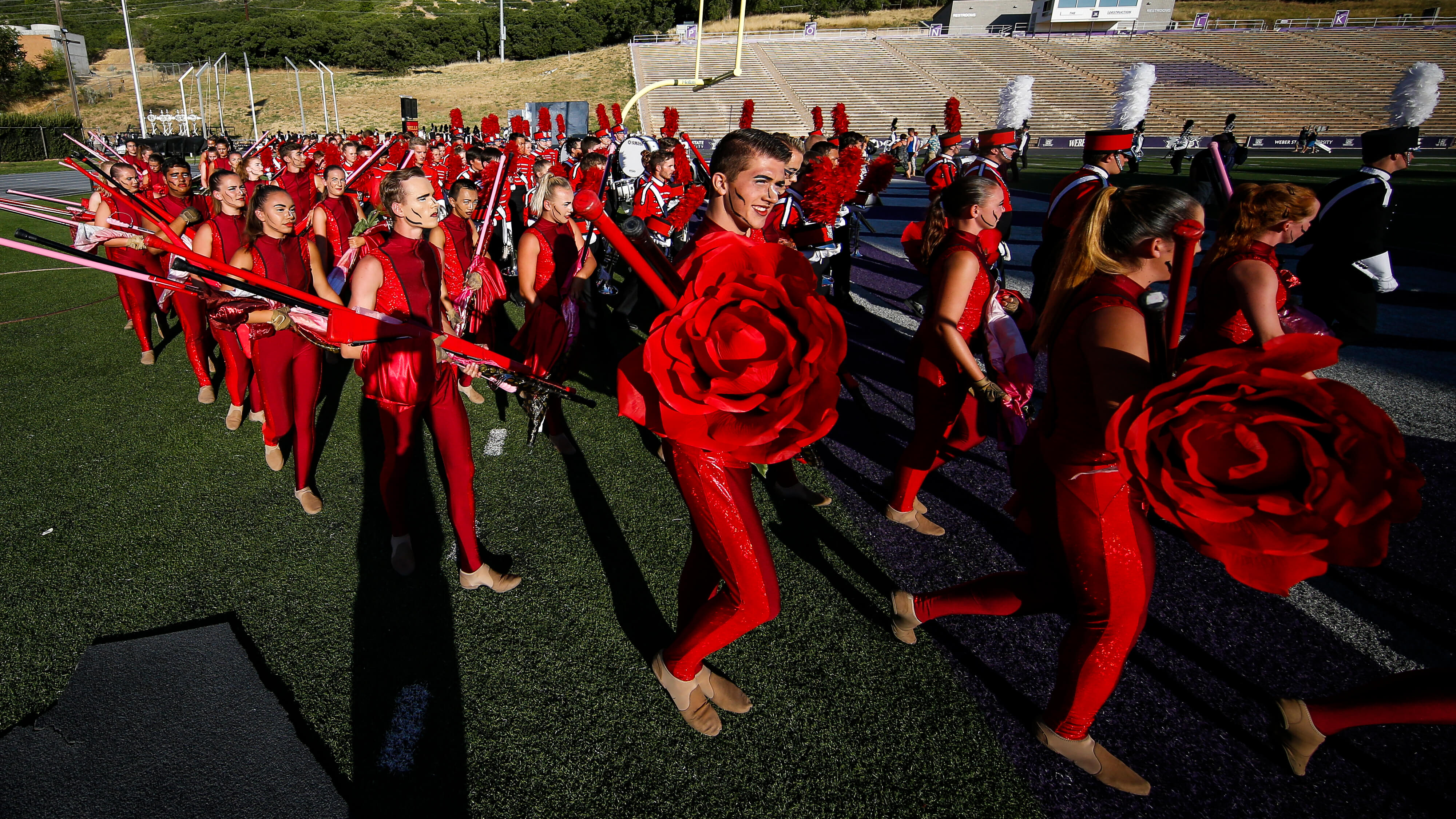 Members of The Battalion enter the field, July 11 in Ogden, Utah.

Before that’s going to happen, though, Hartman sees a handful of “benchmarks” the corps needs to reach financially and logistically over the next several years.

“We have our own front ensemble for the first time ever, we have a horn line, we have a battery,” he said. “The next step is some equipment trucks, a food truck, things like that, which will help us to get to the next level, to really prepare for the full-length tour.”

As far as the corps’ on-field progress is concerned in its third year, Hartman sees this year’s group as the strongest yet. In his eyes, the performers have responded quite well to a production that he considers to be a major step forward in difficulty.

It’s certainly showing up in the scoresheets; The Battalion is on pace not only to break its own individual record score of 59.100, set in Denver a year ago, but also to crack 60 points for the first time ever.

“This year, being year three, we started to take a few more risks, we’ve been asking more of our members in the development of the show design, as well as in our day-to-day rehearsals trying to push them to that next level,” he said. “This is really a growing year for us to set the foundation for years to come.” 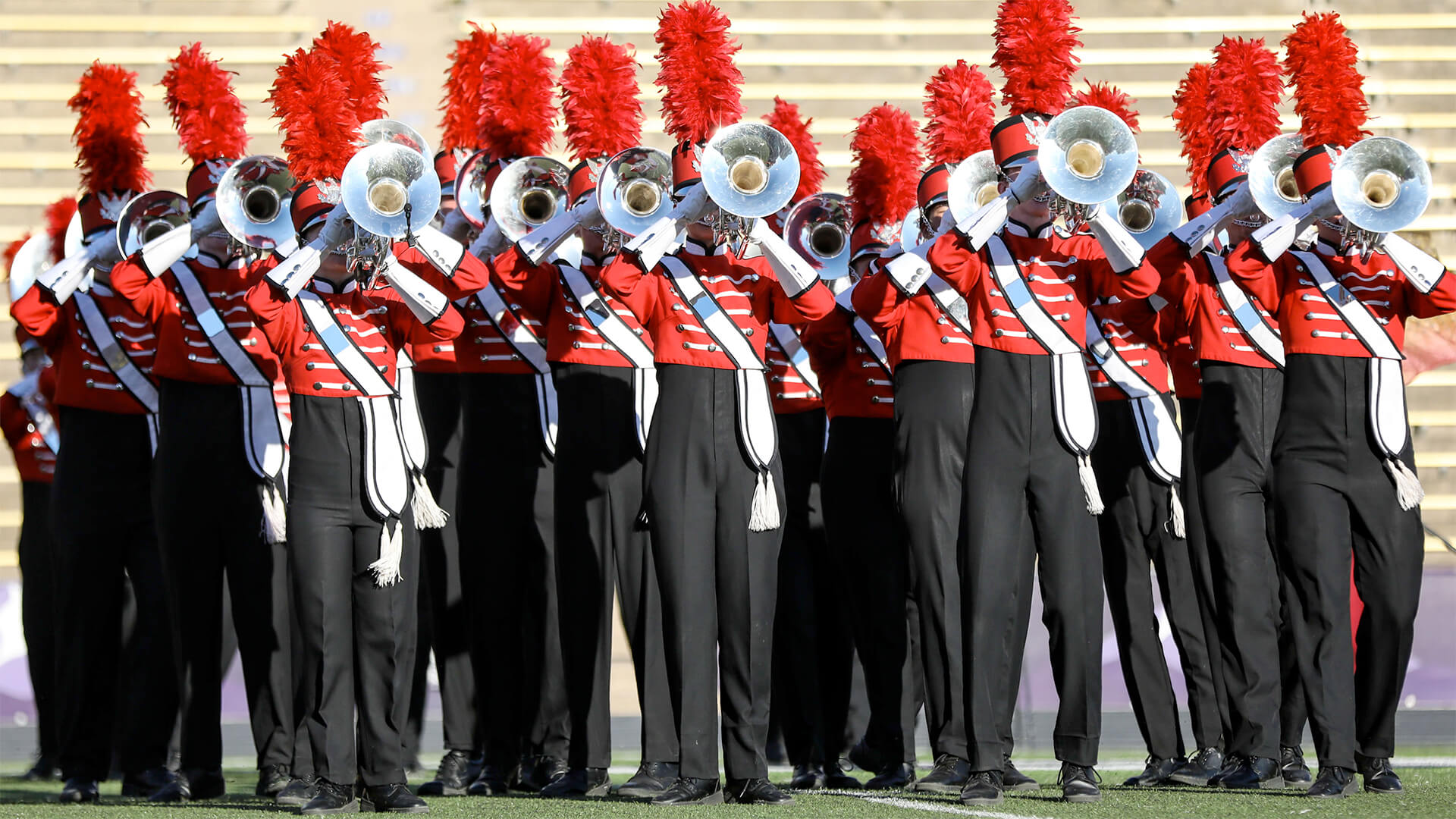 Members of The Battalion perform their 2018 program, "Seeing Red," July 11 in Ogden, Utah.

While competitive success and impressive performance quality are two key traits of a drum corps’ growth, Blomfelt — who’s been around since the inception of The Battalion — sees the organization’s cohesiveness as the biggest difference from year one to year three.

Having been a major part of the corps’ founding, in terms of helping set the culture from the group’s identity to its traditions, Blomfelt has enjoyed watching those ideas permeate through the membership.

“To see all of that come together and to see the group get behind those things is really interesting to see, because all of a sudden, these little ideas that we had as a drum major team, as a corps, as me and the staff, and the corps as a whole in 2016, are suddenly coming to fruition in the ways that we expected them to, and even more.”

And according to Hartman, that culture that’s been put in place — which is designed to provide a safe, welcoming and familial drum corps experience — continues to be the hallmark of The Battalion.

“My favorite thing about The Battalion is the environment that we provide for our students,” he said. “Providing that family atmosphere, where everybody can focus on becoming the best performer they can be, the best human being they can be, is something that’s truly special and we’re all very proud of.”