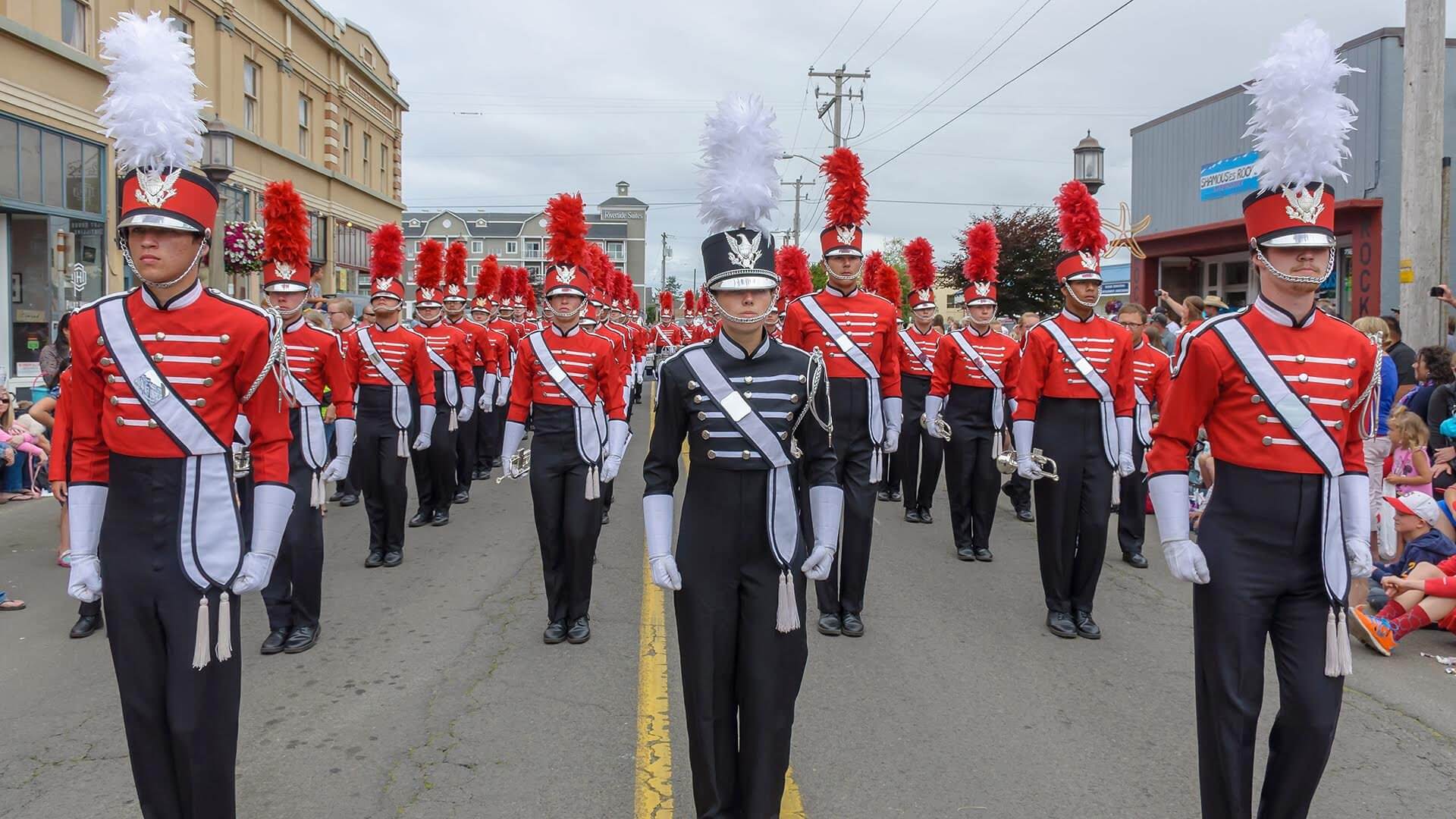 Battalion members took to the streets of Seaside, Oregon on the Fourth of July.Photo by: Drum Corps International
Joining a portion of the 2016 Drum Corps International Tour this July was The Battalion, a first-year Open Class corps formed to meet both the musical and personal needs of youth in the organization's hometown community. Based in Salt Lake City, Utah, the corps was founded on the principles of good character, community outreach, and the need for a summertime marching music outlet in the area. The ensemble competed in five different events this season, wrapping up on July 7 in Ogden, not far from the corps’ home base.Battalion director Dallin Hatch spoke fondly of the corps’ last performance of the organization’s inaugural season: “Everything went right, it was their best run, and the crowd response was incredible. We’ve been working on [the corps] for two and a half years and I was bawling. I was bawling in the stands.”With 60 percent of the corps’ membership from Utah, Hatch said the show in Ogden not only marked the culmination of the group’s season-long efforts, but also its years of hard work to get a drum corps up and running in its community. 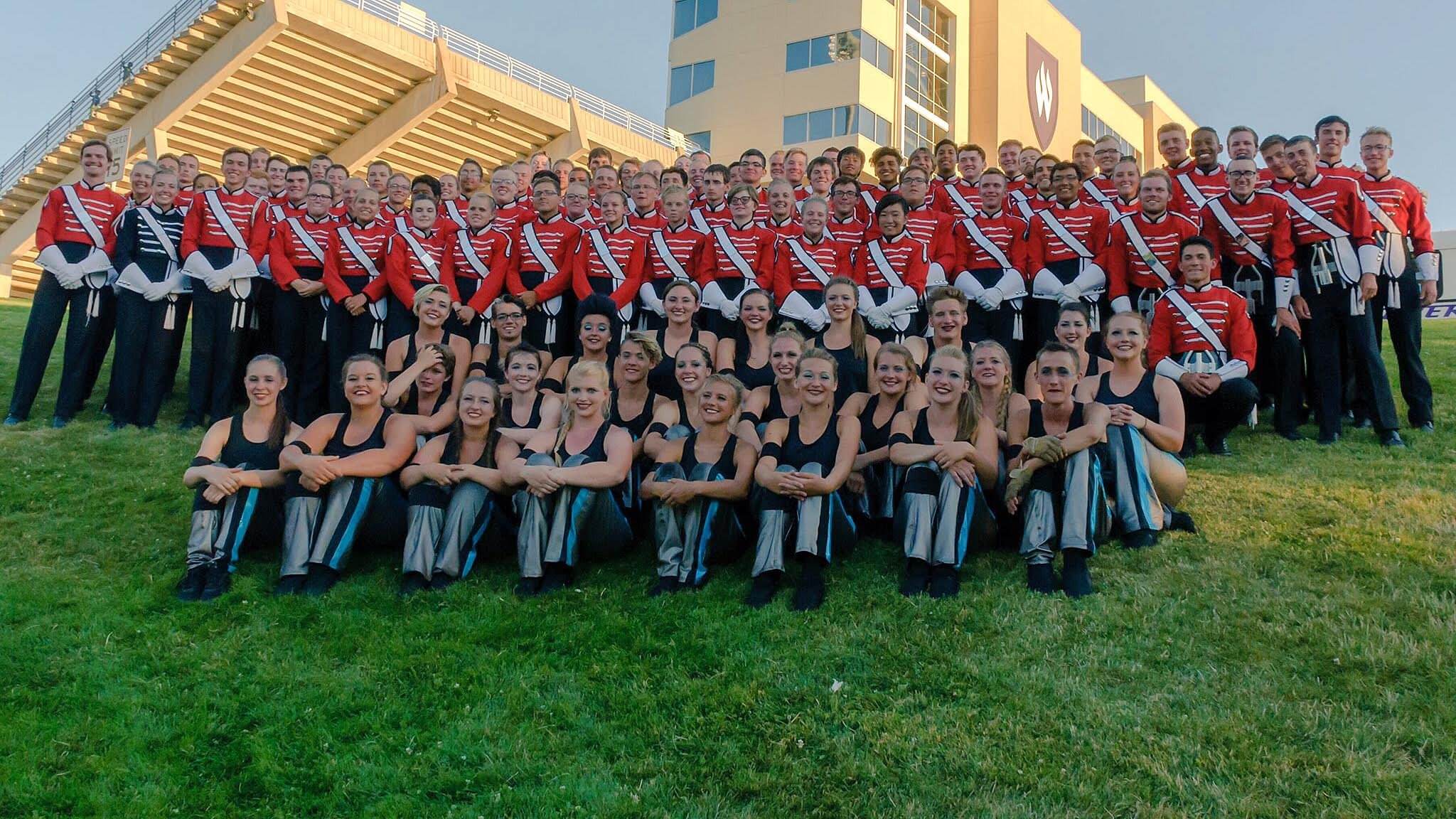 Primarily from Utah, Battalion members also came from six other states in 2016.

“If you’re looking to start a drum corps, make sure you know what your voice is and what you’re adding to the activity,” Hatch said. “That can be something as simple as ‘there’s nothing in my area’ or it can be something like what we’re doing with the facilitation of people’s religious backgrounds.”
The Battalion prides itself on lowering entry barriers and creating outlets for all musicians, as the corps allows members time on Sundays to participate in religious services if they so choose. Hatch said the corps also uses these days to conduct community outreach projects, something he hopes to expand greatly in the future.“Our mission is to build kids with character, build their leadership skills, their artistry, selflessness and spirituality,” he said. “That’s why the service component is so important to us. Drum corps is about building community leaders, people of character, and if we’re not doing that, what are we doing this whole activity for?”This season, the corps welcomed 104 members from seven different states including Utah, Hawaii, Missouri, Texas, Nevada, Colorado and Virginia.“What we learned is we’re serving a bigger need than we realized,” Hatch said. “A lot of kids aren’t ready for [a World Class corps experience] and are geographically or financially kept out of the activity. We needed something out there to catch all that extra talent.” 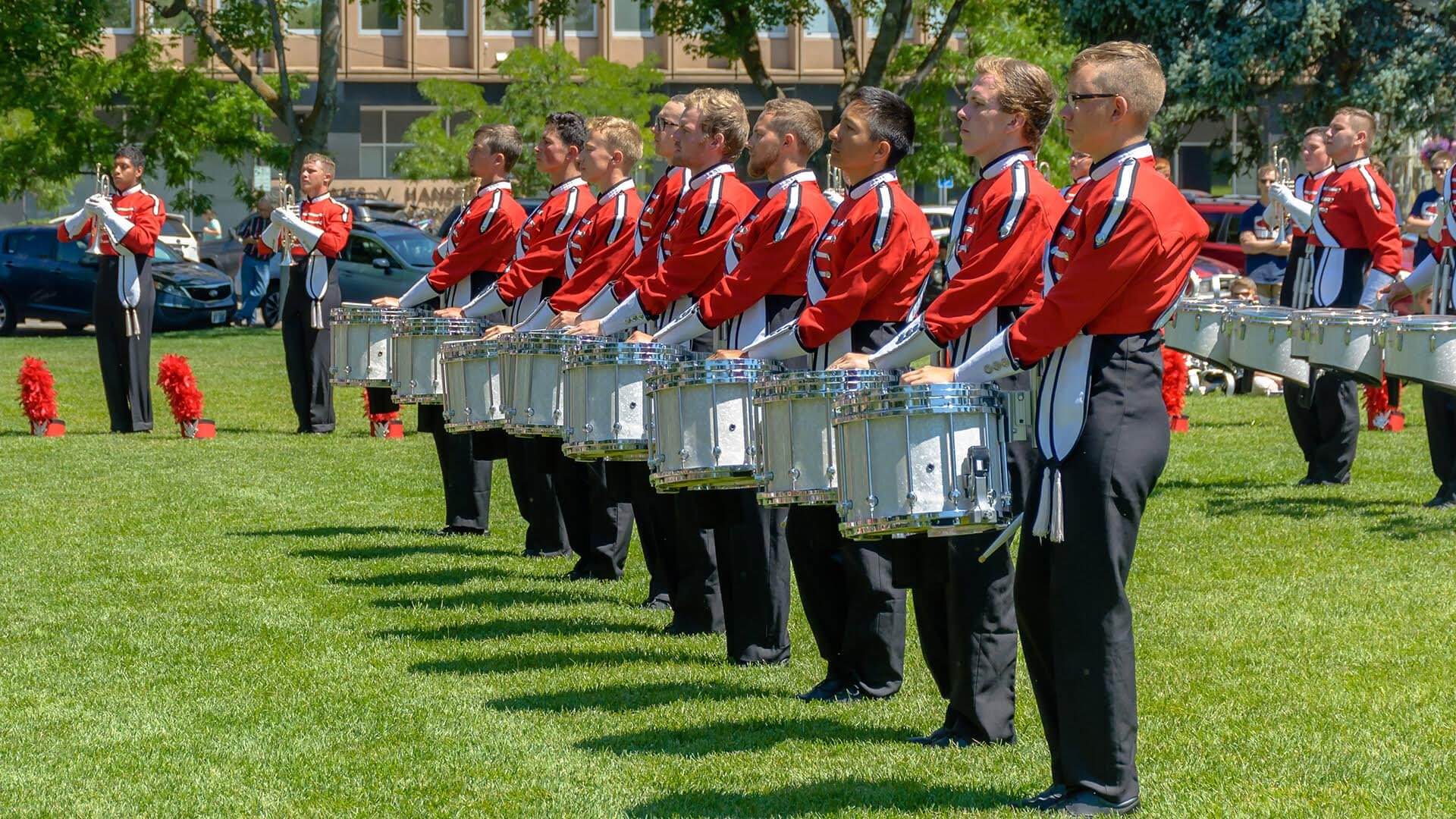 The Battalion's first season in DCI's Open Class brought the corps to five different events over a week-long tour.

Decked out this season in old Boston Crusaders uniforms that were last used by the World Class corps in 2013, The Battalion marched onto the competitive stage for the first time both looking and sounding like a more experienced group, according to Hatch. He said the group’s first show in Auburn, Washington previewed the success of the rest of the season.“I think the community there is really drum corps savvy, and they know how hard it is to get a corps off the ground,” Hatch said. “This didn’t look and feel like a first-year corps. The crowd’s response to that show—lots of applause, a standing ovation at the end—the [members] were on cloud nine.”Looking toward The Battalion’s future, Hatch said he hopes to add two more tour stops for the corps in 2017 beyond the events they attended this summer. He says the goal is for the corps to make an appearance at the DCI World Championships within the next five years, once funding allows.“There’s no doubt that these kids can perform on that level and deserve to be there along with the staff,” Hatch said. “I’m just thankful for [this season’s] result, and we couldn’t have written the story any better if we tried.”