Billy Happel has a unique story and perhaps laid the groundwork for the incredible enterprise that today sells all sorts of DCI products to an eager public. I was born and raised in LaCrosse, Wis., and was an original member of Blue Stars in 1965, the corps first year as a parade corps. I played French horn in the corps from 1966 through 1969 and took off 1970 at the request of my parents, who wanted me to make money for college. I missed corps so much I rejoined in 1971 and was the corps drum major from then through my ageout year of 1974. I moved to Wausau, Wis., in 1975 to instruct the now-defunct Wausau Story. We took first place at the DCI World Championships in 1976 in what was then known as Class A. I've been on the Blue Stars board of sirectors the last three years and travel with the corps extensively during the summer. 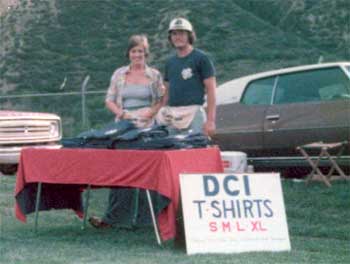