Name, age, hometown: Justin Wier, 18, Roanoke Rapids, N.C. What corps are you in and what is your role this summer? I played second mellophone with the Crossmen this summer. Where I go to school and what I'm studying: I go to the University of North Carolina at Chapel Hill (2005 NCAA Champs!), and I'm currently studying to be a chemistry major, but we all know how often one's major changes ... Give us your full drum corps/marching music background. I first started playing in the marching band at my high school when I was in 8th grade. They sometimes allowed students from the middle school (6th-8th grades) to play with the high school marching band. They needed a baritone hole filled, so I stepped up to the challenge. 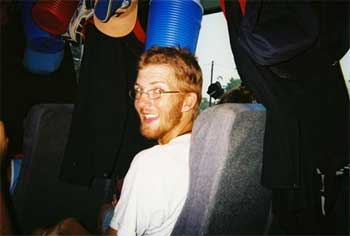