Name, age, hometown: Kristen "KK" Richard, 17 years old, Big Spring, Texas What corps are you in and what is your role this summer? I march with the Crossmen in the rockin' mellophone line! Give us your full drum corps/marching music background. I marched French horn in my high school marching band my ninth and 10th grade years and drum major this past year. In 2003, I marched in one corps as lead mellophone; in 2004, Crossmen as second mello. 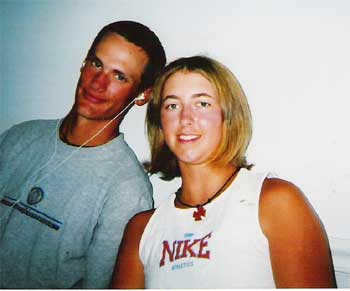