This picture was submitted by Michael McIntosh, music coordinator and percussion arranger for the Bluecoats. 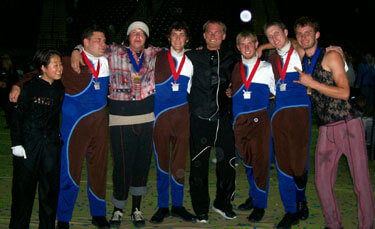 I am thrilled the members are able to perform both with DCI and WGI groups, as it only makes them stronger performers and better people!