Luis Mora, a 2006 member of the Blue Devils, sent this picture. 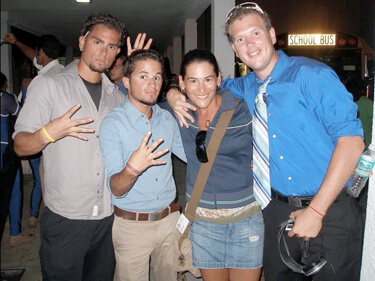 This picture is of most of the Flanagan High School visual staff. All four of us taught at the school after getting back from drum corps tour. It seriously was the best time of my life.