A new "The Field Pass with DCI's Dan Potter" audio feature for DCI Season Pass subscribers has been posted. Listen to the first portion of this installment. 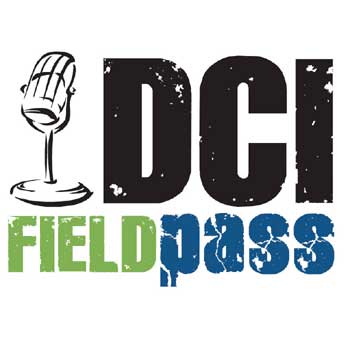 Contents of The Field Pass: This month's DCI Field Pass with Dan Potter goes behind the scenes at the DCI Winter Meetings in Pasadena, Calif. From debate over rules changes to brainstorming about where drum corps is headed in the future, The Field Pass covers it all. This portion of the show highlights a bold proposal from the city of Indianapolis to move DCI World Championships (as well as DCI's permanent offices) to the Circle City. The Field Pass with DCI's Dan Potter is a half-hour audio magazine featuring the performers, designers, instructors and fans of the world's top drum corps. Season on! Grab your Field Pass and let's go to the stadium! Dan Potter is well-known to DCI fans as a frequent field announcer. If you're a Season Pass subscriber, login and look under the Off-Season Coverage pull-down menu.