Sgt. First Class Timothy L. Tilley of the United States Army has been a regular contributor to "Fanfare," and I really look forward to hearing from him because of his insights and perspectives. We last heard from Sgt. Tilley in "Drum Corps, Freedom and Sacrifice," (July 2, 2004). Prior to that, he submitted the column for the 2003 Veterans Day, "Clapping and Screaming for Freedom," (November 7, 2003) and "Beating a Cadence of Strength," (November 15, 2002). That column remains one of the most amazing discourses on drum corps I've ever read. 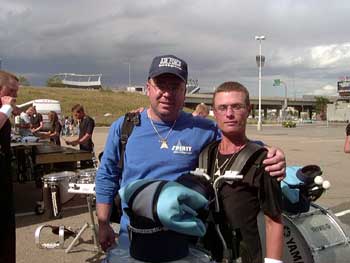