Last week on DCI.org we heard from multiyear corps veterans, and why they stay at one corps for years on end. Later this week, we'll be taking to new drum corps members about their experiences thus far. In the meantime, Mallory Klaunig, a drum corps veteran we featured last week, took the time to dole out some valuable drum corps advice to rookies. "The showers will be cold, the sun will be hot, and at some point you will have to stand at attention while mosquitoes the size of your fist chew on your face. Suck it up, that's drum corps. 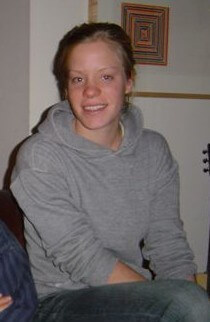 Mallory Klaunig
Klaunig continued. "If you're having a hard time, just take it day by day. And if you're having a hard day, take it block by block. "Ten weeks of straight drum corps servitude is a lot to approach mentally, especially when you don't really know what to expect. Pat Seidling always tells us to take a step back once in awhile and put things into perspective. Wise words. "Try not to get too down on yourself about ticks -- it'll only make you tick more. Remember that if you're on the field, it's because the staff decided you're good enough. But when the staff tells you you suck, you do. They have no reason to lie," Klaunig said.