This week on DCI.org we'll be hearing from multiyear corps veterans, and why they stay at one corps for years on end. Michael Terry, a baritone player with the Cadets, is about to embark on his seventh year with that 2005 World Champion corps. He auditioned for and made the corps in 1999, as an 8th grader, after his parents served as volunteers. Seven years is a long tenure anywhere -- and by the time Terry, a sophomore music education major at Columbus State University in Columbus, Ga., ages out in 2007, he'll have been a member of the Cadets for the better part of a decade. 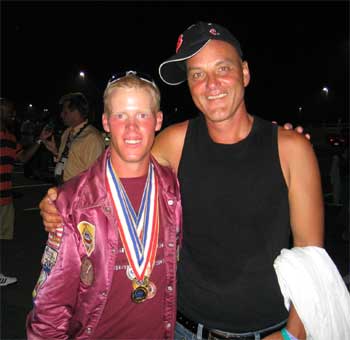