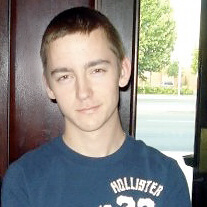 Christopher Craig
Christopher Craig, 20 California State University, Fresno Pacific Crest Trumpet, 2007; Pacific Crest Euphonium, 2008; Santa Clara Vanguard Trumpet, 2009 How did you choose your corps? In 2006, I saw Pacific Crest at a local show in my hometown. I already had the drive to do drum corps and figured that Pacific Crest would be a great place to start my experience. Auditioning for the Santa Clara Vanguard was inspired by my high school band director (a 1989 alum), Chris Williams (also an alum and my marching instructor at Fresno State), and a good group of buddies who had marched lots of places before. In the end, I found out that Vanguard chooses you, you don't choose Vanguard. In your experience, what's the best way to prepare for an audition? Honestly, I just put in the time. I am a very busy college student, but I made the audition material part of my practice routine. The only way to cut the nerves associated with auditioning is preparation. You have very little to worry about if you prepare. Integrate physical training, the audition music and marching into your daily schedule. Ultimately your audition doesn't need to be perfect, but the staff members can tell when people don't put the time into preparing. What can a prospective corps member expect when he/she shows up for an audition weekend? First of all, know that everyone is usually feeling slightly nervous about the auditions. However, the staff is not looking to throw anyone off. The staff is there to help you through the process and not to put fear into you. The auditions run a lot like a winter rehearsal camp would run. The audition process I went through with the Vanguard was a lot of playing and only a small amount of marching. For me, I just accepted that I was going to be nervous and it helped a lot. Know that the staff is there to help you improve. The first time you auditioned, was the process different from what you expected it to be? The auditions were much less stressful than I thought they would be. It was a little intimidating being around so many people auditioning, but really the process ran very smoothly. Were you nervous at your audition? I do not know anyone who goes into an audition without being nervous. As I previously mentioned, you just have to accept that you are going to be nervous. In the end, you can only put your best out there. Do not try to do anything different in the audition than what you have already practiced. That will only lead to problems. What do you think is most important for someone to take away from the audition experience? Absorb as much information as possible while you are at the auditions. For those who are thinking about going into music education; the staff usually demonstrates lots of great teaching techniques and also provides a lot of valuable information pertaining to teaching in a marching band setting. Any other advice? Think of the audition as another chance to get better. The audition should not be something you go through in fear. Talk to the veteran members and those around you and make some friends. Whether you make it or not, life goes on and the audition experience can only help you in other areas of life. The drum corps activity is one of the greatest experiences you can ever have in life and that starts with the auditions. Just remember, it is not as bad as you think it might be. Have some fun, be excited, learn something new and make new friends. Learn more about corps audition dates, locations and additional info.