DCI.org asked fans tell us what they're excited for in 2006. The response was huge, and here's just a little bit of what they had to say. Gary D. Midland, Texas: Drum Corps events are more than events to me. There is so much "bad news" in our minds these days, that DCI events (including the one we host) provide a look into the good things that are a part of today's world. It is the time of year to check scores, programs, tour schedules and volunteer lists. It is a time to lose myself in an activity that stands for friendship, artistry, competition, memories, team work, and fun. What an awesome thing to look forward to and to be involved with! Bring it on! 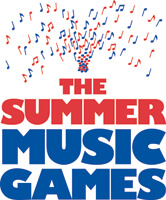