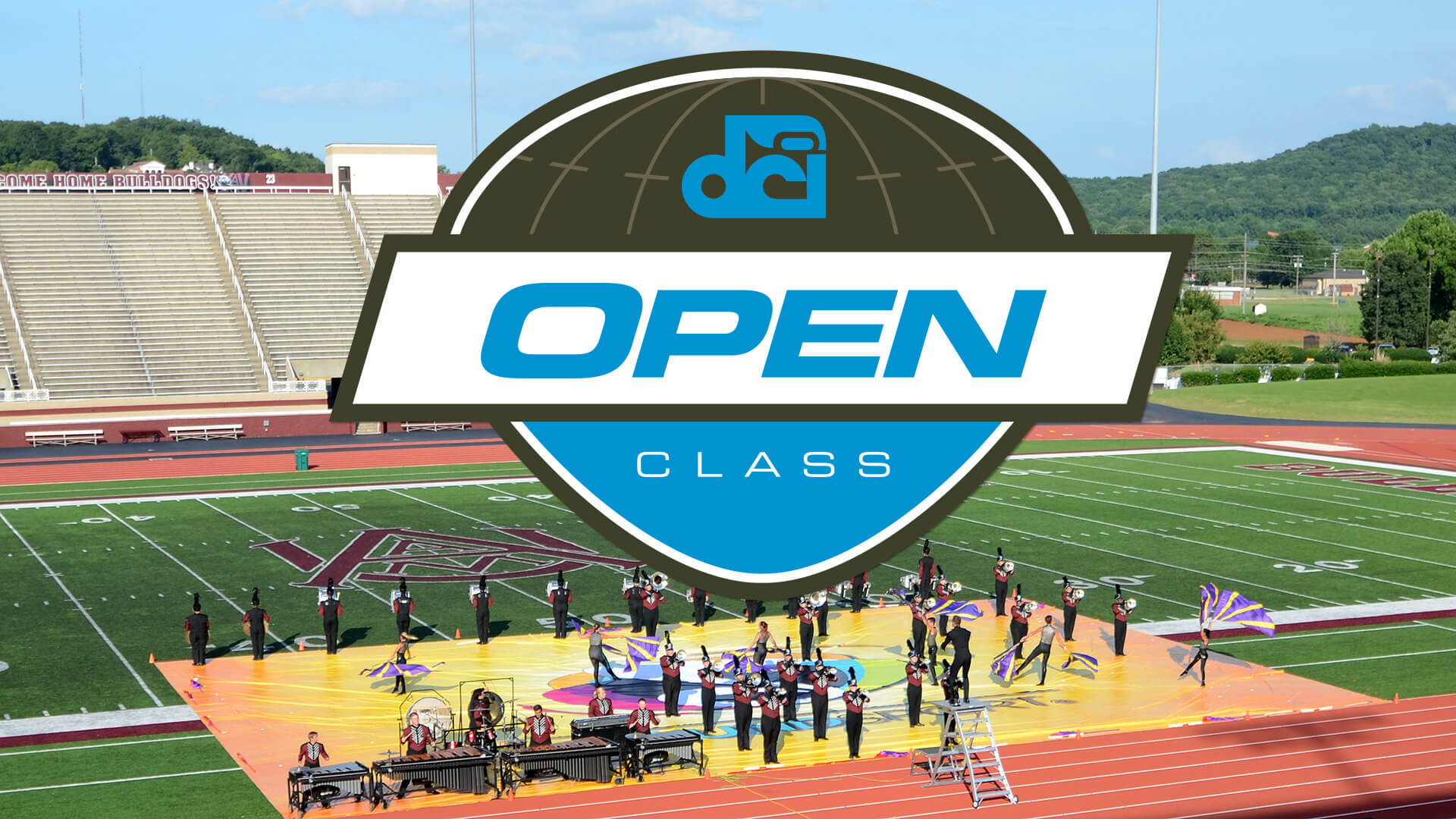 After seven new and re-emerging groups took the field last year, another three will be taking part in DCI Tour events in 2015: Southwind from Mobile, Alabama, Heat Wave from Inverness, Florida, and River City Rhythm from Anoka, Minnesota.

“There’s a renaissance taking place in the drum corps activity like we have not seen since the 1960s or 1970s,” says DCI Open Class Coordinator David Eddleman. “While they’re each different, all of these new groups are coming in with a strong plan for growth within their own communities, which will help them grow within DCI as well.”

“SoundSport and DrumLine Battle help startup and reemerging groups to experience immediate success, amplifying their efforts at home while helping them to gain visibility and greater success with recruitment of members, volunteers and supporters,” he said. “Although there’s certainly no pressure to move from one of these programs into fielding a competing drum corps ensemble, the framework can certainly be a tremendous asset to organizations with those aspirations.”

Songs of the South 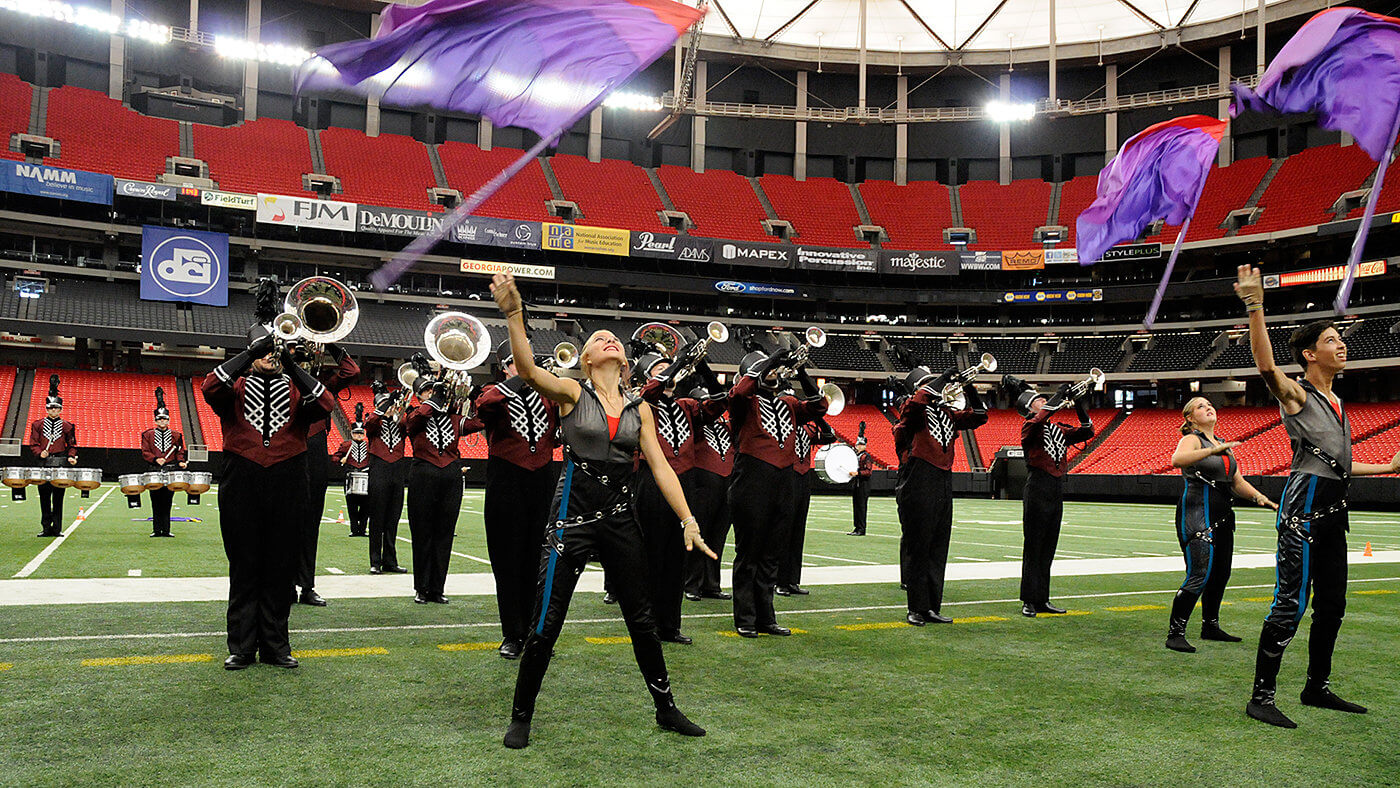 Southwind is a familiar name to many drum corps fans. Originally formed in 1980, the group competed in the World Class (then Division I), then followed an on-and-off again path before going on hiatus in 2007. In 2011, the Southwind Alumni Association decided to revive the group while creating a more stable platform for its growth.

After devoting a few years to securing sponsors, recruiting members, and setting up its administration, the organization fielded a 50-member SoundSport team in 2014 in preparation for re-entering DCI competition as an Open Class ensemble.

Southwind plans to attend a handful of DCI Tour events in 2015 including events in Mississippi, Alabama and Georgia.

“It's new blood, but old bloodlines,” Southwind Director Greg Gumina says. “Even though the corps has been in existence since 1980, this is a brand new startup for [us]. A faithful group of [alumni have] put this venture together and we are working to provide the members what they need to be successful both on and off the field.”

The Heat is On 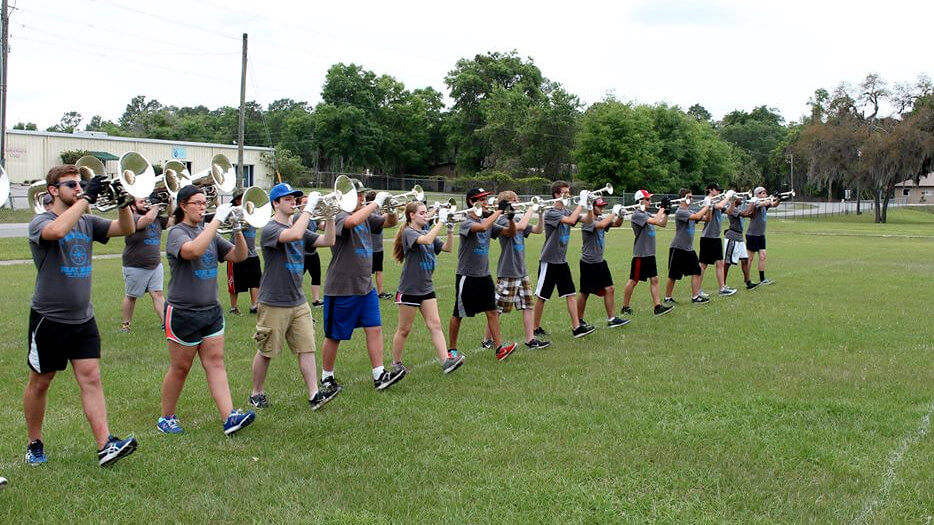 Members of Heat Wave's horn line spent time outside preparing for their 2015 debut during a recent rehearsal in Florida.

Formed just last year, Heat Wave has less history of its own to fall back on, but the corps will be the first DCI group from the Sunshine State poised to take the field since Teal Sound left the scene in 2012. “Our administration and staff has been working hard to bring a DCI corps back to Florida,” corps director Jon Otero says.

The organization currently has a cadet program for members ages 12 to 15 to go along with a more advanced corps for members between 16 and 21, which is expected to take part in two DCI events this summer in Alabama and Georgia.

“We would also like to eventually add other performing ensembles such as indoor percussion and indoor guard to the Heat Wave family in the future,” Otero says.

Take Me to the River 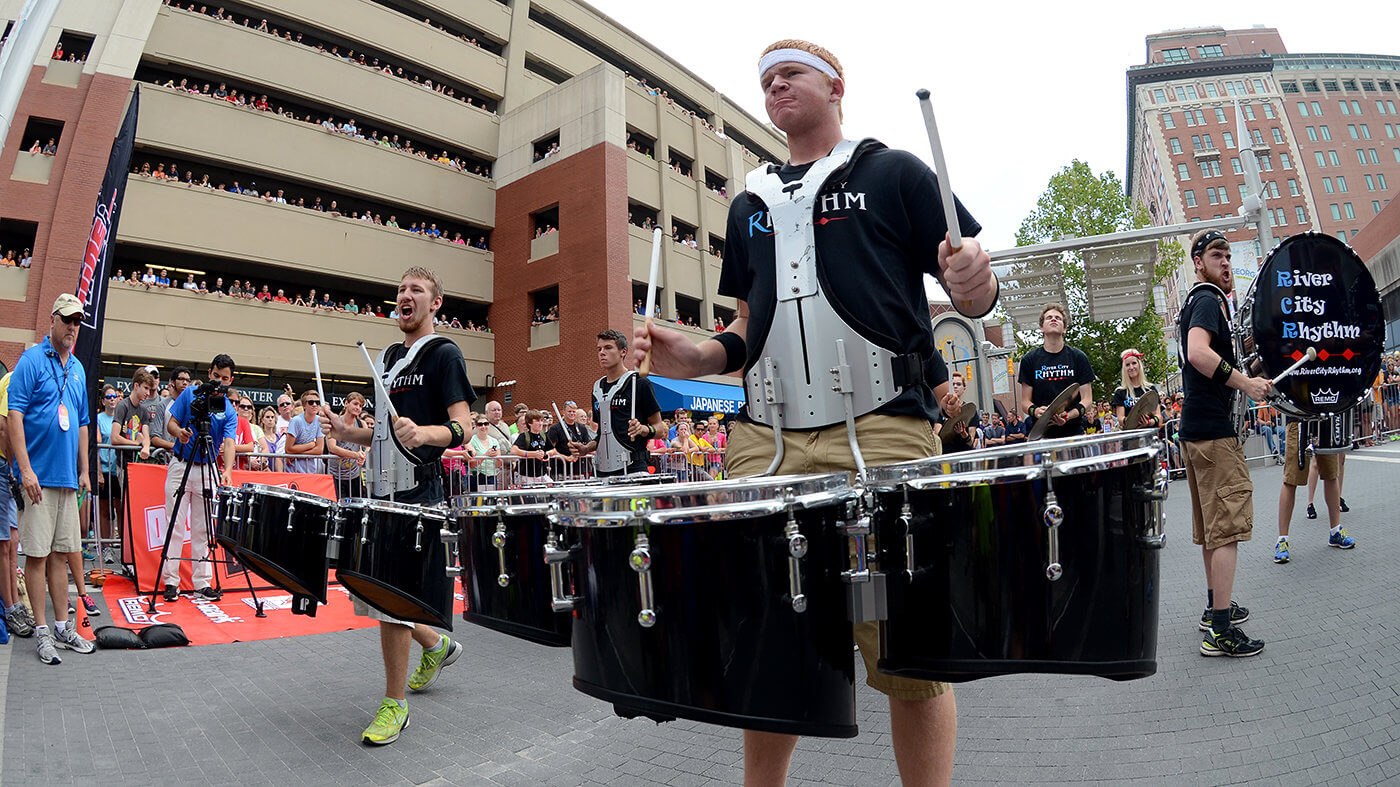 For River City Rhythm, becoming a DCI corps has been a long-term goal. The group began in 2009 with an independent indoor percussion ensemble whose success on the floor—Class A finalists 2010-11, Open Class finalists 2012-15—led to the formation of a WGI World Class color guard in 2014.

In what Eddleman describes as “wise planning,” River City Rhythm—which plans to be at several events in the upper Midwest this summer—is keeping the group small enough to fit in one bus for its inaugural drum corps season.

But with Minnesota’s strong tradition in marching band and the nearest of DCI's World and Open Class corps hundreds of miles away, director Beau Hansen sees plenty of room to build.

“We knew there was strong interest in the activity,” he says. “We wanted to set ourselves apart and offer something different—the DCI experience!”